Pope Francis takes aim at anti-mask protesters: ‘They are incapable of moving outside of their own little world’

The Spanish Steps are free of tourists. The Trevi Fountain is blocked off with yellow ‘caution’ tape. Two nuns cut a dramatic silhouette across an empty Peter’s Square 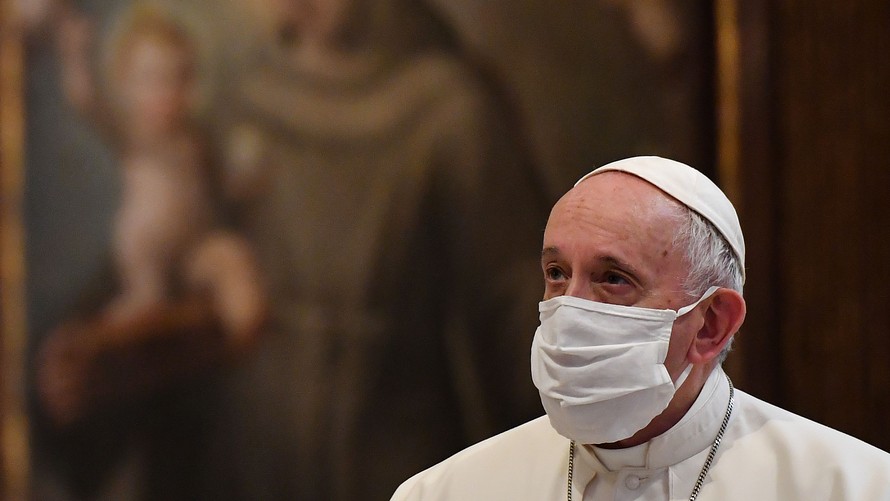 AFP via Getty Images
Pope Francis arriving for a prayer service last month at the Basilica of Santa Maria in Aracoeli in Rome.

In his new book, “ Let Us Dream: The Path to a Better Future ,” to be released Dec. 1, the head of the 1.3 billion–member Roman Catholic Church lambastes those who protest the health measures aimed at reducing the spread of COVID-19: “Some groups protested, refusing to keep their distance, marching against travel restrictions — as if measures that governments must impose for the good of their people constitute some kind of political assault on autonomy or personal freedom,” he writes.

‘You’ll never find such people protesting the death of George Floyd, or joining a demonstration because there are shanty towns where children lack water or education.’

He goes further, and contrasts those who dig in against health measures with anti-mask protests. “You’ll never find such people protesting the death of George Floyd, or joining a demonstration because there are shanty towns where children lack water or education, or because there are whole families who have lost their income,” he adds. “On such matters, they would never protest; they are incapable of moving outside of their own little world of interests.”

The pontiff is pictured on the cover, with a sky-blue background and a dove, but inside he vents his frustration at how some have handled the pandemic. Indeed, the publisher says he offers “a scathing critique of the systems and ideologies that conspired to produce the current crisis, from a global economy obsessed with profit and heedless of the people and environment it harms, to politicians who foment their people’s fear and use it to increase their own power at their people’s expense.”

One month into national restrictions that closed cinemas, pools and gyms, and require restaurants and bars to close at 6 p.m., people took to the streets to show their ire over the impact on their businesses. There have been demonstrations in the northern cities of Turin, Genoa and Milan and smaller cities like Florence, Palermo on the island of Sicily, and in Naples. In one incident of many such incidents, a Gucci luxury-goods store was looted in Turin.

In the book, Pope Francis, 83, also took aim at COVID-19 deniers, and the politicians that encourage them. “Some media have used this crisis to persuade people that foreigners are to blame, that coronavirus is little more than a little bout of flu, that everything will soon return to what it was before, and that restrictions necessary for people’s protections amount to an unjust demand of an interfering state. There are politicians who peddle these narratives for their own gain.”

The pope is not wrong about the unhappiness that lies beneath the surface. It has reached breaking point in cities around the world. But despite anti-lockdown protests and even clashes with police, Romans have for the most part been dealing with the latest restrictions stoically. A white-haired, bearded artist in this reporter’s piazza stands in a portico sheltering from the rain, his unsold paintings covered in plastic. “ Buongiorno ,” he says, smiling, as he does every morning.

This story is part of a MarketWatch series : Dispatches from a Pandemic 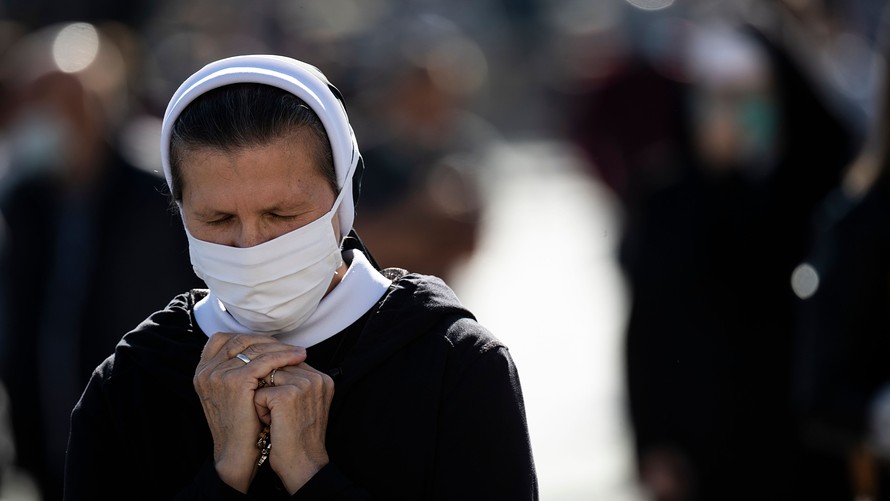 Restaurateurs stand to attention patiently waiting for customers that never come. The Spanish Steps are free of the tourists jostling for space to sit. The Trevi Fountain is blocked off with yellow masking tape. Two nuns cut a dramatic silhouette across an empty Peter’s Square. As the world appears to stand still, they walk briskly. They, at least, have somewhere to be. Even before museums and galleries were closed, there were no lines outside the basilica. Pigeons outnumbered people.

But there are signs that none of this peace is, or should be, taken for granted. Close to the Spanish Steps, Trevi Fountain and other large public spaces like the ornate Piazza Navona, Carabinieri in green fatigues loiter, armed with machine guns. After a suspected terrorist attack in Nice last month, when three people died in a knife attack, the fourth branch of the Italian armed forced are taking no chances, even with the obvious lack of sightseers milling about with cameras and backpacks.

Italian Premier Giuseppe Conte, meanwhile, saw how the 10-week lockdown earlier this year took a toll on people. Italians hoped that the worst was over. He took a mixed approached the second time around. He introduced a three-tier system: red zone for the strictest lockdown, an orange zone with high risks and a moderate-risk yellow zone. Conte and his COVID-19 team appear to have decided against a green zone, in case it gave the impression that people could throw caution to the wind.

Close to the Spanish Steps, Trevi Fountain and other large public spaces like the ornate Piazza Navona, Carabinieri in green fatigues loiter, armed with machine guns.

People in red zones may not leave their homes unless it’s for an emergency, essential shopping or health reasons. In orange zones, bars, restaurants, gelato shops and bakeries must close; people cannot leave their municipality, except for health or emergency reasons. For some, it is essentially a traumatic repeat of those 10 weeks earlier this year. The yellow zones have freedom of movement within those zones, but in Rome all galleries and museums and gyms are closed.

The country is a color-coded patchwork of restrictions. Red zones include Tuscany in central Italy and Campania in the southwest, as well as Lombardy, Piedmont and Valle D’Aosta in the north, and the province of Bolzano and Calabria located on the “toe” of southern Italy. Emilia-Romagna, Friuli, Marche, Abruzzo, Basilicata, Liguria, Puglia, Sicily and Umbria are in orange zones. Lazio, where Rome and the Vatican are located, plus Molise, Sardinia and Veneto, are in the yellow zones.

Walter Ricciardi, the government’s COVID-19 consultant, said the government will rule if another national lockdown is necessary. In Campania, which includes Naples, hospitals risk becoming overwhelmed by the number of coronavirus patients, health authorities have warned. “The situation in Campania is out of control,” Foreign Minister Luigi Di Maio told La Stampa . He called for people to restrict their movements to prevent community transmission. “People are dying,” he said.

As people across the U.S. still debate mask mandates, the perils of not wearing this protection and how such directives may impinge on individual liberty, Italy this month introduced a national mask mandate, and extended a national state of emergency to January. People in Italy must wear a mask outdoors or risk a fine of 1,000 euros ($1,163). Those who sit outside at restaurants are not required to wear masks while eating and drinking. Otherwise, in Rome, it’s rare to see anyone without one.

Also see: If you insist on talking about politics this Thanksgiving, follow these 5 rules of engagement 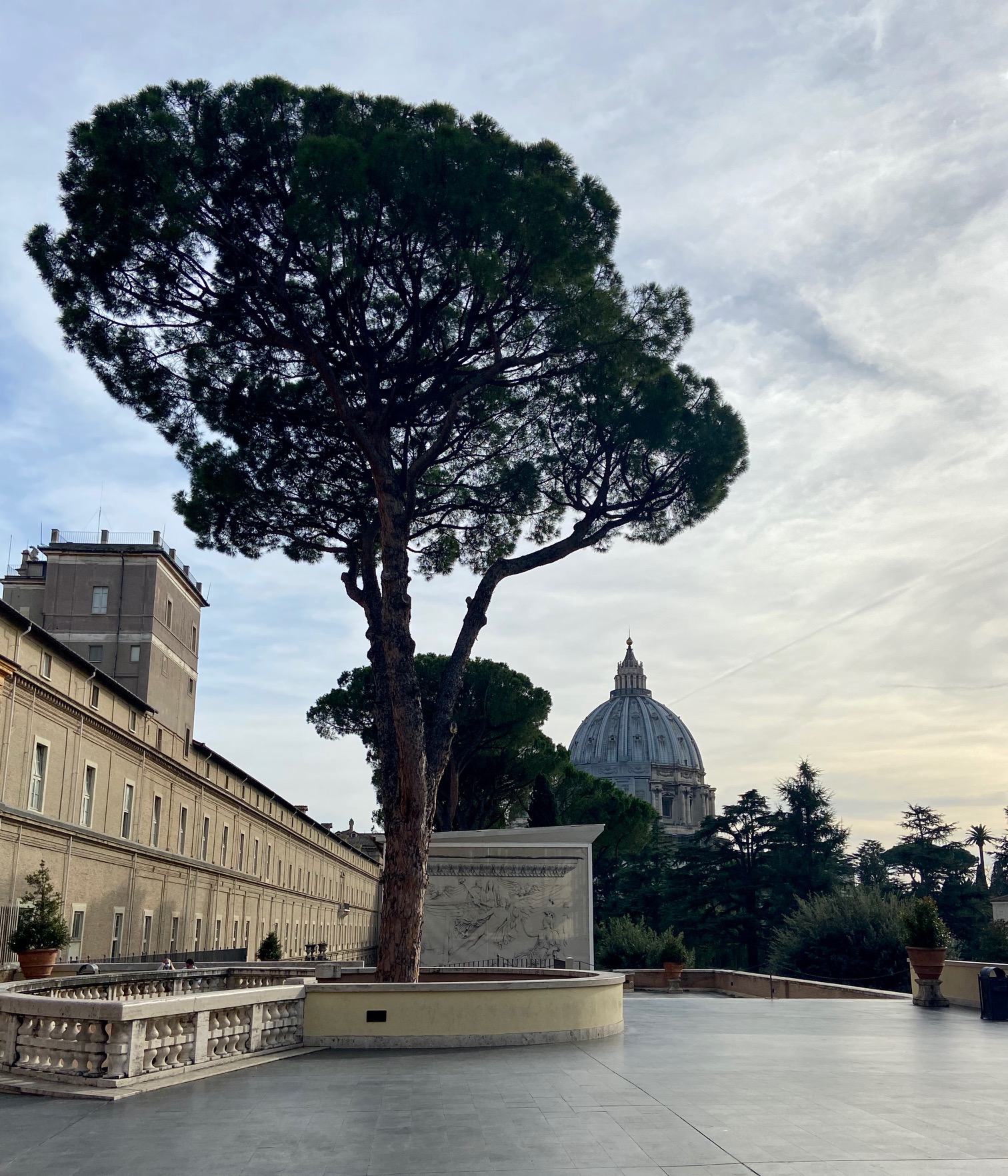 Vatican City, the small independent enclave in the center of Rome, also imposed a mask mandate, although a maskless Pope Francis , before the most recent measures, was criticized for holding an indoor general audience on Oct. 7, and for shaking hands with followers. In parts of southern Italy, where people are perhaps regarded as being less amenable to directives from the government, mask wearing appears to be at least slightly less rigorously enforced and adhered to.

Like many other economies around the world, Italy’s has been plunged into a recession due to the impact of pandemic restrictions. Europe faces the prospect of more lockdowns as the number of COVID-19 infections increases. Italian gross domestic product fell by 12.8% in the second quarter compared with the previous quarter, the national statistics agency reported in August, and the country is expected to lose 16 billion euros ($18.8 billion) in consumer spending this year.

In the U.S., President Donald Trump played golf last Thursday, and had Thanksgiving dinner with the First Lady Melania Trump and their son Baron at the White House. White House Press Secretary Kayleigh McEnany said during a Fox News appearance on Wednesday that the president made the adjustments to previous plans for a bigger event because he was “hard at work on COVID, among other issues.” They include, she said, pulling American troops out of Afghanistan.

Trump has, during the last days of his presidency refused to heed warnings about community transmission from health experts, as the world waits for a vaccine or vaccines to come to market. It resulted in the president testing positive for COVID-19 himself. Trump has repeatedly warned that efforts to stem the rapid spread of COVID-19, the disease caused by severe acute respiratory syndrome coronavirus 2, or SARS-CoV-2, risk long-term damage to the economy.

That is where Trump and Pope Francis appear to differ. In his book, the pope said leaders who push ahead with opening their economies and businesses, despite surging coronavirus cases, have “mortgaged their people.” He said that leaders should not have to make a choice between their citizen’s health and the economy. The pontiff presents readers with a choice: “What matters more — to take care of people or keep the financial system going?”