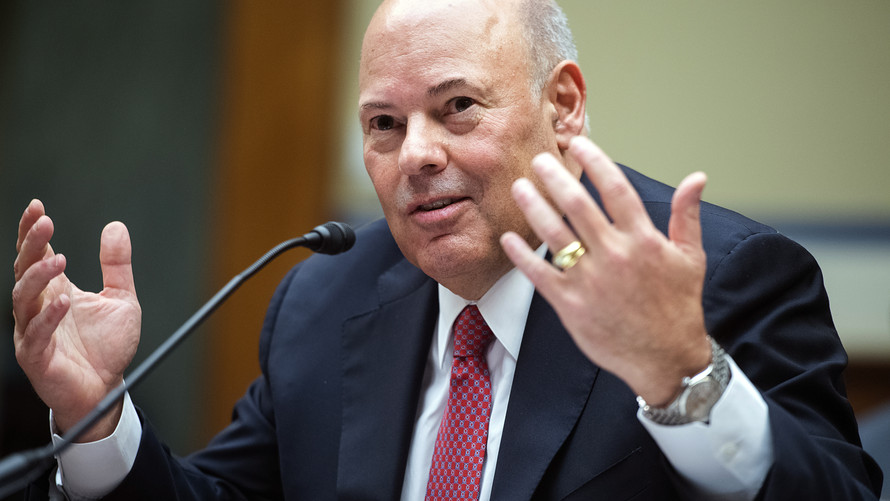 WASHINGTON — Delivery of mail-order prescription drugs was delayed significantly this summer after the new postmaster general ordered major changes in U.S. Postal Service operations, according to a report released Wednesday by Senate Democrats.

The report contradicts public claims by Louis DeJoy that the recent moves he imposed “should not have impacted anybody.”

Prescription drug orders filled by mail have risen by one-fifth during the coronavirus pandemic, the report found, and delivery times for medications generally increased by as much as one-third. That means deliveries that previously took two days or three days now take an extra day, the report said.

Some delays were much longer. One mail-order pharmacy, not identified in the report, said there was “a marked increase in July in the number of patients experiencing shipment delays of seven days or more.” A different pharmacy reported that orders taking over five days have “risen dramatically.’’

“I blame the postmaster general for delays in prescription deliveries that put the health of the American people at risk,’’ said Sen. Elizabeth Warren, D-Mass. Warren released the report Wednesday with Sen. Bob Casey, D-Pa. Both senators serve on the Senate Special Committee on Aging and the Senate Health, Education, Labor and Pensions Committee.

At a Capitol news conference, Warren acknowleged the pandemic has “put some stress” on the Postal Service by increasing Americans’ reliance on the mail. But she said the response should have been to “put more resources in, so the post office can maintain on-time delivery.’’ Instead, DeJoy “cut resources” and took other steps to make on-time delivery more difficult, she said. “He’s gone in exactly the opposite direction.”

A Postal Service spokesman said the agency’s workforce, “like many others, have been impacted by the COVID-19 crisis, which has resulted in certain service disruptions.’’

Officials are “aggressively working to ensure full service coverage across the network, including increasing hiring based on local needs and improving process flows,’’ spokesman Dave Partenheimer said. Weekly performance data show positive trends “and we are optimistic these trends will continue,’’ he said.

In a letter to the Postal Service Board of Governors, Warren and Casey urged quick action to “reverse these lapses in services,” which they said “represent an ongoing public health threat.’’

“We know Louis DeJoy is sabotaging the Postal Service,” Warren said. “He needs to resign and if he won’t, the board of governors must remove him.”

The report came as a government watchdog group asked authorities in North Carolina to investigate DeJoy over allegations that he pressured staffers at his former business to donate to Republicans and then illegally reimbursed those staffers with bonuses.

The allegations emerged as DeJoy is already under intense scrutiny for pushing through a series of changes at the Postal Service that have delayed deliveries and raised concerns over how the agency will process the expected record number of mail-in ballots this fall.

Common Cause North Carolina filed a formal complaint with the state Board of Elections Wednesday and asked North Carolina Attorney General Josh Stein to investigate the allegations. House Democrats are investigating.

Five former employees of DeJoy’s former company, New Breed Logistics, told The Washington Post that DeJoy or his aides urged them to give money to GOP candidates or attend high-priced fundraisers at his Greensboro mansion. DeJoy would then give staffers who donated larger bonuses to offset the cost of the campaign contributions, two other former employees told the newspaper.

“This troubling fundraising scheme allegedly perpetrated by Louis DeJoy has the appearance of bypassing North Carolina’s campaign finance limits in order to illicitly buy political access and curry favor with elected officials,” said Bob Phillips, executive director of Common Cause North Carolina. “These allegations should be thoroughly investigated and, if true, Mr. DeJoy must be held accountable.”

It’s not illegal to encourage employees to contribute to candidates, but it is illegal to reimburse them as a way of avoiding federal campaign contribution limits.

Monty Hagler, a private spokesperson for DeJoy, said in a statement this week that DeJoy was unaware any workers felt pressure to make donations and that DeJoy believes he has always complied with campaign fundraising laws.

GOP Sen. Thom Tillis of North Carolina, who is facing a tough reelection race this year, was a top recipient, collecting more than $190,000 from over 35 company workers ahead of his 2014 election, records show. The contributions were all made during a short window of time, between the end of September and the first week of October.

Casey said DeJoy’s actions to slow mail delivery “are having real — potentially life threatening — consequences for people that depend on the Postal Service.” The board of governors must hold DeJoy “accountable for this sabotage, and Congress must provide emergency USPS funding,’’ he said.