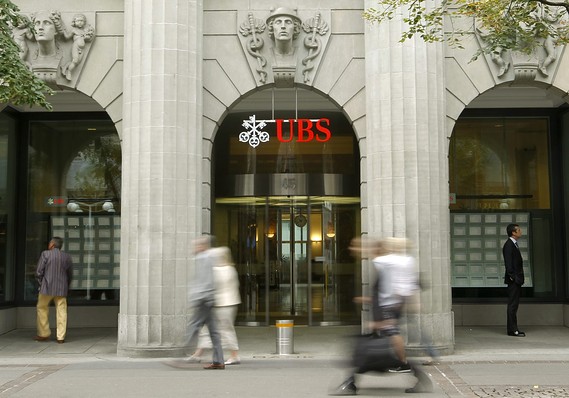 Reuters
The scandal’s central figure bounced from employment at RBS to RBC to UBS to Citi.

Many anonymous traders are implicated in the tall stack of documents regulators published this week detailing Royal Bank of Scotland Group PLC’s attempts to rig the lending benchmark known as Libor. But only one trader is cited by name: a 33-year-old so brainy yet socially awkward that colleagues nicknamed him “Rain Man.”

Regulators portray that man, Tom Hayes, as the connective tissue in pervasive efforts by several banks to boost trading profits by manipulating the London interbank offered rate. Hayes hopscotched from RBS  to the Royal Bank of Canada /zigman2/quotes/200638870/delayed CA:RY +1.29%  to UBS AG /zigman2/quotes/206172872/composite UBS +0.05%  to Citigroup Inc. /zigman2/quotes/207741460/composite C -1.47% , picking up the contacts and know-how that would be necessary to game Libor.

In one electronic chat released in connection with regulators’ $612 million settlement with RBS this week, Hayes asked another bank to skew Libor “too low for the next few days,” promising to “return the favour as when you need it.”

Yet Hayes often acted with the knowledge of bosses mindful of his ability to rack up big trading profits. When Citigroup in 2009 sought to lure him away from UBS with a $5 million job offer, some at UBS fought to keep Hayes by telling UBS executives of his ability to tap contacts who could nudge Libor up or down. His “strong connections with Libor setters in London [are] invaluable,” his boss wrote in an email to executives, including one who now runs the bank’s noncore division.

Citigroup managed to hire Hayes. With his expertise in hand, the bank signed up to help set the Tokyo counterpart of Libor. The goal of some at the bank was to enable Hayes to manipulate that rate, said people familiar with the decision.

Hayes soon morphed from coveted asset to liability. Citigroup fired him less than a year after hiring him, amid an internal probe it undertook when another employee raised concerns he was making inappropriate requests about Libor submissions. Japanese regulators later penalized Citigroup for trying to rig Libor and the Japanese benchmark, and Citigroup remains under investigation by the U.S. and British authorities.

In December, the U.S. Justice Department charged Hayes with fraud, conspiracy and an antitrust violation. He is also under investigation in Britain, where he was arrested in December but hasn’t been charged and remains free.

Hayes hasn’t filed a plea to the Department of Justice charges. In a text message to The Wall Street Journal, he said: “This goes much much higher than me.” See full story at WSJ.com .

Jennifer Arcuri, a friend of Hayes’s, said he is cooperating with British authorities and pointing the finger at former superiors. “He believes he’s innocent,” Arcuri said. “He had no idea this was going to come back at him.” Trying to rig Libor “was common industry practice,” she said. “It was like spanking children in the ‘70s — it wasn’t bad.”

This account of Hayes’s role in the long-running Libor scandal emerged from interviews with people who know or worked with him and from a Wall Street Journal review of hundreds of pages of regulatory and court documents. The sources reveal, among other things, that he was sometimes encouraged by superiors to pursue an envelope-pushing trading strategy.

Hayes grew up middle class in western London. As he neared the end of his college math and computer-programming studies, a parade of banks flew him first-class to their offices for interviews.

He joined RBS as a junior trader in 2001, according to U.K. regulatory records. His specialty became trading the financial instruments called derivatives, many tied to Libor. The Libor rates — benchmarks for interest costs on countless consumer and business loans — are compiled each day in several currencies and maturities. They are based on estimates banks submit of how much it would cost them to borrow money from other banks.

Though Hayes gained a reputation as a top trader, he struck colleagues as anxious and self-conscious, spoke quietly and dressed more like a college student — with washed out jeans, a polo shirt and sometimes a threadbare sweater — than a highly paid investment-banking employee. The “Rain Man” nickname stuck.

In the spring of 2006, UBS hired Hayes for the Swiss bank’s Tokyo office. There, according to regulators, traders were already engaging in behavior authorities later described as inappropriate: They routinely submitted requests to colleagues in London and Zurich to move the bank’s Libor submissions up or down to suit the traders’ positions.

Hayes found himself seated next to employees responsible for submitting data for inclusion in Japanese benchmark rates, said a person familiar with the matter. Arcuri said he later told her he found the practices unsettling.

Here's the one other story that  you can't afford to miss today
/conga/story_of_the_day.html 262589

“Who was I to question what they were doing? I thought it was weird, but that’s how they did it,” Arcuri recalled Hayes’s having told her. Within a few months, based on practices at the bank and feedback from his bosses, Hayes considered it part of his job, said a person familiar with his thinking.

His trading strategy, say U.S. and British authorities, involved bets on the direction of certain Libor rates relative to other benchmarks. For example, he bought derivatives that would gain value if there was a narrowing of the difference between yen Libor and the Tokyo overnight average rate, a benchmark set by the Bank of Japan. That meant, at least initially, he had an incentive to see yen Libor rise.

To make that happen, he was in almost daily contact with UBS employees, asking them to move the bank’s Libor submissions up or down. Hayes’s boss was aware of his actions, according to the Justice Department.

Then, according to regulators, Hayes took Libor manipulation a step further, in an effort involving other banks. Around January 2007, he started contacting not just other UBS employees to try to skew the Libor rate but a handful of friends and former colleagues at other banks.