Remote work in education, health care could become the norm in post-coronavirus world 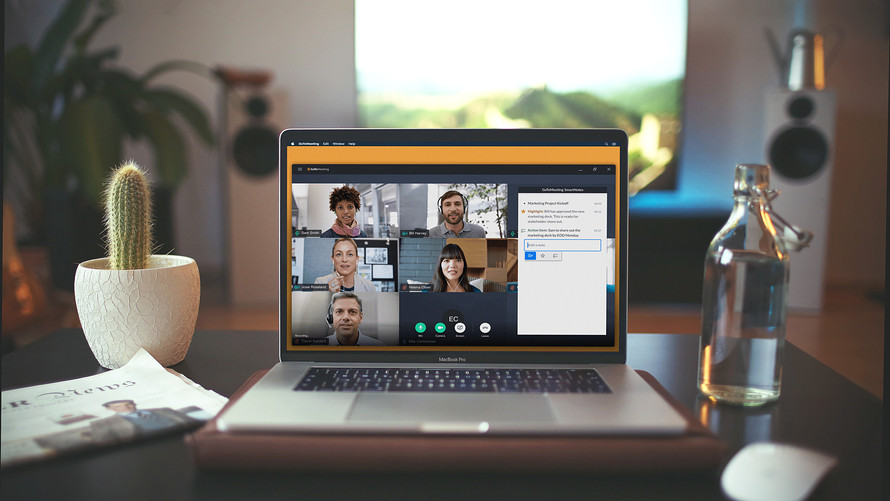 LogMeIn
LogMeIn helped Urban College of Boston set up online courses in just a few days — the college’s first in its 27-year history.

Until early March, Urban College of Boston never had online classes in its 27 years of existence.

Neither, for that matter, did many clinicians meet with their patients online.

But now they do.

The coronavirus pandemic has changed all that, forcing both the college and medical professionals to shift to working remotely. And with uncertainty over how long the virus lingers, it could mean a fundamental change in how companies and entrepreneurs conduct business — including industries that have been reluctant to make the technological leap, such as telehealth, banking and financial services, and education.

Case in point: The Urban College of Boston, a two-year associate-degree community college for primarily single, non-white mothers in their late 30s, was on the verge of canceling classes in March when, for the first time in its 27-year history, it offered remote learning.

“We shut down the college March 12, and we were wondering, ‘What do we do now?’” Michael Taylor, president of the college, told MarketWatch in a phone interview. “But the mayor’s office called and told us of a local company [LogMeIn] that could help us. We had our first online courses March 20.” Faculty and students, after some initial misgivings, have gone to class via smartphone, school-supplied Chromebooks or home PCs.

In recent days, hundreds of medical professionals have joined the digital platform XRHealth, which provides virtual- and augmented-reality therapy to patients through virtual meetings with therapists and clinicians for physical therapy and pain management. “This has become the gold standard for clinicians,” XRHealth CEO Eran Orr told MarketWatch in a phone interview.

The transition to telecommuting is far from a slam dunk. But coronavirus, and the threat of another pandemic, could be the landmark event to affect change. It’s already prompted Amazon.com Inc. (NAS:AMZN)  , Apple Inc. (NAS:AAPL)  , Microsoft Corp. (NAS:MSFT)  , Alphabet Inc. (NAS:GOOGL)  , (NAS:GOOG)  , Twitter Inc. (NYS:TWTR)  and Salesforce.com Inc. (NYS:CRM)  to ask many of their employees to stay away from the office.

For now, only 29% of Americans can work from home, including just one in 20 service workers but more than half of information workers, according to the Bureau of Labor Statistics .

Just 5.2% of Americans worked completely at home in 2017 — or about 8 million people, U.S. Census data indicates.

“This is a tense period of learning and adaptation,” Bill Wagner, chief executive of LogMeIn  , a maker of tools for remote working, told MarketWatch in a phone interview. “Are [employers] going back to everyone is in the office? I don’t think so. After this crisis, every company will have a remote-access emergency backup plan.”

“This crisis has concentrated” and accelerated the movement toward work-at-home employees, added Wagner, whose company in recent weeks has deployed work kits to more than 3,000 organizations and companies reaching over 800,000 people. The advent of live-streaming, mobile devices, wireless home networks and cloud computing — coupled with an infusion of millennials into the workforce — has remade the office.

This has led to a boom in sales for companies with work-at-home tools, ranging from Microsoft and Zoom Video Communications Inc. (NAS:ZM)   to Cisco Systems Inc (NAS:CSCO)   and Slack Technologies Inc.  .

Of course, the migration to working from home could be higher, if not for financial and demographic impediments.

The at-home workplace is heavily slanted toward the better-educated and wealthier, who have employers with ample computing equipment and resources. Among workers ages 25 and older, 47% of workers with a bachelor’s degree or higher worked from home sometimes, according to BLS data , compared to just 3% of workers with only a high school diploma.

Still, change is coming slowly — even to industries notorious for their tech-averse ways.

“Increasingly, our reporters are working remotely,” William Johnson, CEO of Embarcadero Media, publisher of several newspapers and an online news site in the San Francisco Bay Area, told MarketWatch in a phone interview. Additionally, two of his chains’ papers, in Palo Alto and Mountain View, were already in the process of shifting from print to online.

The coronavirus, he said, will “accelerate our plans.”