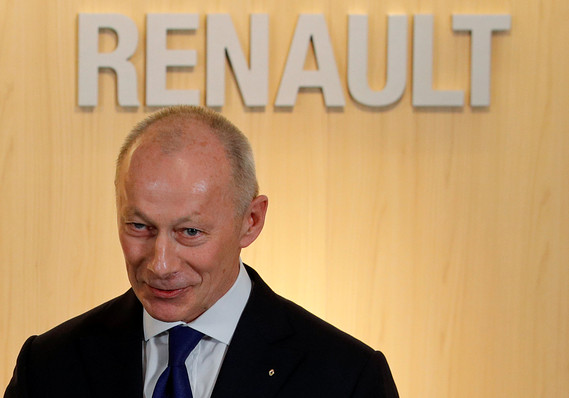 Reuters
Thierry Bollore, who was dismissed by Renault on Friday.

PARIS (AP) — French carmaker Renault has dismissed its chief executive officer, overhauling its leadership once again after the jailing of its previous chairman and CEO.

The decision by the board on Friday to dismiss Thierry Bolloré was effective immediately.

Bolloré replaced Carlos Ghosn after the former CEO was jailed in Tokyo in last November on charges of falsifying financial reports in under-reporting compensation and breach of trust. Ghosn, who led the Nissan-Renault alliance, is currently awaiting trial and denies wrongdoing.

The company says Bolloré will be replaced on an interim basis by current Chief Financial Officer Clotilde Delbos.

Chairman Jean-Dominique Senard will become president during the interim period.

Nissan /zigman2/quotes/207656007/delayed NSANY -0.52%  , in which Renault owns a large shareholding and with which it has a deep alliance, named a new CEO earlier this week.

Get news alerts on Nissan Motor Co. Ltd. ADR — or create your own.