Renters must make some tough choices in the coming weeks: What to do if you’re at risk

Renters are especially vulnerable to higher costs and unemployment; here are some ways to avoid an eviction 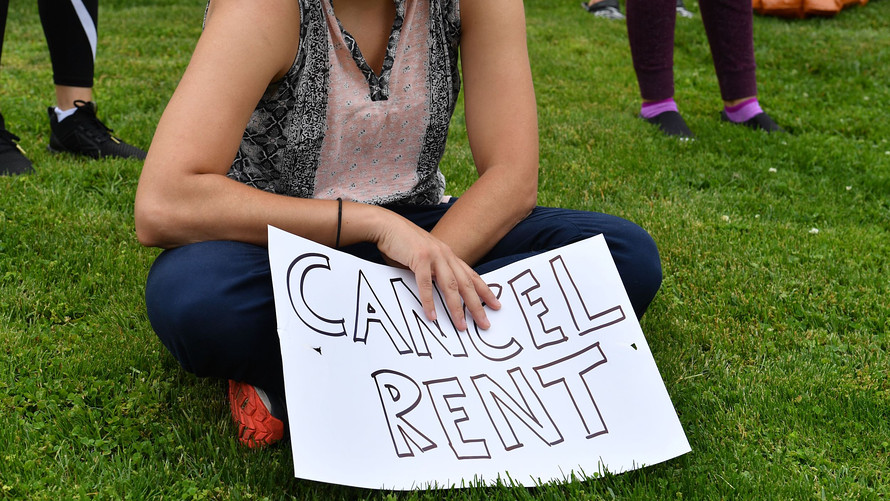 AFP/Getty Images
Renters in Washington, D.C., hold a protest to demand rent forgiveness in May.

We’re all feeling effects of the current recession, whether it’s the rising cost of groceries or the pervasive economic uncertainty. But some are feeling a bigger impact than others, and data indicates renters are disproportionately affected.

Renters are vulnerable when expenses grow or income is slashed, due to lower average incomes compared with homeowners. Further, they don’t have access to the same built-in relief valves as mortgage-holders — such as forbearance or loan modification — when they can’t pay their monthly housing costs.

Federal, state and local eviction bans protected some renters for several months, but many of those orders have since expired, and possible extensions are uncertain. Without those protections, many tenants could be on a fast track to trouble, and even with those safety nets in place, the rent bill will eventually come due.

Renters have less insulation from economic crises. Not only do they earn less, on average, but they also spend more of their income on housing. While a loss or reduction of income could instantly push these households to the breaking point, even minor setbacks can send them closer to the edge.

Calculating America’s eviction crisis: Up to 40 million people are at risk of being kicked out of their homes

Renters spend 31% of their income on housing costs on average, compared with homeowners, who spend 20%, according to U.S. census data. The rising cost of groceries, unexpected medical bills, supplies for a child’s at-home education — these could pile up to make monthly bills unmanageable, even if household income isn’t affected by reduced work hours or unemployment. 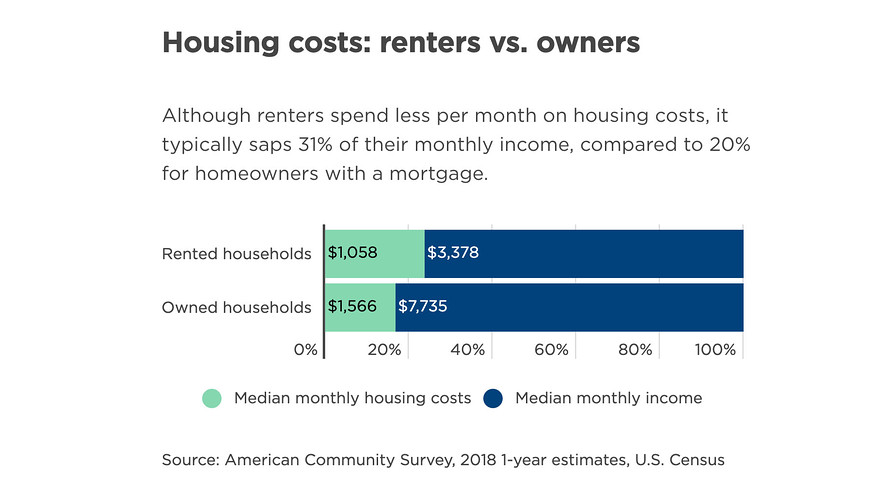 NerdWallet
Renters spend more of their income on housing.

This isn’t to say homeowners aren’t feeling the effects of record unemployment and economic upheaval. While many homeowners have been able to take advantage of record low interest rates to  refinance their mortgages , more than eight million homeowners didn’t make their June house payments, according to the mid-July Household Pulse Survey from the U.S. Census. But that’s just 6% of homeowners, compared with 18% of renters who couldn’t pay their June rent.

There is also evidence that populations hardest hit by unemployment are among the most likely to rent. For example, people in their 20s are the only age decade that’s more likely to rent than own, according to census data, and 34% of unemployment claims are being filed by those aged 22-34, more than any other age group, according to data from the Department of Labor. Also, 49% of people working in the hotel and food industry live in rentals — a far higher rate than the 36% of Americans overall — and this industry represents the greatest share of all unemployment claims.

Evidence of the sustained impact on renters can be seen in Google /zigman2/quotes/202490156/composite GOOGL +1.31%   search data, where it’s a safe assumption that people searching for terms such as “rent relief” and “rent assistance” are either experiencing or anticipating difficulties paying the rent.

In mid-March, searches for terms related to housing relief jumped to levels not seen before. And while “mortgage relief” was far more common than “rent relief” or “rent assistance” that month, those terms have sustained greater search interest throughout the summer.

Unlike mortgage relief terms, which have waned since April, rent relief terms sustained higher-than-normal volume after the initial jump, and peaked again in mid-July . They’re currently trending lower than both peaks, but higher still than seen in the years before the pandemic.

What renters can do

Tenants having  difficulty paying the rent  have a few options at their disposal, but they may have to make tough decisions in the coming weeks and months. A legal eviction can make it difficult to find safe, affordable housing in the future, so preventing that should be paramount.

Analysis methodology available in the  original article , published at NerdWallet.