Republicans won’t be able to pass a big tax bill

If you think tax reform will be easy, I have a bridge I want to sell you 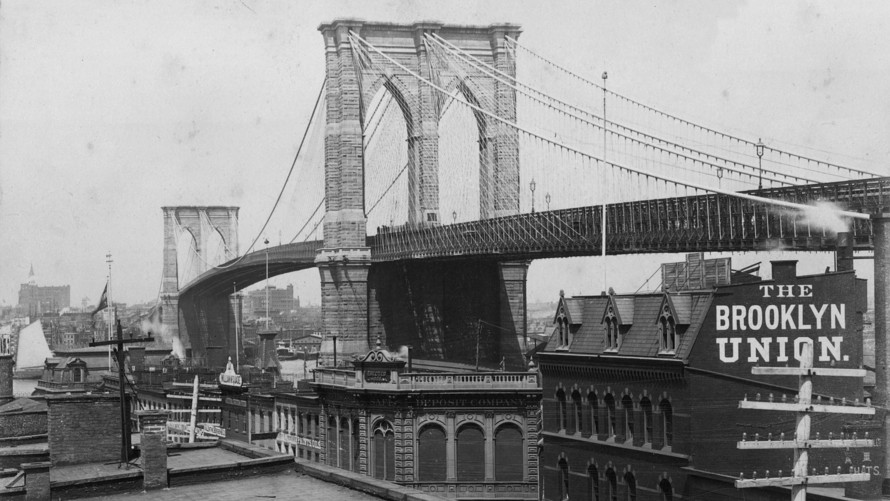 Hulton Archive/Getty Images
Psst. The Brooklyn Bridge is for sale at a bargain price. Trust me.

If anything should unite red-blooded Republicans, it’s tax cuts and reform. Sadly, the Trump administration and GOP congressional leaders are unwilling to face facts and make the tough choices necessary to get it done.

The document repeats campaign promises to lower taxes for working families and small businesses, boost investment, and encourage U.S. companies to bring back jobs from abroad. And to make tax reform permanent without imposing a broad-based consumption tax—read value-added, carbon- use or some other energy tax as advocated by the IMF.

That’s really great sounding stuff but hardly possible — at least not all together.

Democrats in the Senate are not likely to go along with a tax package that substantially reduces revenue and domestic spending together, and any tax package passing with less than 60 votes in the Senate, under reconciliation, must either not add to the deficit or sunset after 10 years. 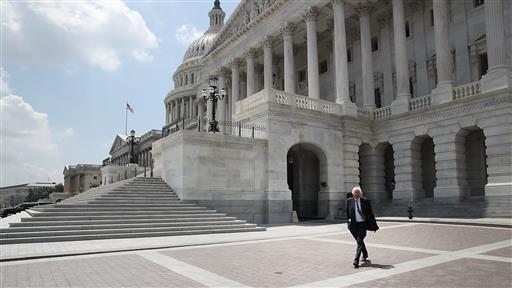 What to Watch for During Congress August Recess

Lawmakers are heading back home for their August recess for what has been a pretty tough stretch for them. Particularly because of the inconclusive health care debate that's eaten up most of their summer. WSJ's Gerald F. Seib gives us two things to look out for during the break. Photo: Getty

Hence to make any tax changes permanent, 50 of the 52 Republican senators plus Vice President Mike Pence must agree to a package of tax and sustainable spending cuts.

Entitlements now consume more than 60% of the federal budget and along with interest payments, are likely to grow to 100% over the next decade.

The successful efforts of Sens. Shelley Moore Capito, Lisa Murkowski and Susan Collins of welfare-dependent West Virginia, Alaska and Maine — and others — to block Medicaid reform, as part of any plan to repeal or replace Obamacare, illustrate that the GOP talks a good game on entitlements reform but lacks the political courage to effect it.

That is made extraordinarily difficult by the fact that the overall budget package must also accommodate Republican promises to increase defense spending to rebuild the military, which has been stressed by years of war and prior cuts in appropriations for modernization of equipment and research imposed during the Obama years.

Defense spending increases must be counted in with revenue lost from tax cuts in calculating the necessary overall spending cuts to pass through reconciliation.

Coupled with provisions that phase out deductions and state and local taxes, many high-income individuals and limited-liability corporations are paying marginal tax rates of close to or exceeding 50%.

The number of small businesses has not recovered to pre-financial crisis levels , and it’s hard to see how Trump, pursuing a tax-the-rich policy to finance lower- and middle-class tax cuts, could do anything but further disadvantage small businesses, investment, and American competitiveness.

On the corporate side, revenue-neutral reform is not politically possible—eliminating deductions and credits to lower rates overall would raise taxes on at least as many companies as it would benefit. Chairman Brady proposed to lower corporate taxes overall by raising about $100 billion a year by applying corporate taxes on imports and rebating those on exports.

The latter instigated huge opposition from Wal-Mart /zigman2/quotes/207374728/composite WMT -0.80%  , other retailers and manufacturers dependent on imported materials and components, even though the competitive effects would be minimal. All businesses would face the same taxes on imports and options to source more goods domestically.

All this said, the Big Six have promised to come of up with a tax plan that simplifies the tax codes, cuts the tax burden overall, and pass it through Congress under “regular order” of legislative drafting, committee hearings, and voting procedures.

If you believe that one, well, I was born and raised in New York City and actually can sell you the Brooklyn Bridge. It’s a great piece of American history, with tolls a potentially enormous money maker, such a deal …..