In Beverly Hills, the average person puts four times as much heat-trapping gases into the air as someone living in South Central Los Angeles 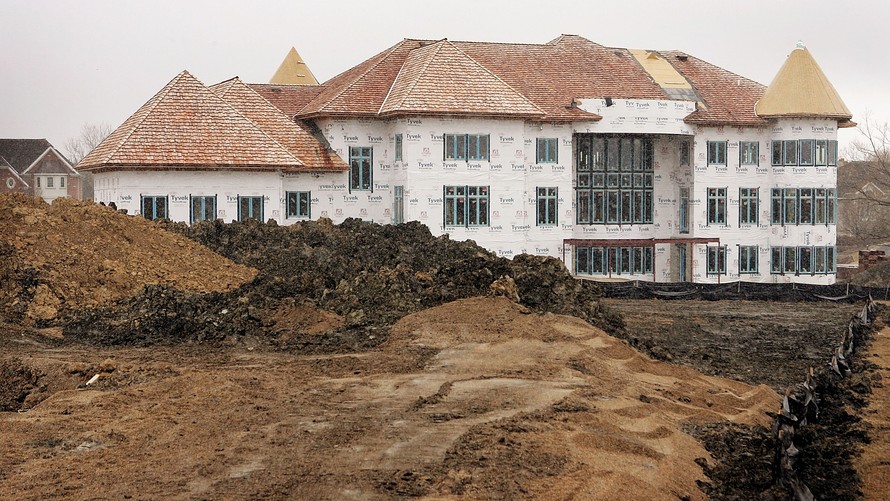 Getty Images
Energy use by the average higher income person’s home puts out 6,482 pounds of greenhouse gases a year. For a person in the lower income level, the amount is 5,225 pounds, the study calculated.

Scientists studied 93 million housing units in the nation to analyze how much greenhouse gases are being spewed in different locations and by income, according to a study published Monday in the Proceedings of the National Academy of Sciences. Residential carbon emissions comprise close to one-fifth of global warming gases emitted by the burning of coal, oil and natural gas.

“The numbers don’t lie. They show that (with) people who are wealthier generally, there’s a tendency for their houses to be bigger and their greenhouse gas emissions tend to be higher,” said study lead author Benjamin Goldstein, an environmental scientist at the University of Michigan. “There seems to be a small group of people that are inflicting most of the damage to be honest.”

“That is the key message about emissions patterns,” said University of California San Diego climate policy professor David Victor, who wasn’t part of the study. “I think it raises fundamental justice questions in a society that has huge income inequality.”

Even though richer Americans produce more heat-trapping gases, “the poor are more exposed to the dangers of the climate crisis, like heat waves, more likely to have chronic medical problems that make them more at risk to be hospitalized or die once exposed to heat, and often lack the resources to protect themselves or access health care,” said Dr. Renee Salas, a Boston emergency room physician and Harvard climate health researcher who wasn’t part of the study.

Salas and Sacoby Wilson, a professor of environmental health and epidemiology at the University of Maryland, who also wasn’t part of the study, pointed to studies in Baltimore and other cities showing that because of fewer trees, more asphalt and other issues, temperatures can be more than 10 degrees hotter in poorer neighborhoods.

“Heat waves are hell for the poor,” Wilson said.

Goldstein calculated the emission figures by crunching data on 78% of the housing units in America as of 2015, factoring the home’s age, size, heating supply, weather, electricity source and more. He then compared income levels.

Nine of the 10 states that produce the most heat-trapping gas per person rely heavily on coal or have cold weather. West Virginia by far leads the nation with 10,046 pounds of greenhouse gas per person per year, followed by Oklahoma, Wyoming, North Dakota, Kentucky, Missouri, Iowa, Alabama, South Dakota and Colorado.

California by far is the greenest state with 2,715 pounds of greenhouse gas per person. Oregon, New York, Utah, Washington, Rhode Island, Massachusetts, Idaho, Connecticut and New Mexico round out the 10 cleanest states.

The study’s 25 cleanest zip codes for residential greenhouse gas emissions are all in California and New York. The cleanest was Mission Bay in San Francisco, a white collar area with relatively new housing stock, where the average person produces only 1,320 pounds a year.

The zip code that produced the most greenhouse gas per person was in the mountains of western Boulder County, Colorado, where the 23,811 pounds per person is 18 times higher than in the San Francisco zip code.

Because some zip codes didn’t have adequate data, Goldstein said there may be additional zip codes at the extremes of the emissions spectrum. Also, he said some zip codes with smaller, expensive, energy-efficient apartments buck the national trend of greater emissions in wealthy areas.

But residential carbon emissions are harder to change than those from transportation, where you can trade a gas-guzzler for a cleaner electric vehicle, Goldstein said.

Noting that many residents are stuck with the fossil fuel-based energy delivered by their local utility, he said, “I don’t think we can solve this based on personal choices. We need large scale structural transitions of our energy infrastructure.”