When trading this market, the best offense is a good defense 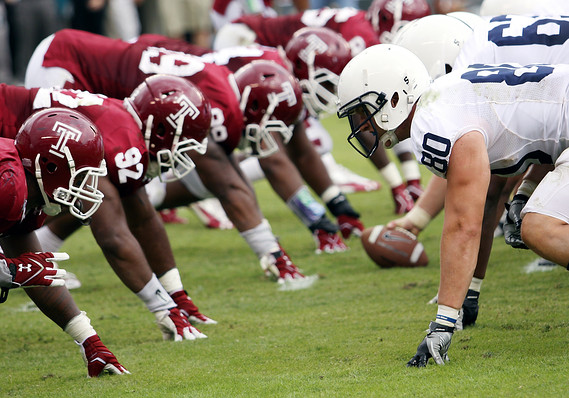 Have you ever watched a football team during pre-game warm ups? Ever paid any attention when they run offensive walk-through drills, running plays with no defense on the other side of the ball? That's how many investors are treating their portfolios today — playing the investment game without any defense. It is crucial during stock-market action like this that those involved adjust their positions accordingly. As the legendary Paul William "Bear" Bryant once said (and I paraphrase), "While offense sells tickets, it's defense that wins championships."

While some may choose to take the high road of optimism in this somewhat volatile market, there appears to be more headwinds than rosiness on the horizon.

The last five trading days of December and the first two trading days of January have become known as "The Santa Claus Rally." Since 1950, the average return of these seven trading days has been a comfortable 1.4%. This year's Santa Rally brought us nothing but coal — to the tune of -2.1%. To draw some comparisons, the Santa Rally in 2000 delivered a -4.0% return, and it provided investors with a -2.5% loss prior to the most recent crash in 2008.

The First Five Days of the year, a metric created by The Stock Trader's Almanac, was one that ended down -6.0% this January, producing the worst start for the stock market in history. Speaking of January, by the time the first month of the year ended, it produced a -5.1% return, which was the worst return on record since 1928 (January was also the worst start for the Dow Jones Industrial Average since 2000).

You may have heard the old saying, "As January goes, so does the rest of the year." When examining the last two times the Santa Rally, First Five Days, and January Barometer were all negative, you have to look back to 2008 and 2000. With all that said, it might not be a bad idea to start "recruiting" some defensive investments ... like, yesterday.

Where we stand today

As mentioned above, we're living in the early part of an election year, which again happens to be the worst year of the four-year election cycle. Furthermore, markets tend to perform better between the months of November and April, which means there are only two months remaining before you start hearing the phrase, "Sell in May and go away." Stock market returns tend to be muted, on average, starting in May, all the way through Halloween.

While we've observed plenty of short term pull-backs in the market this past several years, and even witnessed our first official correction since 2011, intermediate U.S. market trends are negative with longer-term trends turning neutral-to-negative, at best.

The way the market stands today, it's apparent that our offense has turned the ball over to the opposing team. If you haven't already begun shifting your portfolio to defensive assets such as cash equivalents, fixed-income assets, or other hedged positions, consider yourself lucky that the market has produced its recent mini-rally, providing you with an opportunity to exit at higher prices.

U.S. stocks as a whole look fatigued and in some cases, injured . This past nine years have seen a great run, but don't get greedy and leave your team on the field unprotected. We've been here before, and there's nothing wrong with missing a little opportunity. You can always buy something tomorrow. If you lose your money, however, you have no money for tomorrow's opportunities.