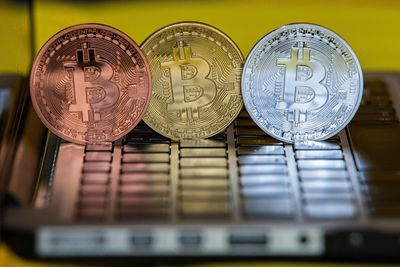 On Oct. 4, 2017, the company changed its name from Bioptix Inc. to Riot Blockchain, as it pivoted from a biopharma company to its newfound cryptocurrency strategy, sending its shares surging, as bitcoin and other digital currencies were rocketing in value, and mainstream interest in distributed-ledger technology, or blockchain, was surging.

CNBC’s report on Friday attempts to dig deeper into the executives behind Riot Blockchain /zigman2/quotes/209538617/composite RIOT +8.30% , recent insider stock sales that have raised eyebrows and the company’s operations, including scheduled shareholder meetings that never happened.

“Basically, I sold less than 10 percent of my overall position. And I was doing it for tax obligations,” O’Rourke told the Denver Post on Feb. 8 .

“I could have sold more stock, but at the time, I sold what I needed.” 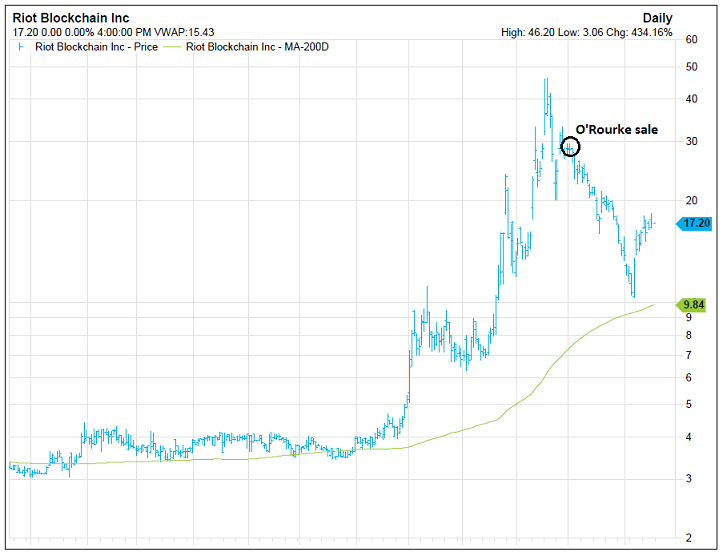 It has been a busy two weeks for Riot. On Feb, 7, the company said it would buy Miami-based cryptocurrency firm Logical Brokerage Corp, which saw shares jump by 20% by the end of the trading.

Friday’s decline has wiped out those post-acquisition gains and then some.

Get news alerts on Riot Blockchain Inc. — or create your own.