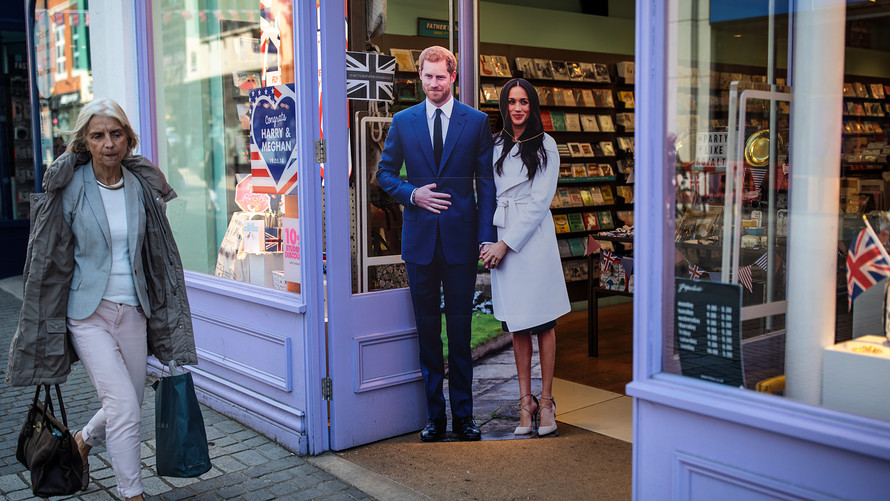 Church bells will do their thing on Saturday in honor of Prince Harry and Meghan Markle — and the royal wedding already has got cash registers ringing in the U.K.

The couple’s big day is likely to provide a boost of 1.05 billion pounds, or $1.43 billion, to the U.K. economy, according to consulting firm Brand Finance.

The consultancy has doubled its estimate, after initially predicting an uplift of about £500 million.

“Purely the amount of coverage that the royal wedding has got made us think maybe we were underestimating it,” said Richard Haigh, managing director at Brand Finance. Headlines this week have focused on how the bride’s father, Thomas Markle, looks set to skip the ceremony .

Haigh emphasizes the star power of the prince and the American actress, saying that helps make their wedding on par with Will and Kate’s extravaganza in 2011.

“Meghan Markle is already a famous person,” Haigh said. “Not only that, but Prince Harry is the lovable rogue who everyone has deemed to be the ultimate bachelor, and now he’s getting married, and I think that is a big thing in itself.”

Below is how Brand Finance sees the potential boost flowing through key U.K. sectors. The consulting firm, which provides brand valuations and strategy advice, came up with its estimates by using its experience with commercial brands and by looking at the 2011 royal wedding, Haigh said.

“We said, ‘OK, if the same thing happens this year, you have on average 3 million tourists a month to the U.K. If you get a slight increase in that, and they all spend a certain amount of money – I think about a thousand pounds, we said – then you’re going to get to that 300 million figure,” he told MarketWatch, in describing the impact on hotel operators such as InterContinental /zigman2/quotes/202865596/delayed UK:IHG -0.75%   /zigman2/quotes/204459500/composite IHG -0.83% and other travel-industry players.

• £300 million in public-relations value: “It’s essentially advertising value equivalency to the U.K. as ‘Brand Britain,’ as a result of all the additional coverage related to the royal wedding,” Haigh said.

• £250 million boost to retail/restaurants: A recent survey found about 40% of Britons were interested in the wedding, and that amounts to roughly 25 million people, Haigh told MarketWatch. If each person is inspired to somehow spend an extra £10, that works out to £250 million.

He suggested that estimate could be lowballing it: “It’s actually minimal, the benefit that you’re getting, and it actually could be potentially much higher.”

For example, one green dress that she wore last month reportedly sold out within hours .