Sacha Baron Cohen and his celebrity brethren have a bone to pick with Facebook Inc. over misinformation and hate on its sprawling digital platforms. 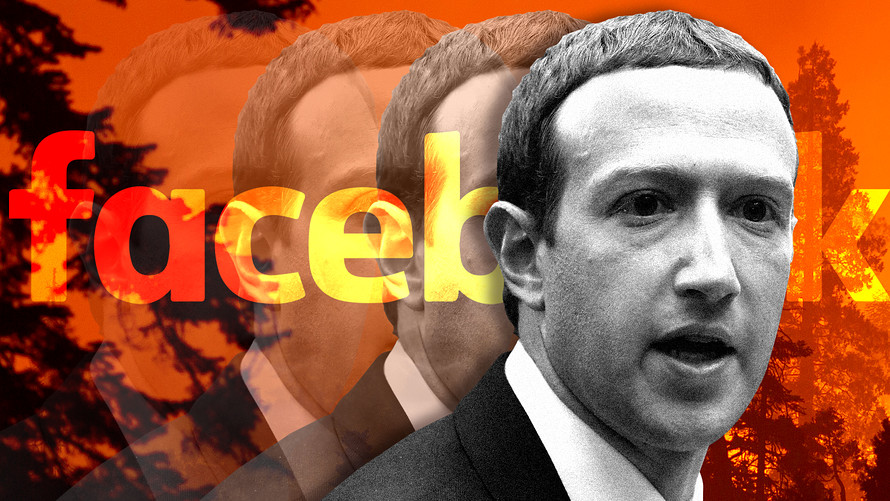 MarketWatch photo illustration/Getty Images
Cohen and Kardashian West are two of the more high-profile members of the protest, which is organized by a coalition of civil rights groups who in July called for an ad boycott of Facebook.

Sacha Baron Cohen and his celebrity brethren have a bone to pick with Facebook Inc. over misinformation and hate on its sprawling digital platforms.

In a preview of the #StopHateForProfit protest planned against Facebook /zigman2/quotes/205064656/composite FB -3.99%  on Wednesday, Cohen, Leonardo DiCaprio, Jennifer Lawrence, Orlando Bloom, Kerry Washington, and Kim Kardashian West are speaking out against the social-networking giant and some of the content that courses over its digital properties to 2.7 billion monthly active users.

“I love that I can connect directly with you through Instagram and Facebook, but I can’t sit by and stay silent while these platforms continue to allow the spreading of hate, propaganda and misinformation -- created by groups to sow division and split America apart,” Kardashian West, who has 188 million followers on Instagram, wrote in a post published to multiple social-media accounts Tuesday.

See also: Facebook gives in to pressure on climate-change myths — including that antifa started deadly wildfires in western states — with new ‘science-based’ hub

In a blistering tweet to his 420,700 followers on Twitter Inc. /zigman2/quotes/203180645/composite TWTR +2.34%  , Cohen said, “Amazing -- every hour, more people are joining tomorrow’s Instagram freeze to tell Facebook to #StopHateForProfit Advertisers, FB employees and users are fed up. Facebook -- stop spreading the hate, lies and conspiracies that inflame our societies!”

Cohen and Kardashian West are two of the more high-profile members of the protest, which is organized by a coalition of civil rights groups who in July called for an ad boycott of Facebook. Hundreds of companies, ranging from Microsoft Corp. /zigman2/quotes/207732364/composite MSFT +1.28%  to Starbucks Corp. /zigman2/quotes/207508890/composite SBUX +0.76%  , joined the boycott.

On Monday, the NAACP and the Anti-Defamation League said they were calling on celebrities and companies to stop posting on Instagram, Facebook’s popular photo-sharing app, for a day on Wednesday. They object to Facebook’s handling of hateful content on its platform, and are demanding the company stop allowing politicians to lie in political ads. (Facebook has declared a moratorium on new ads in the week preceding the Nov. 3 elections.)

Protest organizers are particularly perturbed by what they call Facebook’s failure to shutter the page of a Kenosha, Wisc., militia group. Last week, Facebook said it removed misinformation on its platform that antifa activists were setting blazes on the West Coast.

A Facebook spokesperson declined comment on the celebrity protest. The company’s shares are flat in after-hours trading Tuesday.

It’s just the latest PR headache for Facebook, which has faced withering criticism for years from members of both major political parties for content on its platform. A Federal Trade Commission antitrust suit could be filed against Facebook by the end of 2020, according to a Wall Street Journal report late Tuesday. A Facebook spokesman declined comment.

In a lengthy Facebook post in late June, am embattled Facebook Chief Executive Mark Zuckerberg said the company was committed to remove content that “incites violence” or suppresses voting, “no matter where it comes from” — including from politicians like President Donald Trump.