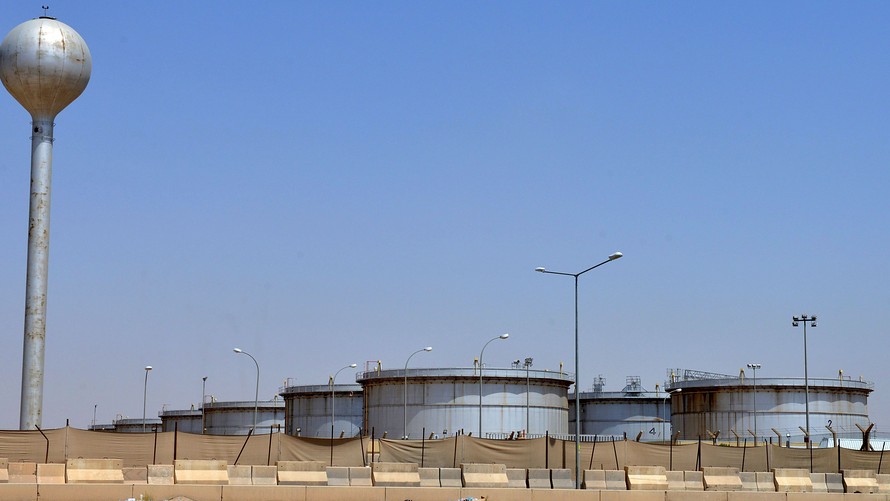 Investors just received another reminder that global geopolitical jitters — and the threat to economic growth — remains the main driver for the U.S. Treasury market and yields.

The drone attack on Saudi Arabian oil production facilities over the weekend put a halt to one of the steepest bond market selloffs in several years as panic-stricken investors flocked back to the safety of government paper on Monday. Despite markets pricing in higher inflation expectations from skyrocketing crude prices, the accompanying drop in Treasury yields underlines how demand for havens have overshadowed fears of price pressures. Yields and bond prices move in opposite directions.

The benchmark maturity has dropped around 80 basis points since the beginning of the year as the Federal Reserve pivoted away from its hiking cycle to outright easing amid worries that a global trade war would wash on U.S. shores. 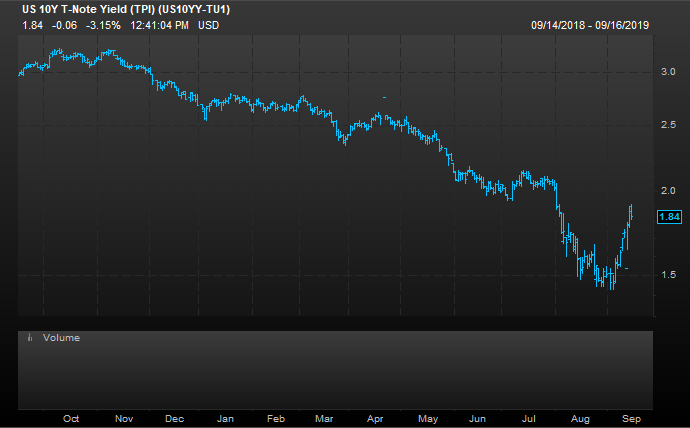 See : Why the Saudi oil attack is a ‘big deal’ that could be a ‘game-changer’ in stock markets and crude prices

Monday’s bond-market action goes against how values for fixed-income assets usually interact with crude markets. Higher oil prices tend to deliver a knock-on rise in government bond yields, and lower debt prices, because they stoke inflation, the bogeyman of debtholders who worry that its corrosive effects can erode a bond’s fixed-interest payments.

As a result, inflation expectations have risen. The 10-year breakeven inflation rate jumped nearly 5 basis points to 1.78% on Monday, from a nearly three-year low of 1.51% set on Sept. 3, data from Tradeweb show.

The breakeven rate represents the difference between the nominal bond yield and the inflation-adjusted yield, in other words, it reflects bond investors’ expectation for the average rate of inflation over a number of years.

Lyngen say it’s important to pay attention to the underlying cause of higher crude values.

He said the double-digit percentage rally in the U.S. oil benchmark was driven by fears of tightening supply as opposed to a broader increase in demand for commodities from faster economic growth. In addition, higher energy costs have historically led to elevated recession concerns, though that relationship has come in doubt as the U.S. has become a larger crude producer.

In that backdrop, the Federal Reserve may not see the rise in market-based inflation expectations as a reason to hold back on further easing, which should deliver a boost to government bonds.

“The attacks only reinforce our expectations for the Fed to cut rates a quarter-point on Wednesday and then again in October,” he said.

Read : Here’s what happened to the global economy the last eight times oil prices have doubled

Still some expect prospects of stronger price pressures to ultimately contain a further surge in government bond prices, despite how Treasurys gained value on Monday.

“As long as breakevens are rising it will be very hard for [long-dated bonds] to rally much further in North America,” wrote Ian Pollick, head of North American rates strategy at CIBC Capital Markets.