WASHINGTON (AP) — House Intelligence Committee Chairman Adam Schiff said Tuesday he will subpoena the Department of Homeland Security after a department whistleblower wasn’t allowed access to documents and clearance he needs to testify.

Brian Murphy said in a whistleblower complaint earlier this month that he was pressured by more senior officials to suppress facts in intelligence reports about Russian election interference and other matters. Schiff said he will issue two subpoenas to the department for documents and testimony after “unnecessary delay and obstruction” over materials that would allow Murphy to testify to the panel behind closed doors.

Murphy has agreed to tell his story to Congress, but his lawyer has said he cannot appear until he resolves the issues with the department over access to information.

The whistleblower — a former FBI agent and Marine — alleges that senior DHS officials pressed him to alter reports so they would reflect administration policy goals.

Schiff, D-Calif., said the committee would compel the document production by Oct. 6. The second subpoena would demand that DHS official Joseph Maher, Murphy’s temporary replacement in the Office of Intelligence and Analysis, testify in an open hearing Friday to explain why the department is delaying security clearances to Murphy’s attorneys and failing to produce documents to the committee, as well as to answer questions about Murphy’s complaint.

Schiff said in a statement that the panel “will no longer tolerate the obstruction and attempts to run out the clock by the department.” 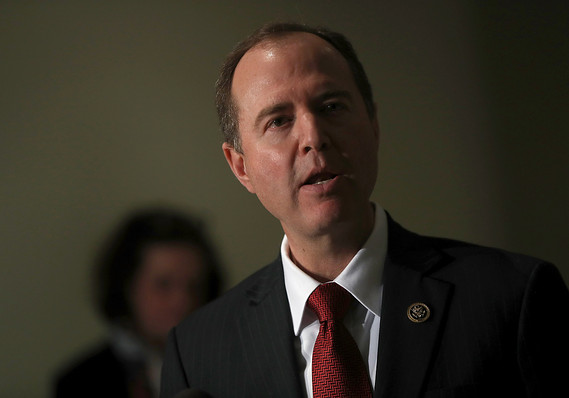 Murphy said in the complaint that he was pressured by senior officials to suppress facts in intelligence reports that President Donald Trump might find objectionable, including information about Russian interference in the election and the rising threat posed by white supremacists. The department has denied his allegations.

A former FBI agent and Marine Corps veteran, Murphy also alleged that senior DHS officials pressed him to alter reports so they would reflect administration policy goals. He said he was demoted from his post as principal deputy under secretary in the Office of Intelligence and Analysis for refusing to go along with the changes and for filing confidential internal complaints about the conduct. He remains with the department in a different capacity.

Read on: Challenge coin features as ex–Pence adviser Olivia Troye rebuts Keith Kellogg’s story of her being fired and marched out of White House