‘There’s this myth that women falsely accuse men of harassment’ 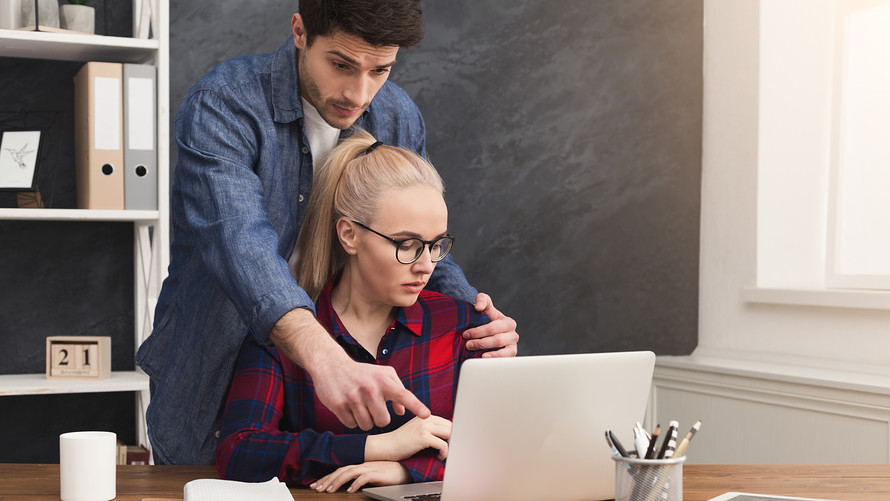 Sexual harassment at work is on the decline, but sexism is rising.

That’s according to a new study from the University of Colorado’s Leeds School of Business. Researchers polled over 500 women in September 2016 and again in September 2018. These women said harassment, like unwanted sexual attention, staring, “leering and ogling,” and fondling, dropped in those two years. One quarter of women reported unwanted sexual attention in 2018, compared to 66% in 2016. Sexual coercion dropped from 25% to 16%.

‘There’s this myth that women falsely accuse men of harassment, and this idea can hurt women at work.’

—Stefanie Johnson, professor at the Leeds School of Business

Now for the bad news: Sexism and sexist remarks, which the study authors defined as “gender harassment,” rose over those two years. The percentage of women experiencing gender harassment rose from 76% to 93%. “These results were a little surprising,” Stefanie Johnson, one of the authors on the study and a professor at the Leeds School of Business, told MarketWatch.

Cathy Ventrell-Monsees, senior counsel at the EEOC, estimated that only 15% to 20% sexual harassment incidents are reported. The rise in complaints could therefore be a good thing, as it may indicate not a rise in harassment but rather an increased willingness to address and report it.

“These studies suggest the increased attention around sexual harassment during the #MeToo era is making a difference,” Johnson said. “Fewer women are being sexually harassed and those who still face harassment know that this is not something unique to them—it is an issue that many women have faced.”

Offices are also changing their policies and taking harassment more seriously. More than half — 51% — of U.S. companies reviewed their sexual-harassment policies due to the #MeToo movement, according to research released in June by outplacement and executive coaching firm Challenger, Gray & Christmas .

Of the companies that did review their policies, 72% updated them. And 20% of companies reported observing a more respectful workplace since the #MeToo movement. “Organizations are taking it more seriously,” Johnson told MarketWatch. “They don’t want to be the next headline.”

A clear code of conduct is helpful as well. Johnson says a strong harassment policies include anonymous reporting systems that ensure an individual who is being harassed doesn’t have to report that harassment to the person harassing them. “Both men and women need to know what is acceptable and what isn’t. It needs to be clear,” she added.

Some companies, like Airbnb, Facebook /zigman2/quotes/205064656/composite FB -0.56% and Netflix /zigman2/quotes/202353025/composite NFLX +0.65% , now go as far as to tell employees not to ask a co-worker on a date more than once. “Repeatedly asking someone on a date can lead to a feeling that the work environment is hostile,” Bao-Viet Nguyen, a Netflix spokesman, told MarketWatch.

Why is sexism increasing?

Researchers from the University of Colorado study speculate the rise in sexism women are observing may be part of a backlash to the #MeToo movement.

As an example of sexism in the workplace, Johnson pointed to men not wanting to mentor women and not wanting to be alone with women at work. Over half — 60% — of male managers say they are uncomfortable with being alone around women at work, according to a survey released in June by Facebook COO Sheryl Sandberg’s LeanIn.org .

“There’s this myth that women falsely accuse men of harassment, and this idea can hurt women at work,” Johnson said. “They’re less likely to get mentored, so they’re less likely to get a promotion or a new opportunity.” She also said that women can become “hyper-aware” of their gender in a way that’s uncomfortable when men actively try to avoid them.

“Most executives are men,” Andrew Challenger, Vice President of Challenger, Gray & Christmas, said. “So this can really hurt a woman’s career.”