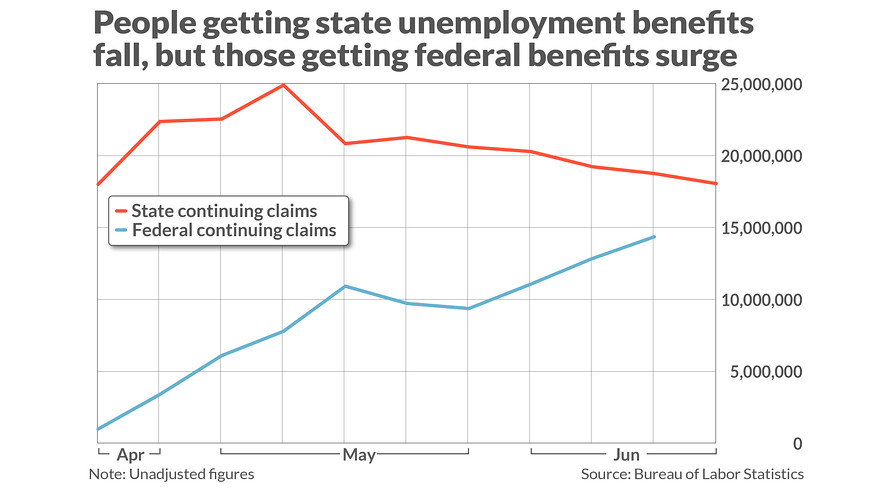 The gap between weekly continuing jobless claims and the monthly unemployment numbers has left a big — and inexplicable puzzle — for Wall Street (DOW:DJIA) . Why aren’t all these people telling the Labor Department they are unemployed?