Hitler’s party got an electoral boost in part owing to whom the pandemic hit, with younger people faring worst in the public health crisis — which ‘may also have spurred resentment of foreigners among the survivors ... , driving voters towards parties whose platform matched such sentiments’ 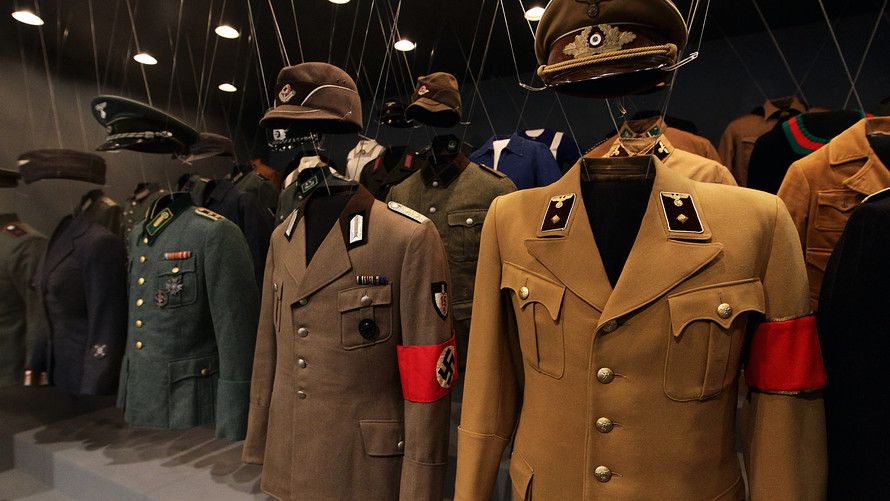 Associated Press
Uniforms worn by Adolf Hitler and members of his regime on exhibit in 2010 at Deutsches Historisches Museum in Berlin in an exhibition pondering the question of why so many Germans chose to accept, and even support, Hitler and his fascist ideology.

Nazis rose to power in Germany in part because of dislocations caused by a mass-death pandemic a century ago, research published by the Federal Reserve Bank of New York on Monday said.

The paper , written by bank economist Kristian Blickle , examined how the German political system reacted to the influenza pandemic that struck the world between 1918 and 1920.

Germany’s economy was in terrible shape in the wake of World War I. But it wasn’t just the economic environment that helped fuel the rise of the Nazis and the plunge of the world into a second global war.

Those events have been back in the world’s consciousness as nations attempt to navigate the coronavirus crisis. The current crisis has resulted in large death tolls, profound economic dislocations and great political uncertainty, at a time when many nations have seen the rise of nationalist political movements that seek to reverse decades of economic and political international linkages.

A century ago, “influenza deaths themselves had a strong effect on the share of votes won by extremists, specifically the extremist national socialist party,” the paper said in reference to the Nazi party, led by Adolf Hitler, who became chancellor of Germany in 1933.

“This effect dominates many other effects and is persistent even when we control for the influences of local unemployment, city spending, population changes brought about by the war, and local demographics or when we instrument for influenza mortality,” Blickle wrote.

The changed voting patterns specifically appeared to boost Nazis over other movements, the paper said. “The same patterns were not observable for the votes won by other extremist parties, such as the communists.”