The parade’s online, but will the partyers still hit the streets? 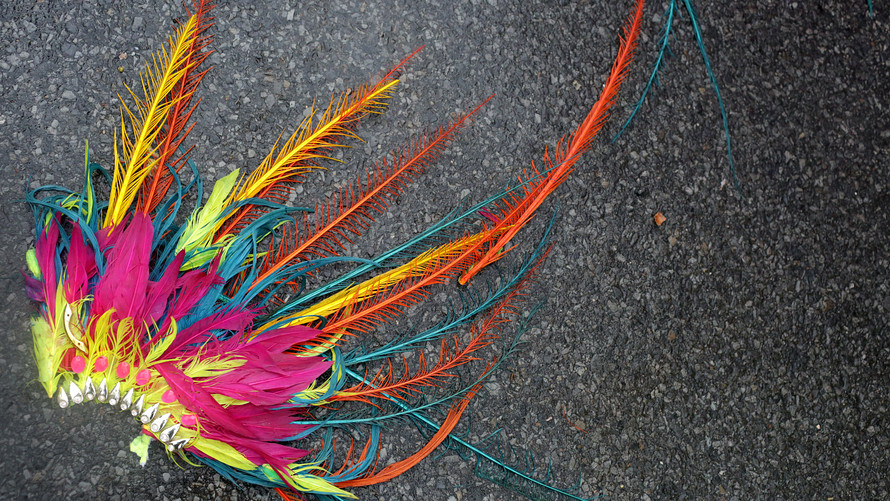 Some New York activities can be performed at a nice, quiet, safe distance.

But standing outside while the late-summer sun bears down on Eastern Parkway and the sound of a steel-drum band causes the hips to sway involuntarily—sorry, that is not a solitary pursuit. It provokes happy gyrations. It leads to the profligate hugging of strangers and friends. It brings people physically together, the exact opposite of social distancing.

So welcome to Labor Day 2020, the Year of the Deadly Pandemic, when who-knows-what is floating in the Crown Heights air. Nothing feels safe this year. The annual West Indian Day Parade and the J’Ouvert festival that precedes it have gone officially virtual, along with the bands, costumes, DJs, marchers and dancers that normally define this celebratory weekend of Caribbean pride.

The only official in-person event will be a breakfast honoring frontline workers from the coronavirus crisis as well as J’Ouvert Steelband members who were lost to the virus. And the people in charge of all of it are trying gamely to put the best face on things.

“We will celebrate our collective heritage, our joy and creative expressions in every way we can—safely,” emphasized Angela Sealy, the longtime board chair of the West Indian American Day Carnival Association.

“For this year, COVID-19 may have silenced our street music,” said Yvette Rennie, another longtime organizer. “But it cannot stop the music in the hearts of our steel band and masquerade proponents.”

“We remain committed to carnival at heart,” vowed U.S. Rep. Yvette Clarke, a Democrat and a daughter of Jamaican immigrants whose district includes a wide swath of central Brooklyn. “While tradition has dictated in the past that we gather together, this is not the time.” 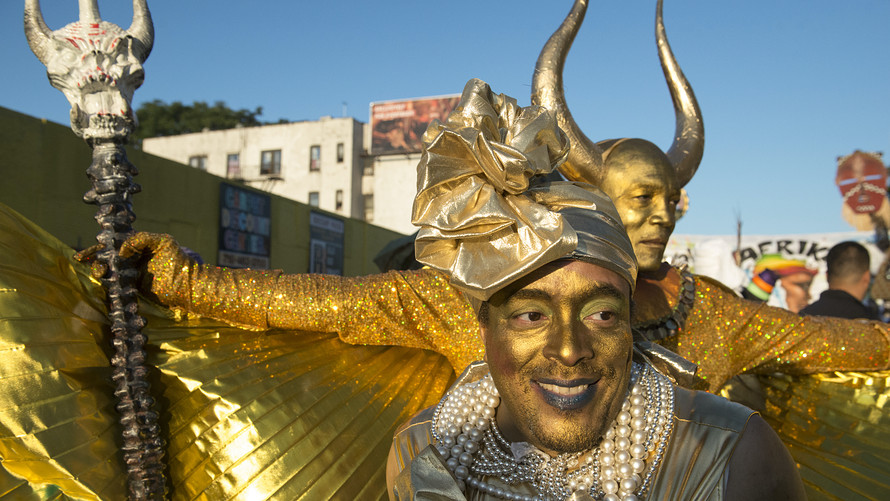 All of which sounded eminently sensible under the circumstances. But what happens if they don’t hold a parade and people come anyway?

It’s the opposite of the problem experienced in many cities, where public events are held year after year and few people bother to attend. This weekend in Brooklyn, no one is really expected to stay home. And that has city police on edge.

On Thursday afternoon, top NYPD officials gathered at police headquarters in lower Manhattan and promised to flood the streets of Brooklyn with cops this weekend, enforcing the city’s mask and distancing rules, breaking up large crowds and, if necessary, making arrests. The warnings come after a summer of shootings, what Chief of Department Terence Monahan called a “tidal wave of violence,” especially in central Brooklyn, where 26% of the shootings occurred. The cops are eager to avoid a Labor Day crescendo, with or without the steel-drum bands.

“If there’s groups out there, we’re going to try to break it up,” said Monahan, the department’s highest-ranking uniformed member, who oversees 40,000 uniformed and civilian members. “We’re not looking to arrest people. They’re out to celebrate. But we can’t have the violence. Let me be very clear. Those who cause violence and endanger lives can expect to be arrested.”

Don’t miss: I went to the Met, and here’s what I saw

The concerns are more than hypothetical. In some past years, the West Indian celebrations have sparked sporadic shootings and other violent outbursts, many of them flowing from gang turf disputes. At the same time, shootings are up citywide this year. Since June 1, the police count 708 shootings with 899 victims. That’s compared with 277 shootings with 338 victims during the same period last year.

“Two cops in a radio car are not going to pull up to 200 people on the corner and be able to move them,” Monahan said. “That’s why we have so many cops out there. We need to have enough police out on the street to deal with these large events.”

All this comes at a time when Mayor Bill de Blasio has his hands full on several fronts at once, much of it brought on by the coronavirus. He announced this week that city students won’t be physically returning to their classrooms until Sept. 21 at the earliest. There’s also soaring unemployment, 22,000 potential municipal layoffs, a transit system on the brink of financial ruin and a $9 billion city deficit over the next two years. And that’s before the first gun is shot in Brooklyn.

As the holiday weekend arrives, you could understand why the mayor wasn’t looking to add anything new to his plate. “You can celebrate from your home socially distant,” he suggested. He sounded hopeful but far from confident.

Ellis Henican is an author based in New York and a former newspaper columnist.