Haunted by 2008's losses, some shareholders choose a go-anywhere approach

NEW YORK (MarketWatch) -- Sometimes it pays to be in the right place at the right time, as the managers of the Osterweis Fund can attest.

As the stock market tanked in late 2008 and investors watched their losses pile up, Osterweis Fund /zigman2/quotes/205792452/realtime OSTFX +0.98% saw a dramatic increase in new money. The reason: while the fund invests primarily in stocks, its managers are free to hold cash and even some short-term bonds if they think it's appropriate. 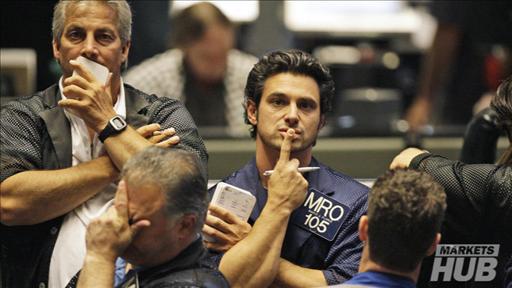 Markets Hub: Will the correction deepen?

Stocks are clearly in correction territory but where do they go from here? There are plenty of headwinds, including the euro zone crisis and the weak housing market in the U.S. But there are some tailwinds too. Paul Vigna, Madeleine Lim and Dave Kansas discuss.

That's exactly what happened in the fourth quarter of 2008. As the market fell, Osterweis Fund's portfolio held 50% of its assets in cash and short-term bonds. The fund lost 29% that year -- nine percentage points better than the Standard & Poor's 500-stock index /zigman2/quotes/210599714/realtime SPX +0.74% -- and management's only regret is not being quicker about leaving stocks.

"We sold our financial stocks in the first quarter of 2008, and sold our high-multiple stocks in the summer," said Matt Berler, portfolio manager at Osterweis Capital Management, and part of the team that runs the fund. "But we should have lowered [the rest of] our stock exposure sooner."

Osterweis falls into the stock fund category, but its tactical approach to leaving stocks if necessary distinguishes from many of its peers. It's a strategy that often preserves capital -- and one that seems to be increasingly popular with investors still reeling from heavy losses.

From the start of the fourth quarter of 2008 to the end of this year's first quarter, all stock mutual funds saw net outflows of $93 billion, according to the Investment Company Institute, an industry trade group.

The idea of giving fund mangers total freedom is catching on with investors. A small but growing category known as global tactical asset allocation funds are increasingly popular, garnering $20 billion of net inflows since the start of the fourth quarter of 2008, according to Strategic Insight.

"Investors have been drawn to these funds in reaction to the financial crisis," said Loren Fox, senior research analyst at Strategic Insight. "Managing funds in an unconstrained or tactical manner can, theoretically, provide downside protection and some sort of absolute return during further episodes of extreme market volatility -- goals may appeal to more risk-averse investors."

"Some investors like the fact that these funds give their portfolio managers greater flexibility than funds designed to plugged into style boxes -- it can allow the managers to be more nimble," added Fox.

That flexibility is often absent in other mutual funds, in part because many managers run their funds for institutional clients, whether large investors or financial advisers. These clients typically allocate money to a manager based on a certain strategy -- U.S. large-cap, for instance -- and any reallocation is made by the client, not the manager.

But individual investors can suffer under this approach because they don't have such rigid allocations and rely on their managers for both achieving gains and minimizing losses. As such, it's likely that flexible funds' popularity isn't going to wane any time soon -- Fox noted that several funds of this type are being primed for launch.

The flexible approach is also popular for some managers, too, allowing them to pick and choose how they handle their money.

Among funds with a go-anywhere, tactical approach, two of the largest are BlackRock Global Allocation Fund /zigman2/quotes/205546109/realtime MALOX +0.83% , with $40 billion in assets, and the $20 billion Ivy Asset Strategy Fund /zigman2/quotes/203442261/realtime WASAX +0.94% . Recent net inflows into these funds attest to the popularity of their approach.

Of course, the attraction of tactical funds over the past year or two has in large part been their performance.

And as the Osterweis fund shows, even a tactical fund with a more limited mandate can benefit when markets are bad.

"There are times when we, as managers, simply don't want to be fully invested," said Osterweis' Berler.

Sam Mamudi is a reporter for MarketWatch, based in New York.