Aside from a few temporary jolts of excitement, the S&P 500 has pretty much gone nowhere so far this year. The index is down 0.2% year to date. Plus, it's trading in a narrowing consolidation range: We haven't seen a move of 2% or more, up or down, since April 10. 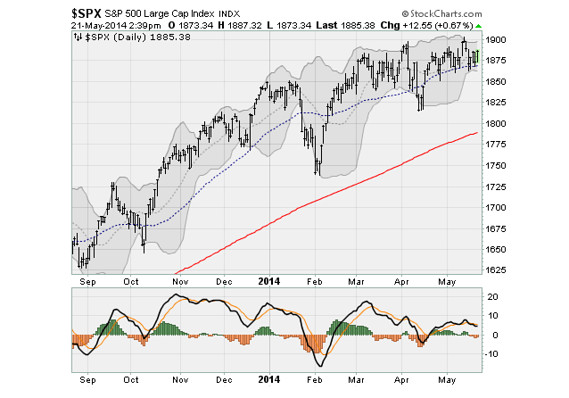 How much longer will stocks be stuck in the doldrums?

To answer that, we need to understand why the trading action has been so subdued. Superficially, neither the bulls nor the bears have the motivation to break through some significant technical resistance and support levels. The S&P 500 has been dogged by the 1,900 level on the upside, while the 50-day moving average has been providing robust support since mid-April. 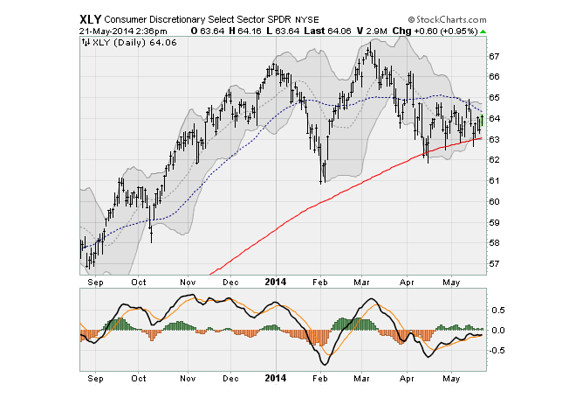 These technical levels aren't just in play for the overall average, but at the sector level as well. Just look at the chart of the Consumer Discretionary Select SPDR /zigman2/quotes/200844504/composite XLY +1.58% shown here. Over the last two months, the XLY has been tightly trading between its 50-day and 200-day moving averages. And just over the past week, the trading range has tightened to such an extent that you'd be forgiven for losing interest. There just isn't much action.

Fundamentally, there are many reasons things have settled into a stalemate.

The economic outlook is increasingly cloudy, as the extent to which the terrible first-quarter GDP performance, which looks set to be revised into negative territory, was caused by severe winter weather. The stimulus outlook is hazy, too, with the Federal Reserve continuing its taper, but with the timing of the first short-term rate hike a shifting unknown (earlier or later in 2015?). We're heading into a potentially contentious midterm election. And the geopolitical situation remains in flux with hotspots in the South China Sea, Libya, Ukraine, Syria, and elsewhere.

With a lack of clear catalysts, investors have been satisfied with just letting the market drift aimlessly. But there are risks.

As I discussed recently, complacency is high , with the CBOE Volatility Index plumbing extreme lows. Margin debt is coming down from a 10-year peak, contracting for two consecutive months. Historically, that's a sign that folks are scrambling for the exits ahead of something nasty: According to Jason Goepfert at SentimenTrader, the 15 other times this happened, the S&P 500 was higher over the next year only 40% of the time with a median return of -2.7%.

In preparation for what I see as a rising risk of a harrowing selloff in the months to come, I've recommended clients move into defensive positions in beaten-down areas like precious metals and volatility via the leveraged VelocityShares 2x VIX , which I've added to my Edge Letter Sample Portfolio .

Anthony Mirhaydari is founder of the Edge and Edge Pro investment-advisory newsletters, as well as Mirhaydari Capital Management , a registered investment advisory firm .