Stocks in Europe turn higher ahead of Bank of England decision 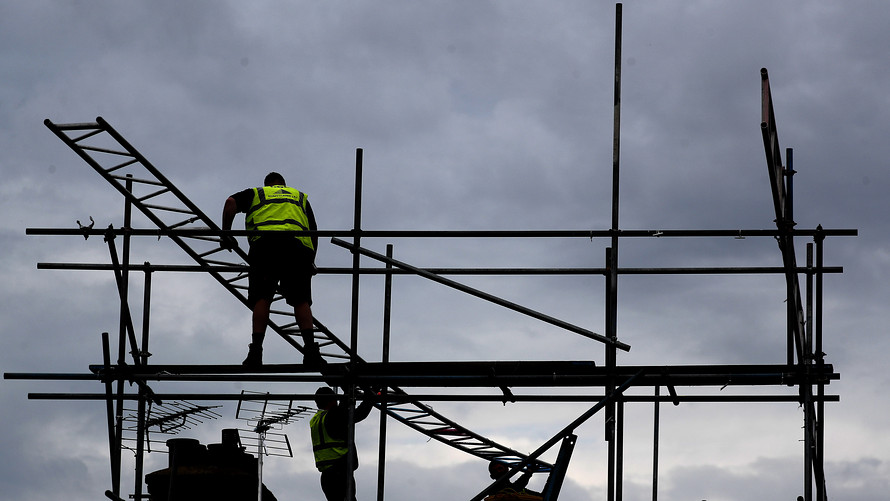 Associated Press
Builders work on a scaffolding in London, England, on June 17, 2020.

European stocks turned higher on Thursday, continuing a choppy week in which markets waver between optimism on signs of improving economic activity and worries that the coronavirus pandemic is still spreading.

Futures on the Dow Jones Industrial Average (CBT:YM00)  rose 76 points after a 170-point fall for the blue chips (DOW:DJIA) on Wednesday.

The Bank of England delivers its latest interest-rate decision at noon local time, or 7 a.m. Eastern, with expectations for at least £100 million more in quantitative easing after May inflation was the weakest in nearly four years.

Strategists at Citi say they expect European equities to be around current levels in 12 months. “We would not chase the market higher, although we recognize this is a consensus view,” they say. While stocks will be supported by $6 trillion of quantitative easing over the next 12 months, the strategists say 2021 earnings estimates are still 30% too high.

The standout mover was Wirecard (DUS:DE:WDI) , which plunged 59% after it said Ernst & Young couldn’t find evidence for €1.9 billion, or roughly a quarter of its balance sheet. Loans of €2 billion can be terminated if audited results can’t be submitted by Friday, Wirecard said.

Tesco (LON:UK:TSCO)  rose 0.8% after reaching a deal to sell its loss-making 301 stores in Poland for 819 million zlotys (£165 million) in cash to Denmark’s Salling Group. Tesco said it would focus its Central European business on Czech Republic, Hungary and Slovakia, and will seek to sell the remaining 19 Polish stores not covered in the deal.

Siemens Gamesa Renewable Energy (MCE:ES:SGRE)  dropped 8% after the wind turbine maker’s chief executive resigned with immediate effect and the company said it would post an adjusted operating loss in the third quarter.