Applying a tax to fruit juice leads to the greatest reductions, according to the study 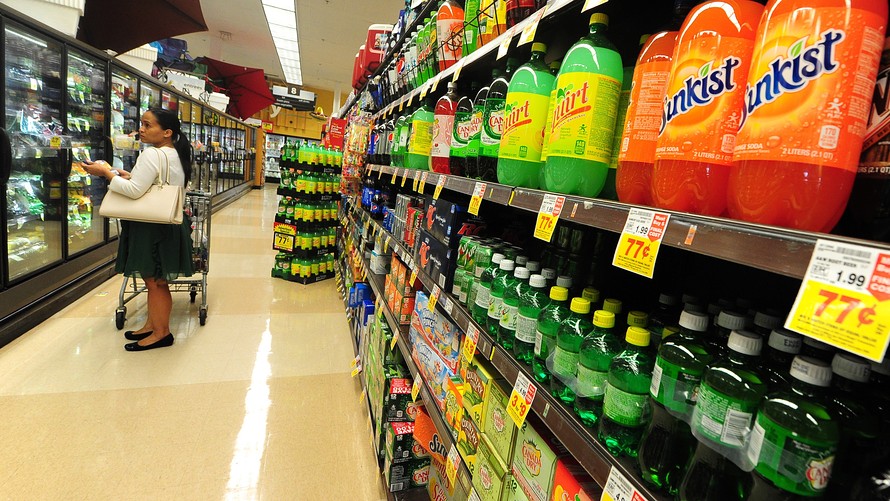 So-called “sugar taxes” and front-of-package nutrition labels may have a real impact, according to experimental research published in the International Journal of Behavioral Nutrition and Physical Activity : They result in consumers buying products with fewer calories and less sugar, sodium and saturated fat.

What’s more, applying the tax to 100% fruit juice — whose naturally occurring sugars can rival the suga r content in sweetened drinks — leads to the greatest reductions in calories and sugar purchased, the study found.

‘Many people don’t realize that fruit juice can have just as much sugar, or more, as regular pop.’

—Rachel Acton, Ph.D student at the University of Waterloo

“Many people don’t realize that fruit juice can have just as much sugar, or more, as regular pop, and these types of drinks aren’t always included in a tax when evidence shows that maybe they should be,” lead study author Rachel Acton, a Ph.D student at the University of Waterloo, said in a statement .

Acton and her co-authors designed an experimental study involving 3,584 Canadians aged 13 and up. Armed with a $5 budget, study participants went about buying beverages and snack foods with various front-of-package labels and with varying taxes (for example, a 20% tax on sugar-sweetened drinks). Some labels said the product was “high in” sugar, while others listed a nutrition grade from “A” through “E.”

Participants who saw the “high in” warning label bought fewer calories and less sugar, saturated fat and sodium, the study found. Sugar-based taxes led participants to buy beverage products that had up to 18% fewer calories and up to 19% less sugar, compared to people who had no sugar tax. In some instances, it even led them to buy products with lower saturated fat and sodium.

The American Beverage Association, a trade group that says it represents the non-alcoholic beverage industry, argued in an emailed statement Thursday that “taxes on common grocery items like beverages have never really improved public health.”

“America’s beverage companies believe there is a better way to help people reduce the amount of sugar they get from beverages than unproductive taxes,” ABA spokesman William Dermody told MarketWatch. “We’re creating more drinks with less or no sugar and we’re making smaller bottle and can options more widely available, and boosting consumer demand for these options through our marketing. Today, 50% of all beverages sold contain zero sugar.”

The present study’s findings also “emphasize the importance of applying taxes to 100% fruit juice to maximize policy impact,” the authors wrote, given that “the vast majority” of jurisdictions don’t include such taxes on beverages.

Frequent consumption of sugar-sweetened beverages like regular soda, fruit drinks and energy drinks is also linked with obesity and weight gain, heart disease, type 2 diabetes and gout, according to the Centers for Disease Control and Prevention .

Seven U.S. cities, including San Francisco, Seattle and Boulder, have passed beverage taxes. Philadelphia, which in early 2017 became the second U.S. city to implement the tax, saw a 38% overall reduction in sales of sweetened beverages, research published this month in the Journal of the American Medical Association found. (An increase in sales in city border zip codes offset the 51% sales decrease within city limits, the study found.)

Other research suggests that the City of Brotherly Love’s 1.5-cent-per-ounce in tax did little to improve consumers’ health because many soda-seekers simply drove outside of city limits to get their fix.

“We do not detect a significant reduction in calorie and sugar intake,” wrote co-authors Stephan Seiler of Stanford University, Anna Tuchman of Northwestern University and Song Yao of the University of Minnesota in a research paper published this month. “The tax does not lead to a reduction in calorie or sugar intake, it is limited in its ability to raise revenue, and it affects low-income households more severely.”