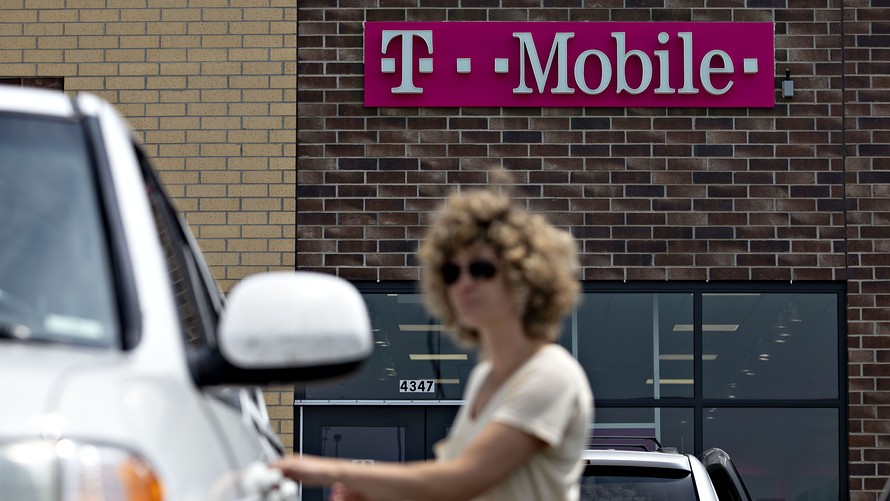 Bloomberg News/Landov
A T-Mobile US Inc. store in Peru, Ill.

T-Mobile, one of the three largest mobile carriers in the U.S., said it’s working to fix a widespread network issue.

The company’s president of technology, Neville Ray, tweeted Monday afternoon at around 4 p.m. Eastern Daylight Time that T-Mobile engineers hope to fix the “voice and data issue” soon. At 6 p.m., Ray tweeted that data services were back up, but that calls and texts were still having problems. He recommended customers use WhatsApp, iMessage and other communications tools instead.

The scope of the outage wasn’t clear, but Ray said it has affected customers around the country. T-Mobile /zigman2/quotes/204659678/composite TMUS +0.17%   representatives did not reply to further questions.

People on Twitter complained that calls were not going through. The Redmond, Wash., police department tweeted that T-Mobile customers should have “an alternate plan in place in the event you need to call 911.”

T-Mobile became one of the country’s largest carriers, along with AT&T and Verizon, after buying rival Sprint. The company has started integrating the two networks.

The Federal Communications Commission, which oversees voice and data networks, said its public-safety bureau is looking into the problem.

T-Mobile paid a $17.5 million fine for two nationwide service outages on the same day in August 2014, which together lasted three hours and prevented customers from being able to call 911.