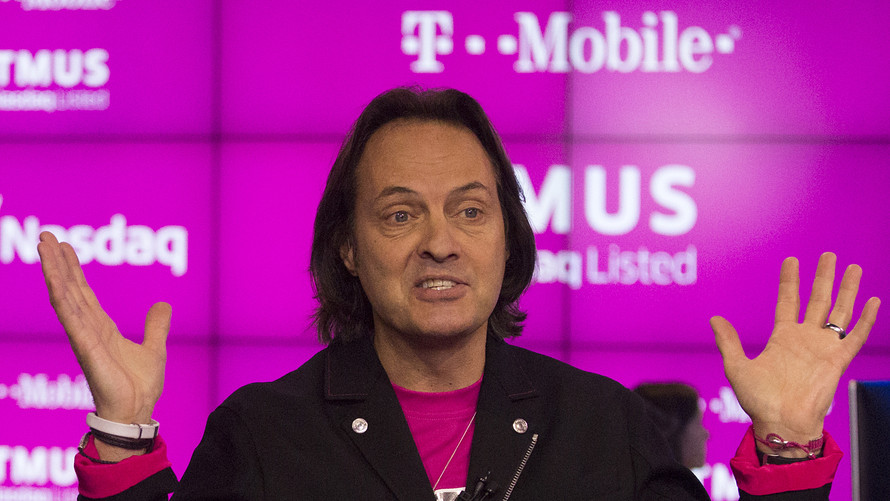 MarketWatch is not alone in criticizing wireless operator T-Mobile US. Inc. for its accounting.

An investor group sent a formal letter of complaint to the Securities and Exchange Commission on Wednesday, asking the regulator to conduct a probe of the company’s accounting practices.

“TMUS appears to have adopted a significant change to its accounting estimates during these four quarters, without providing shareholders with a clear or convincing explanation for so doing.”

The group highlights two issues in its complaint. It maintains that T-Mobile overstated GAAP earnings – those prepared under Generally Accepted Accounting Principles – by about $122 million in the period stretching from the fourth quarter of 2014 through the first three quarters of 2015. It did so in the accounting estimates used to recognize revenue from sales of its Equipment Installment Plans (EIPs), said the letter. That may have helped boost the stock price and in turn, executive compensation, according to CtW.

CtW further criticized the company for its misleading use of non-GAAP measures, which are given greater prominence over GAAP numbers in its earnings releases, contrary to updated SEC guidelines published in May. CtW maintains those numbers can confuse or mislead investors about the company’s true profit. The latter was a point made by MarketWatch’s Francine McKenna after the company reported third-quarter earnings in October.

Read: SEC cracks down on made-up numbers in company earnings

Read also: Here’s how investors are duped each earnings season

“It could give shareholders a misleading impression of profitability, growth in profit and changes over time,” said Richard Clayton, research director at CtW. “That’s information that an investor is going to be incorporating into any investment decision, whether buying, selling or holding the stock, or even voting at a shareholder meeting. It’s important that shareholders get information in an accurate and transparent way.”

T-Mobile has not responded to repeated requests for comment. Deutsche Telekom responded by referring MarketWatch to T-Mobile in which it owns a 65% stake. It noted that T-Mobile’s accounts are audited and “have been confirmed without any objections.” PricewaterhouseCoopers was the auditor on T-Mobile’s 2015 annual report.

The EIP, a product introduced in 2013 by then new CEO John Legere, was typically a two-year contract that offered customers the chance to purchase a handset from T-Mobile and pay in installments. It was part of Legere’s “no strings attached” branding campaign, which aimed to expand the company’s customer base. Customers were required to pay off any remaining balance on the contract if they switched to a new carrier or canceled the service.

CtW’s research found that many customers likely failed to understand the terms of the contract, and based on the number of complaints made to the Federal Trade Commission and Better Business Bureau, many were likely unable to make their payments. The company itself acknowledged that credit risk was rising in its customer pool in disclosures showing the number of subprime customers was growing faster than its prime customer base.