Stock has lost one-third of its value in a little over a week, after share sales and S&P 500 index snubbing 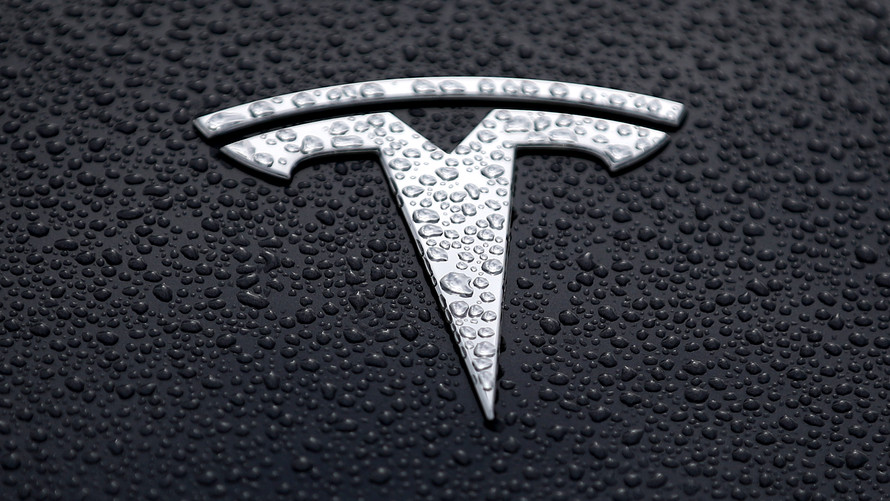 Shares of Tesla Inc. suffered Tuesday their biggest loss since going public to kick off the second bear market this year, as investors rode a roller coaster over the past week that started with a climb to a record close and was followed by a stock offering, a big bounce, and then an S&P 500 index snubbing.

The stock’s selloff kicked off last Tuesday after the electric vehicle maker disclosed a $5 billion stock offering and a large shareholder reduced its stake. On Friday, the stock had plunged as much as 8.6% intraday, before pulling a sharp U-turn to close up 2.8%, to snap a 3-day losing streak, after the company disclosed stock trades by a number of insiders.

Then after the close Friday, the stock took a beating after S&P Dow Jones Indices stunned investors by not adding Tesla’s stock to its benchmark S&P 500 index /zigman2/quotes/210599714/realtime SPX +1.49% , as many on Wall Street believed was a foregone conclusion.

“Tesla not getting into the S&P 500 club is a head scratcher and the stock will likely be down for the indexing implications,” Wedbush analyst Dan Ives said in an email to MarketWatch, as reported by MarketWatch’s Jeremy Owens.

“With an estimated ~$4.5 [trillion] of assets indexed to the S&P 500, we think shares were reflecting expectations for substantial passive inflows,” Baird analyst Ben Kallo wrote in a research note. “Unclear why [Tesla] was not included in the recent rebalancing cycle, though we do think the stock will eventually be added to the S&P 500, having fulfilled all inclusion criteria .”

The shock snubbing pushed the stock over the widely-watched 20%-decline threshold.

Many on Wall Street label a decline on a closing basis of at least 10% to up to 20% from a record as a correction, and define bear market as a drop of at least 20%. Although those definitions are arbitrary and not necessarily considered a trading trigger, they are still often noted in trading lore, as they can be useful in recognizing volatility amid longer-term trends.

It took just two days for the stock to enter correction territory, as on Sept. 2 it closed 10.2% below its Aug. 31 record. Many would view a close on Tuesday at or below $398.65 as marking the beginning of a bear market.

Also read : Tesla’s stock sinks again to kick off a correction after disclosure of another large seller. 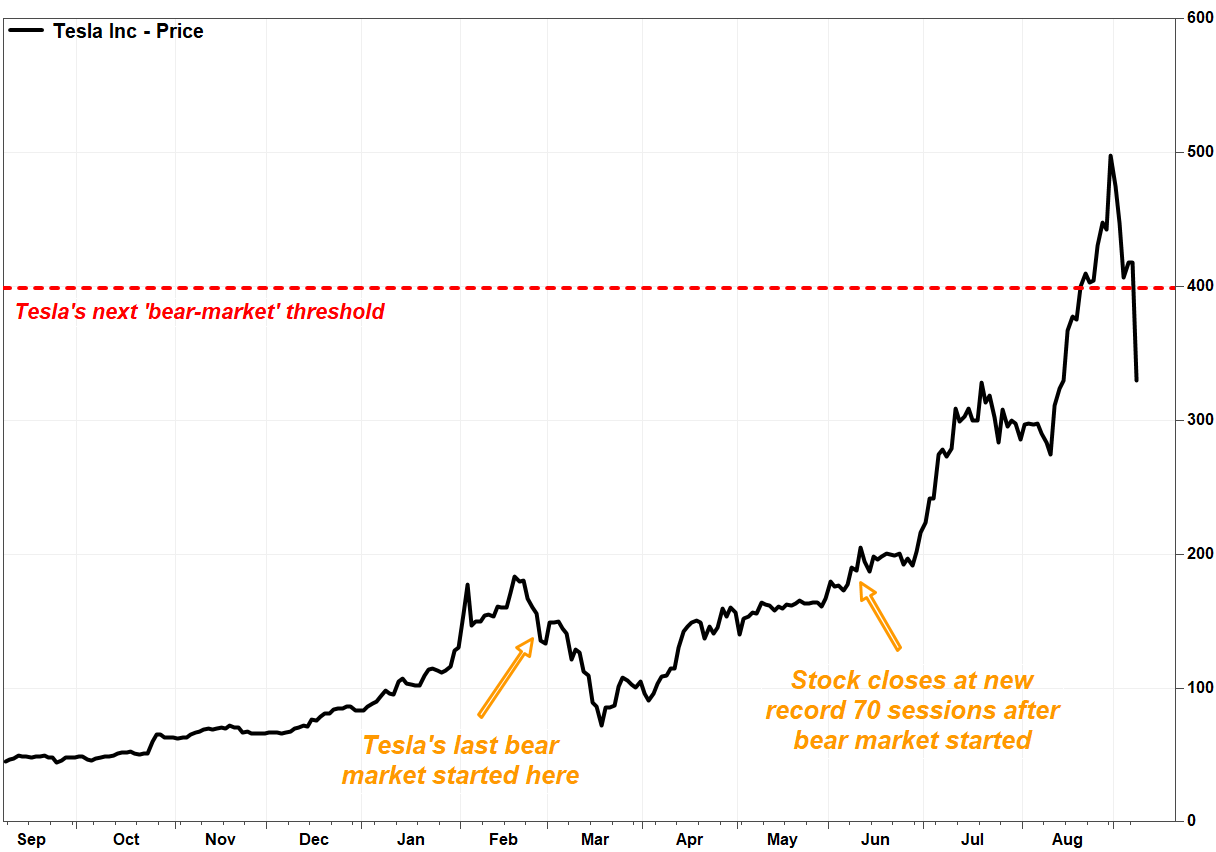 The stock didn’t reach another record closing high until Dec. 18, 2019, or 534 trading sessions after the bear market kicked off.