Climate change has been transforming the Arctic for about 30 years 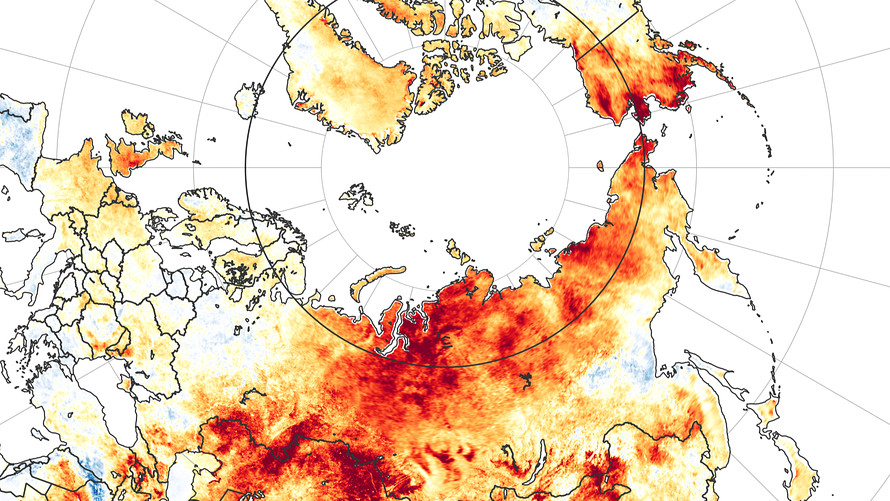 NASA
The darkest reds on this map of the Arctic are areas that were more than 14 degrees Fahrenheit warmer in the spring of 2020 compared to the recent 15-year average.

The Arctic heat wave that sent Siberian temperatures soaring to around 100 degrees Fahrenheit on the first day of summer put an exclamation point on an astonishing transformation of the Arctic environment that’s been underway for about 30 years.

As long ago as the 1890s , scientists predicted that increasing levels of carbon dioxide in the atmosphere would lead to a warming planet, particularly in the Arctic, where the loss of reflective snow and sea ice would further warm the region. Climate models have consistently pointed to “ Arctic amplification ” emerging as greenhouse gas concentrations increase.

Well, Arctic amplification is now here in a big way. The Arctic is warming at roughly twice the rate of the globe as a whole . When extreme heat waves like this one strike, it stands out to everyone. Scientists are generally reluctant to say “We told you so,” but the record shows that we did.

As director of the National Snow and Ice Data Center and an Arctic climate scientist who first set foot in the far North in 1982, I’ve had a front-row seat to watch the transformation.

Arctic heat waves now arrive on top of an already warmer planet, so they’re more frequent than they used to be .

Western Siberia recorded its hottest spring on record this year , according the EU’s Copernicus Earth Observation Program, and that unusual heat isn’t expected to end soon. The Arctic Climate Forum has forecast above-average temperatures across the majority of the Arctic through at least August. 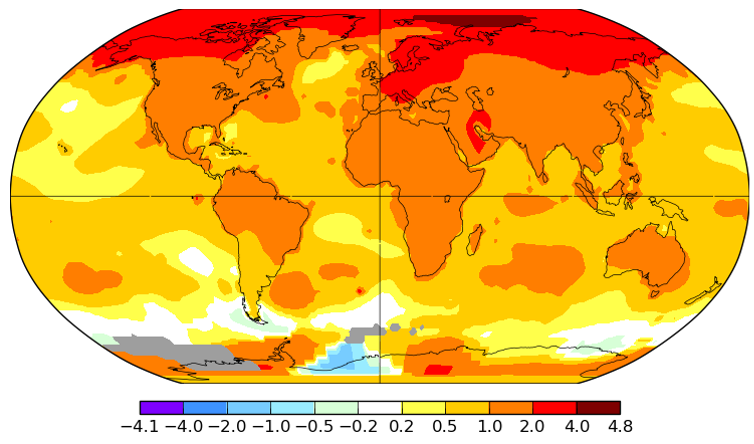 Arctic temperatures have been rising faster than the global average. This map shows the average change in degrees Celsius from 1960 to 2019. NASA-GISS

How heat waves get stuck

Why is this heat wave sticking around? No one has a full answer yet, but we can look at the weather patterns around it.

As a rule, heat waves are related to unusual jet stream patterns, and the Siberian heat wave is no different. A persistent northward swing of the jet stream has placed the area under what meteorologists call a “ridge.” When the jet stream swings northward like this, it allows warmer air into the region, raising the surface temperature.

Is that what we’re seeing right now? We don’t yet know.

We do know that we’re seeing significant effects from this heat wave, particularly in the early loss of sea ice.