The big bank bloodbath: losses near half a trillion dollars

At 20 big banks, plunging share prices this year have erased a quarter of their combined market value 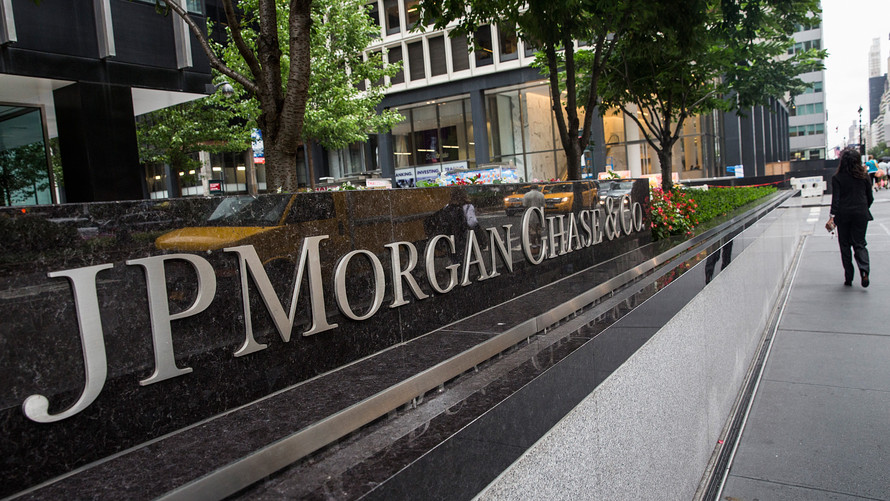 Big banks are nearly half a trillion dollars in the hole.

Since the start of 2016, 20 of the world’s bigger banks have lost a quarter of their combined market value. Added up, it equals about $465 billion, according to FactSet data.

Brexit isn’t all to blame. True, bank stocks have plummeted since the U.K. voted last month to leave the European Union. But they have been losing value since the start of the year, when a group of factors—the Chinese economy, the path of U.S. interest rates, oil prices—weighed on the markets.

More than pride is at stake. Sharp share-price falls will make it much more difficult, and expensive, for banks to raise capital if that is what is ultimately needed to shore up their balance sheets.

Just as bad, a serious decline in market value can breed inaction among bank executives. Instead of selling equity when they can, executives may wait for share prices to recover, only to find themselves in a worse situation as stocks drop even further.

To get a handle on the severity of 2016 for banks, The Wall Street Journal examined the biggest U.S., U.K. and Swiss banks, some of the biggest European ones, as well as the biggest bank in each of China and Japan. 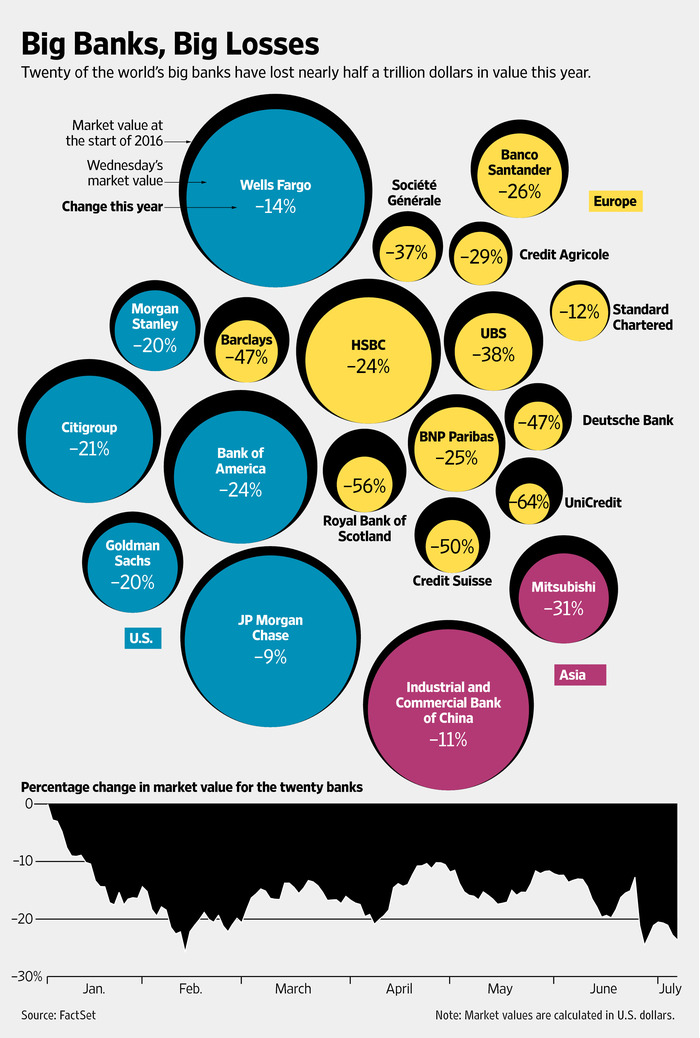 Read the full version of this article at WSJ.com.