The end of deep-sea oil drilling as we know it 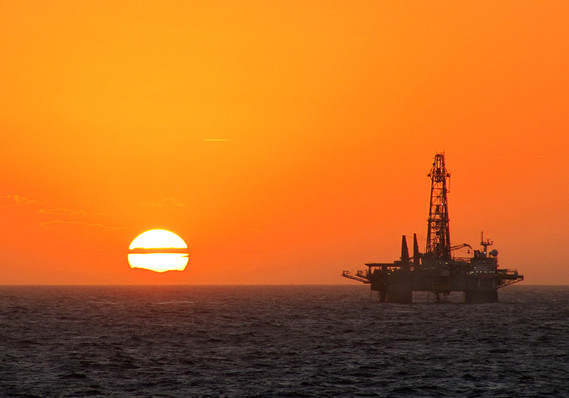 I have been talking about how the advent of hydraulic fracturing would change the world since 2011. Among the things I have said is that "fracking" would lead the United States to being energy independent when coupled with solar development. That day is fast closing in.

Last June when I forecast a steep decline in the price of oil, I suggested that it would be rangebound for a long time due to steady manageable supply and falling demand growth that would eventually turn into demand destruction.

Once the current oil-supply-and-demand imbalance is narrowed, and it will be faster than many are now predicting because consolidation will put supply into the hands of fewer corporations like Dow components Exxon (NYS:XOM)  and Chevron (NYS:CVX) , we will see the price of oil rise back to around $80 per barrel as soon as next summer I believe. The stock market will anticipate those higher oil prices as soon as it sees significantly more mergers and take-unders occur in the next few quarters.

What we aren't likely to see is a rise in the price of oil above $100 for at least several years unless there is a war or significant event that disrupts supply. Last December, I talked about the geopolitical aspects of the collapse and potential rebound in oil and gas prices. It is important to consider the real motivations of the major oil-producing nations.

Interestingly, with all the concern that environmentalists have about fracking (I count myself as one), most discount the massive environmental benefits of fracking. We are seeing the demand for coal turn over for the first time since industrialization. That would not have happened without cheap natural gas from fracking. We are also probably seeing the end of most new deep-sea oil drilling. Many people are completely missing this, including those who protested Royal Dutch Shell’s (NYS:RDS.A)  permit to drill off of Alaska, which may never result in an active oil field because new deep-sea oil drilling may never be economic again. Shell indicated that if the field was developed, it woudn't likely happen until around 2030.

As we know, about 65% of oil is used for transportation globally. We are within about a decade of major demand destruction for oil used in passenger vehicles due to alternatively powered vehicles taking a large portion of market share. Combine the lower demand for oil in the future with the prolific results of fracking, and soon re-fracking, and it is not hard to see that the need to drill for oil in the oceans is decreasing. While there will certainly be some drilling in the oceans for a long time, particularly in legacy fields, new drilling will likely be more targeted toward natural gas than oil.

This all points to continued pain for deep-sea oil-drilling companies, particularly those with higher debt ratios. Among the companies I am staying away from are Transocean (NYS:RIG)  and Seadrill .

Transocean is one of the world's largest offshore drillers with a focus on the hardest jobs. Just by virtue of being a large deep-sea driller in a shrinking market I am concerned. In the next year or so, they will have to decide what to do with all of their rigs which are inactive. They can pay to maintain them or scuttle. With Carl Icahn as a shareholder, I anticipate quite a few are scuttled, which lowers their expenses, but also reduces their ability to participate in any rebound in coming years. With multiple rigs on order through 2018, I expect older equipment to be largely gotten rid of and new equipment kept for a smaller company.

What really puts Transocean in a bind is its high debt load. Their current ratio is well above 2, and their total debt-to-equity ratio is above 70. Their focus on hard jobs which produce the most expensive oil is uneconomic right now, and possibly forever, and could lead to difficulties in the future, especially with banks tightening up on financing for the industry.

Seadrill is a large deep-sea driller based in Bermuda. The company has used debt to finance itself, with the accumulated debt of about $13 billion relying upon high revenue, which has now fallen off a cliff and threatens to keep falling. In addition, this company too has to decide what to do with idled rigs and how to pay for new rigs that are scheduled for delivery from now into 2017.

Barron's recently highlighted two Citigroup analysts who described the difficult situation that Seadrill is in. I believe that the company's dividend may soon be cut. While that would buy the company time, short of an unlikely recovery of oil prices to near $100/barrel, the company is going to have some problems. Unfortunately for shareholders, the likelihood the company is taken over is low, as the debt outweighs the value of the newer rigs.