‘The floor was taken out from under them’: April’s massive job losses are hitting these Americans more than others 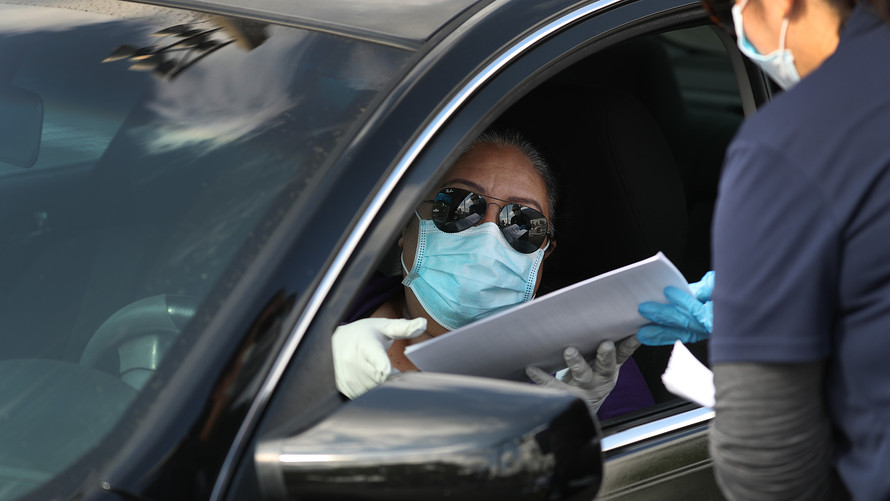 The April jobs report on Friday revealed the coronavirus outbreak’s widespread economic wreckage — but it’s even worse when you dig into the demographics.

That’s because some of the hardest-hit workers can least afford losing their job, observers say.

Friday’s numbers showed 20.5 million jobs were gone in one month, bringing the unemployment rate to 14.7%. This represents a remarkable surge from March’s 4.4% jobless rate to the highest point since World War II.

It’s also only the big-picture view of the job loss:

• The unemployment rate for men increased from 4% to 13%.

Like many others, Jose Fernandez, an economist at the University of Louisville, was bracing for massive losses. Any sort of job loss is worrying, Fernandez said, but for many black and Latino workers, “there is not much of a safety net.” 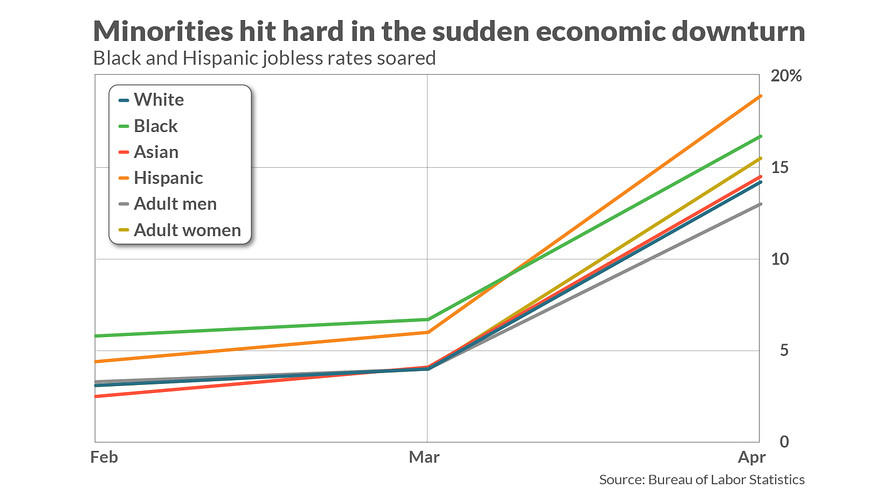 A less-than-robust social safety net might be scary at any time, but that’s especially so during a public health crisis.

COVID-19 may be killing black Americans at a disproportionately higher rate, some observers say.

Nearly one-third of all Latino workers had jobs in education, health services and hospitality, Fernandez said. They are all areas heavily hit by the coronavirus pandemic. Over one-third (38%) of black workers were employed in those fields, he said.

The leisure and hospitality industry lost 7.7 million jobs last month, the jobs report said. The education and health services sectors lost 2.5 million jobs in that time. That’s about half of the month’s massive job losses.

The jobs report also shows a stark divide on job losses, depending on education, and gender. Women accounted for 77% of the workers in education and health services, but accounted for almost 83% of the sector’s April job loses she noted. 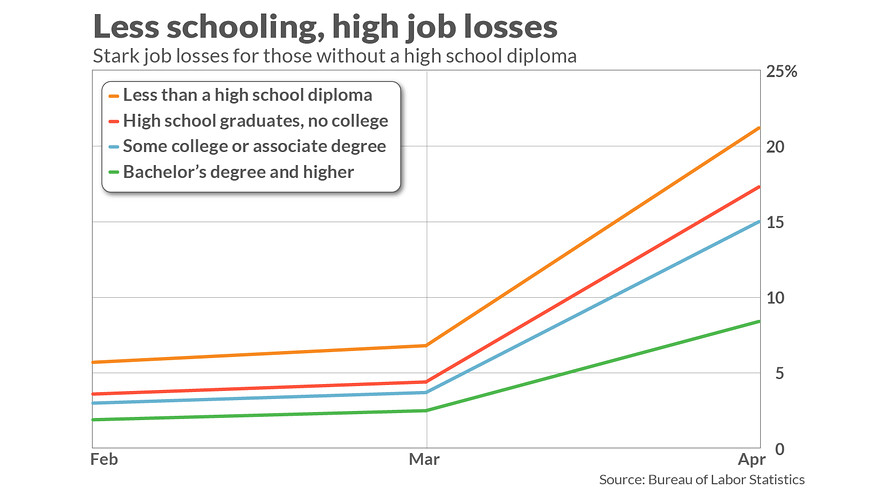 Women were laid off more frequently than men last month, said Betsey Stevenson, an economist at the University of Michigan who served as a member of the Council of Economic Advisers and chief economist in the Obama administration’s Labor Department.

“We know that people are at home and tens of millions aren’t working,” she wrote on Twitter /zigman2/quotes/203180645/composite TWTR +0.47% . “The question is who has/will permanently lose their job. The temporary layoffs may be near a peak, the permanent job losses are only just beginning.”

Elise Gould, senior economist at the Economic Policy Institute, a left-leaning think tank, noted that women have also been taking a heavy hit in the fast-contracting job market. Though women filled half of the jobs as of February, they’ve represented 55% of job losses during the last two months, Gould said. The pandemic’s financial fallout came quick, and data suggests even before the outbreak, many black and Latino families had budgets with little leeway for the unexpected.

Black and Latino households, across all levels of education, were less likely than whites to be able to pay their monthly bills both with the unplanned $400 and without it, according to the Federal Reserve’s annual financial-wellness report.

For many minority workers, “their economic security was acute already,” Gould said. “Now the floor was taken out from under them.”