The market in a minute: How many dominoes does it take to make this market fall?

Oliver Pursche is the Chief Executive Officer of New York-based Bruderman Brothers, LLC a registered broker/dealer and Bruderman Asset Management, LLC, a registered Investment Advisor overseeing over $1 billion in client assets.He is a member of the Harvard Business Review Advisory Council and a monthly participant in the New York Federal Reserve Bank Business Leaders Survey. As a frequent contributor to CNBC and Fox Business and a regular columnist for Forbes and The Wall Street Journal’s MarketWatch, he is a recognized authority on global affairs and investment policy. He is the author of “Immigrants: The economic force at our door.” 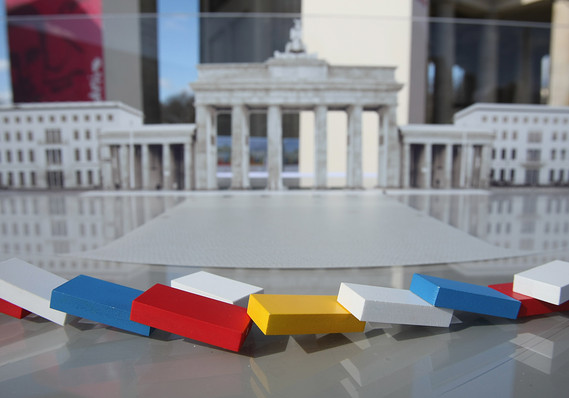 On the heels of a strong November jobs report and the lowest unemployment rate in a decade, U.S. equity markets look to continue their rally this week. Markets are once again defying conventional wisdom and proving many “talking heads” wrong, as futures point to a higher open in spite of Sunday's referendum vote by Italians to stick with their current political structure.

President-elect Trump's spat with China over the weekend doesn't appear to unhinge investors either, as consensus that the Fed will raise rate next week is almost unanimous. The real question for market participants is, “How many dominos can fall before markets react negatively?”

Economic data and corporate earnings will be the ultimate drivers of market performance, and in the short term, these appear to be sufficiently healthy to support a continuation of the rally. However, February's German elections and the possibility of a cyclical slowdown in the first quarter will likely be a bit much for market participants. So, buying February or March Puts at or slightly below current levels is a cheap way to protect your portfolio — keep in mind that in spite of making "new highs," markets really haven't move all that much and remain in a tight trading range.