The 2021 Mirai stands out in a crowd, but still lacks infrastructure. How do fuel cell cars compare to electrics? 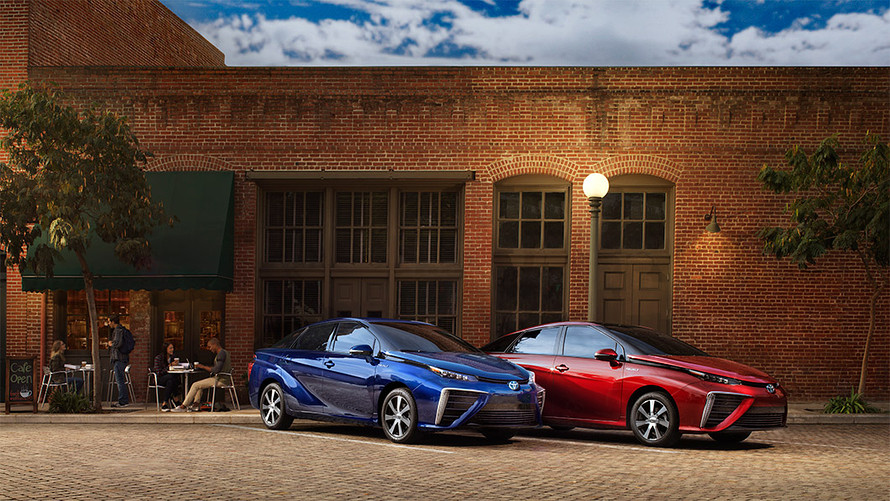 The completely redesigned 2021 Toyota Mirai is a hydrogen-powered fuel cell vehicle that sheds the awkward design of its predecessor. But is a sleek shape, more elegant cabin, and better driving range enough to make this hydrogen car more than a quirky automotive footnote?

If the future is hydrogen, then someone forgot to  fax  that news to the world of electric cars and trucks. Despite years of promise and a few attempts at production models, hydrogen fuel cell vehicles haven’t managed to capture the imagination of car shoppers.

More important, as more and more EV recharging stations pop up around the country, hydrogen filling stations remain as likely as getting a Sasquatch-guided tour of Area 51. There aren’t many of them, to put it mildly. In California, the Mirai’s largest (and until now, one of its only) markets in the U.S., Toyota reports less than 50 across the entire state.

This hasn’t stopped Toyota from doubling down with a totally redesigned version of the Mirai. Arriving as a 2021 model, the new Mirai is a striking departure from the previous version. Unless you’re a fan of awkward angles and bizarrely over-sized grilles, the change is for the better. The current Mirai stands out from a crowd, though not for any particularly positive reason. The block-shaped exterior is punctuated by huge front grilles, strangely sculpted fenders, and a cabin that’s out of place in a car costing approximately $58,000.

Also see: Four electric and hybrid SUVs that can tow some serious weight

The 2021 Mirai is now longer, lower, and leaner-looking than before. It stretches to more than 195-inches in overall length, or about the same size as a Toyota Camry and Lexus ES sedan. The swept-back roof leads into a tapered tail, a design more some have compared with the current Audi A7.

Toyota isn’t alone when it comes to hydrogen fuel cell vehicles with a challenging design language. The Honda /zigman2/quotes/207173990/composite HMC +0.88%   Clarity is a similar mishmash of intersecting lines and angles. It’s either wildly futuristic or excessively ugly – the choice is yours. Only the Hyundai /zigman2/quotes/204364212/delayed HYMTF +3.98%   Nexo fuel-cell SUV comes close to blending in with the internal combustion masses.

The 2021 Mirai receives a substantial cabin upgrade, one more aligned with a Tesla /zigman2/quotes/203558040/composite TSLA +1.33%   Model 3 versus a Prius Hybrid. A high-resolution 12.3-inch touch-screen display dominates the center of the dashboard, while a 14-speaker JBL audio system is fitted.

How a hydrogen fuel cell works

So, why bother with hydrogen in the first place? To start, it’s a prevalent resource and relatively inexpensive, at least once the infrastructure is in place. In a fuel cell vehicle, pressurized tanks located within the chassis store the hydrogen. The fuel cell creates electricity when the hydrogen blends with oxygen. Fuel cells exist in a variety of places, from ships and forklifts to backup power sources for buildings. The technology is proven, though making it affordable remains another hurdle. 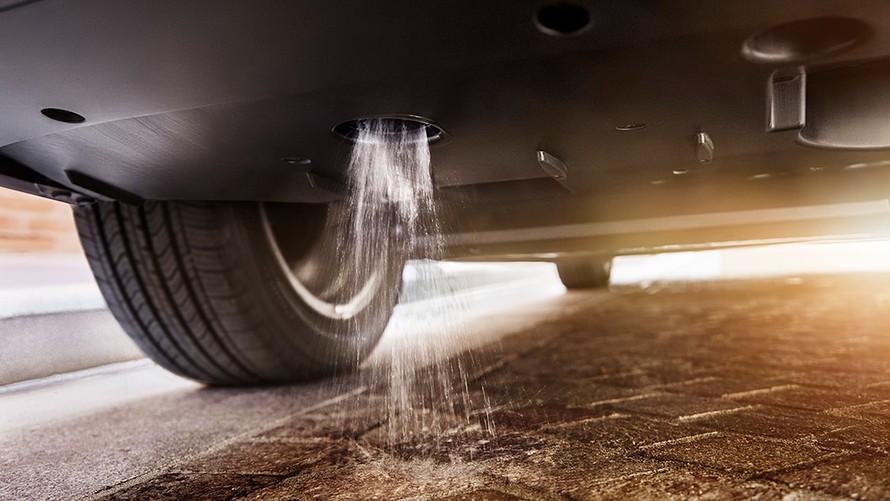 Toyota
Water released from the underside of the Mirai is the car's only emissions.

Arguing for or against fuel cell and electric cars is moot because, basically, they’re the same thing. The primary difference is their power source, whether it’s a lithium-ion battery pack or hydrogen-filled tanks. One of the biggest advantages of a fuel cell is that it can be refueled in less time than it takes to charge an electric car. Even some of the most advanced fast-charging systems require an EV owner to wait 20-30 minutes or nearly five times the amount of time you’d spend filling up with gas, diesel, or hydrogen.

We know the 2021 Mirai will be rear-wheel drive and have “30%” more range than the current model, according to Toyota’s estimates. This pegs the distance at more than 400 miles per tank, nearly double the range of the Chevrolet Bolt and Nissan /zigman2/quotes/207656007/delayed NSANY -0.10%   Leaf. About the only electric vehicle that matches this figure is a Tesla Model S in Long Range trim. Starting at nearly $75,000, this long-running Model S offers 402 miles of electric driving range.

The 2019 Mirai presently has the equivalent of 151 hp. During a recent test drive, this was adequate for ordinary city and highway driving. Toyota hasn’t mentioned power to expect in the 2021 Mirai, though you can bet the horsepower boost will be sizable. In its move toward making this fuel cell more of a premium product, the Mirai will have to provide the ride, handling, and acceleration to match a growing number of luxurious electric rivals, including the Audi e-Tron and Mercedes-Benz EQC.

Check out: An expert’s guide to road-tripping with your dog

Toyota plans to expand sales of the Mirai, though total output will remain small. Globally, Toyota says it expects to sell 30,000 units of its next fuel cell sedan each year. Of the present Mirai, only 1,700 sold last year in the U.S. The vast majority of sales were lease agreements in California, where the Mirai costs approximately $389 a month, with $2,499 due at signing. Toyota expects to expand sales to northeastern states, such as Connecticut and Massachusetts. Yet, pricing details and an exact time frame for these broader sales remain unknown at the moment.

Toyota is convinced hydrogen has a place in the future of mobility. The 2021 Mirai is a more polished vehicle than the one it replaces. However, the lack of infrastructure to support fuel cell vehicles remains a monumental challenge.