The next job to be automated: bartending?

The payment company Barclaycard has designed a robot bartender 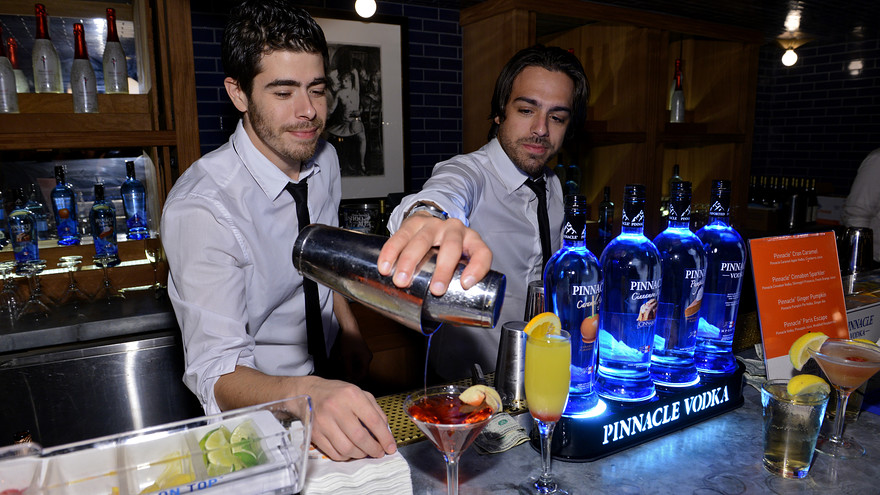 We’ve seen robots who can order you pizza, get the snow off your driveway and drive you to work in the morning. Now, robot bartenders may be coming to a bar near you.

The payment company Barclaycard debuted a prototype of a self-pouring beer pump last week. It’s not as sophisticated as the robot bartender with the English accent (played by Michael Sheen) in the new sci-fi movie “ Passengers ” with Jennifer Lawrence and Chris Pratt, but it does the job just the same.

Here’s how it works: pub-goers pay for a beer with a contactless credit card, mobile phone payment or wearable device. Contactless payments work by just being near a payment reader, rather than a customer having to swipe or insert a card into a reader. Once customers pay, they could place a glass on the pump, which would automatically disperse their beer. The whole process takes just 60 seconds, the company said in a news release. The new system is called “Pay @ Pump.” 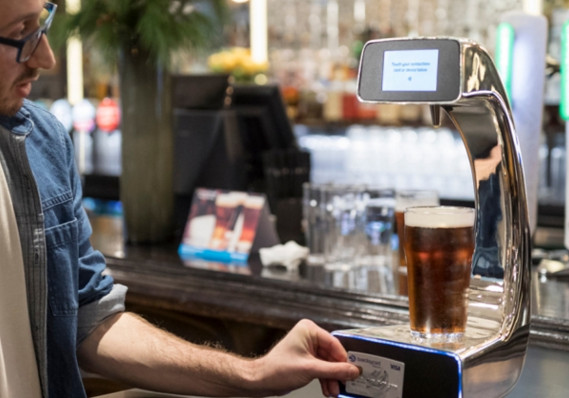 Barclaycard tried it out for just two hours on Dec. 12, at Henry’s Cafe and Bar in Piccadilly, London, in a closed trial for media. Now that the company has tried the robot bartender out, it will assess next steps, a spokeswoman for the company said. One possibility: using the new machine at food and drink stalls at the company-sponsored concert British Summer Time Hyde Park in 2017.

Don’t miss: Robots are coming for your job, and most of you don’t even know it

The idea for the machine came from company research. About 25% of British beer-drinkers said waiting in lines was the worst part of a night out, according to a Barclaycard survey of 2,000 people carried out last month and conducted by the public opinion research firm Opinium. An automatic beer dispenser could — in theory, at least — lessen customers’ wait times, the company said.

Barclaycard isn’t the only company experimenting with automatic purchases. Pizza Hut (YUM) has experimented with bringing robot waiters to some of its restaurants in Asia. And earlier this month, Amazon (AMZN) debuted plans for its Amazon Go convenience stores, that would let customers check out automatically, without having to interact with a cashier.

Many workers haven’t come to terms with the increase in automation yet. Indeed, some 80% of workers say their current job will definitely or probably exist in its current form in 50 years, according to a survey of more than 2,000 adults released earlier this year by Washington, D.C.-based think tank Pew Research Center.

Although automating shopping processes could be quicker for consumers, there’s some downside as well, experts say. For example, for some people, interacting with a server or bartender may be a social activity, so automating the process would take that interaction away from them, said Bonnie Riggs, a restaurant industry analyst at market-research firm NPD Group.

Bartenders probably don’t have to worry about their jobs from these jumped-up vending machines-on-bar quite yet though. For one thing, the “Pay @ Pump” machine only dispenses beer and can’t create a complex cocktail.

Because robots aren’t able to talk to customers in detail about their orders yet, it’s more realistic that robots will “be “more like human assistants than human replacements, at least in the coming decades,” said Ross Knepper, an assistant professor at Cornell University who has studied human and robot interaction.