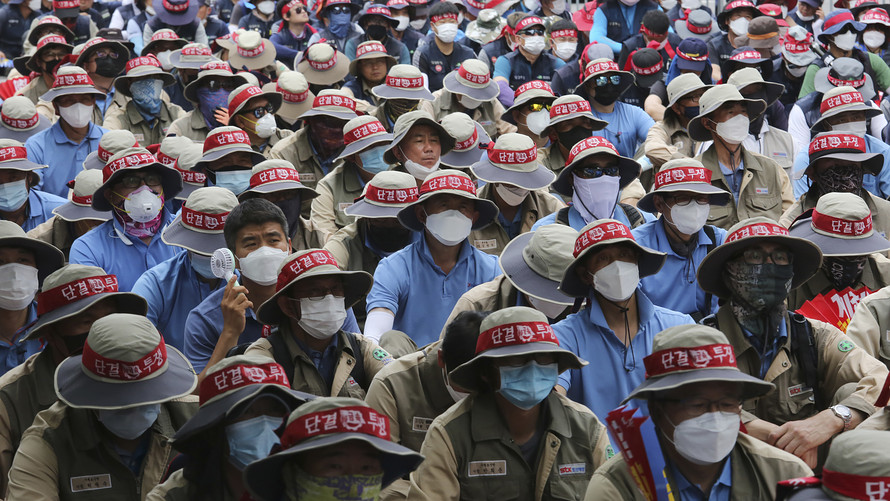 Associated Press
Workers wearing face masks to help protect against the spread of coronavirus stage a rally against the government's labor policy in Seoul, South Korea, on June 10, 2020. The head bands read “Unity and fight.”

The Organization for Economic Cooperation and Development released its twice-a-year economic outlook on Wednesday , and unusually, presented two scenarios — one where the coronavirus continues to recede, and another where a second wave of rapid contagion erupts later in 2020. OECD Chief Economist Laurence Boone said both forecasts are equally probable. 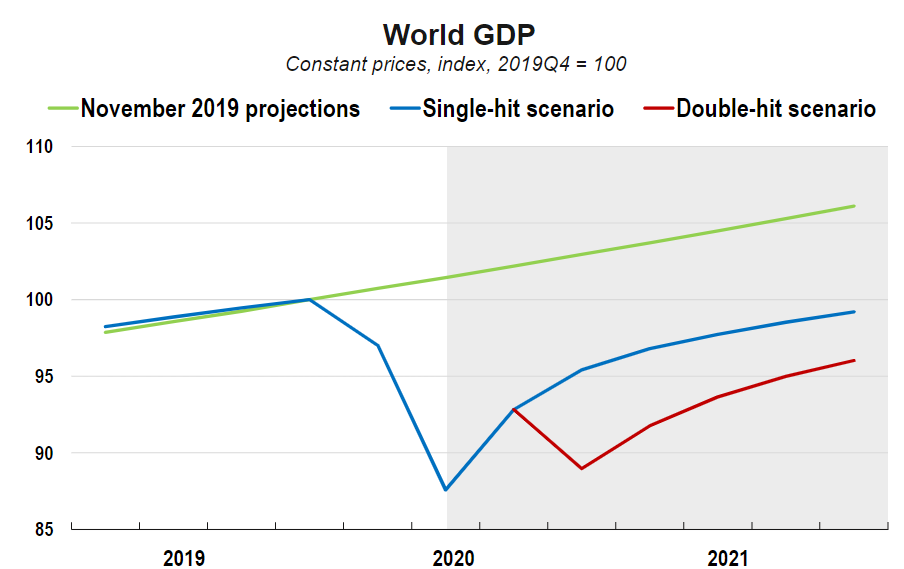 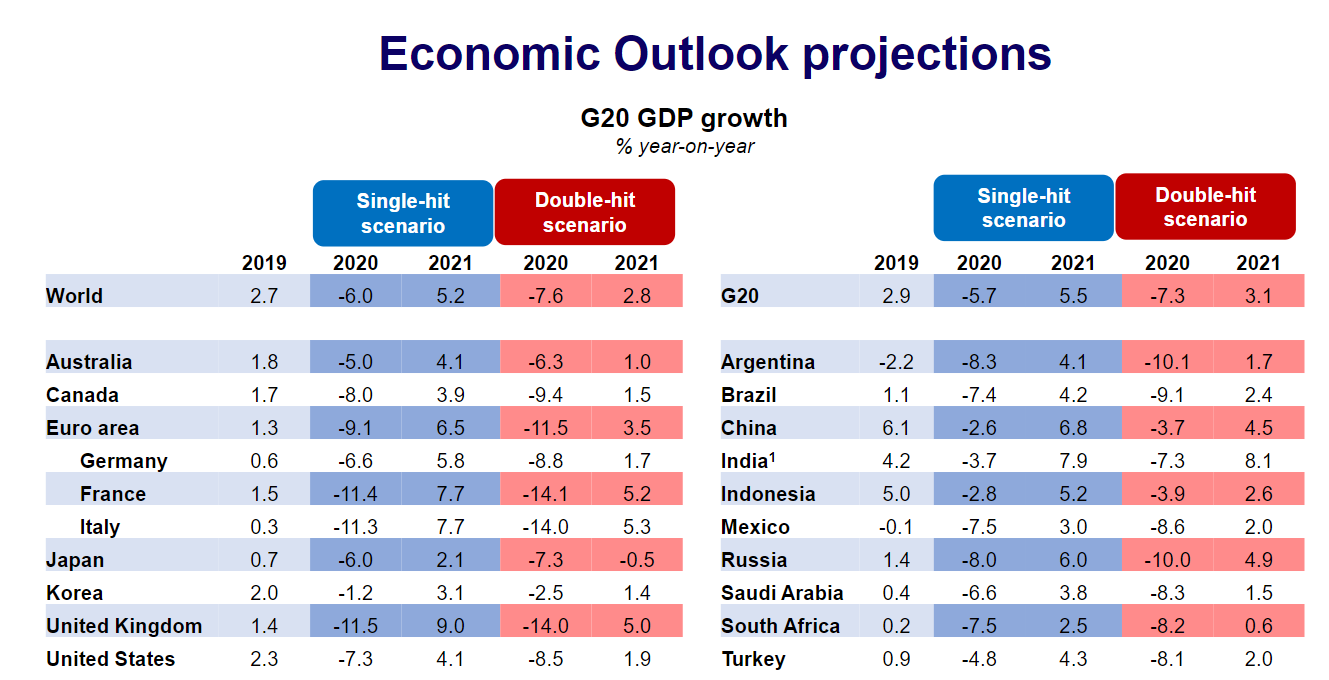 Testing, tracking, tracing and isolating may not be enough to prevent a second outbreak of the virus, Boone said, and sectors such as tourism, travel, entertainment, restaurants and accommodation won’t return to normal as long as no vaccine or treatment is widely available.

“Even if growth does surge in some sectors, overall activity will remain muted for a while. Governments can provide the safety nets that allow people and firms to adjust, but cannot uphold private sector activity, employment and wages for a prolonged period,” he said, calling for more public investment in digital and green technologies.