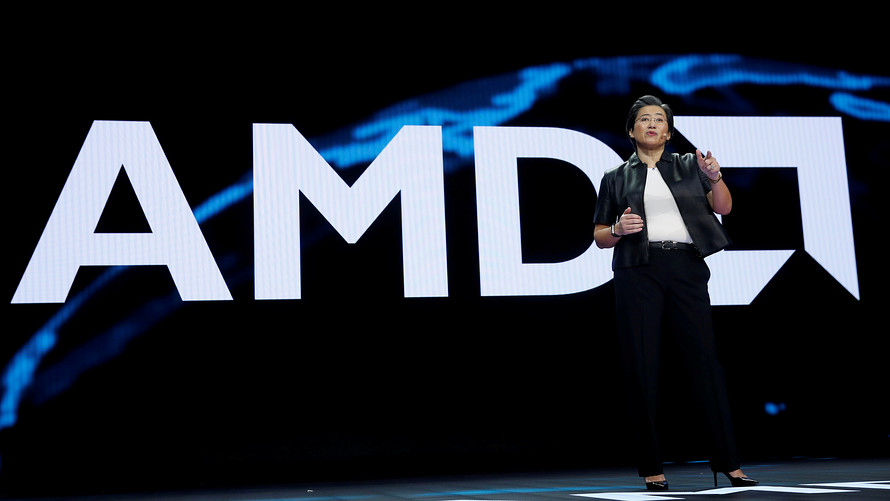 AMD’S stock has been on this roll over the past two years largely due to expectations that it would challenge dominant Intel Corp. /zigman2/quotes/203649727/composite INTC -5.29%  in the higher-margin server market. The results on Tuesday, as well as AMD’s forecast for a sequential decline in the first quarter, cause some obvious concern about that investment thesis.

AMD said its fourth-quarter results were “partially offset” by the semi-custom business, which is mostly driven by custom chip designs for videogaming consoles, a business that is expected to pick up in the second half with a new generation of consoles from Microsoft Corp. /zigman2/quotes/207732364/composite MSFT +1.23%  and Sony Corp. . But executives declined to break down exactly how much of the segment and the forecast was from the gaming chips and how much was from server chips, and what AMD executives did say about the data-center business was not very specific.

AMD would save a lot of time and painful back-and-forth if it just provided specific numbers about its semi-custom business and the enterprise/data-center business, such as the revenue and profit information, just as rivals Intel and Nvidia Corp. /zigman2/quotes/200467500/composite NVDA -0.18%  do. Analysts are obviously frustrated. Before the call even started, Wells Fargo analyst Aaron Rakers wrote in a note that “AMD needs to provide investors with greater revenue transparency — i.e., more quantifiable details on server and data-center GPU results.”