The real driver behind the dollar breakout 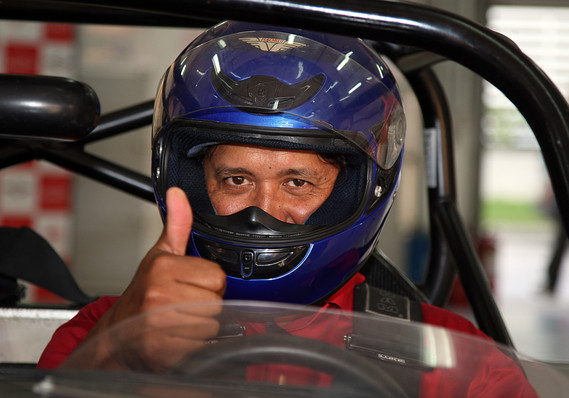 The reason for the massive selloff in U.S. bonds is clearly the Trump election victory, as too many investors got caught with a wrong-way bet that interest rates in the U.S. were likely to remain subdued, given that they are some of the highest in the developed world. The Trump policies are pro-growth and can only be compared to what Ronald Reagan did when elected president at a time of double-digit interest rates and very high inflation. In contrast, the 10-year Treasury note hit an all-time low of 1.31% in July. While most of the developed economic world is mired in a deflationary malaise, the U.S. has so far been spared from such a deflationary outcome. Still, this is a very different environment from when Ronald Reagan took over in 1981.

It is a bit premature to think that 1.31% will hold as the all-time low in U.S. interest rates, although I would admit that the Trump economic agenda may cause rates to stay at elevated levels for the intermediate term, until investors can judge how serious he is about spending cuts, tax cuts and overall federal deficit management. For the time being, the 2.5% to 3.0% level on the 10-year Treasury note yield could be considered major "resistance," as traders like to say — a level which has not been breached yet (see chart ).

If commentators tell you that the U.S. long-term interest rates are "breaking out," I would point out that we suffered one spectacular false breakout in the 10-year Treasury yield above 5% in 2007. Nine years later, we hit an all-time low. The deflationary dynamics of debt-driven economic cycles in most of the developed economies and most notably China — where faster debt growth equals slowing GDP growth — are still with us today, despite Trump's election.

One unintended consequence of Trump's victory has been the decided breakout of the U.S. Dollar Index /zigman2/quotes/210598269/delayed DXY +0.08%  above the key resistance level of 100, which has defined its consolidation range since March 2015. One could have thought that deficit spending under a Trump administration might have pulled the dollar lower, but when one factors in potential protectionist trade policies and the overall global deflationary environment, one could see that the recent dollar move has the potential for a much bigger upside. The very sharp rise in real market-driven interest rates is the clear driver of the dollar at present.

My 120 target for the U.S. Dollar Index, mentioned previously in this column, is still in effect (see chart ), particularly given the deflationary consequences of Brexit that should keep pressure on both the euro (57.6% of DXY) and British pound (11.9% of DXY).

Italy, the euro and the dollar

Looking forward, Europe also has to deal with an Italian referendum scheduled for Dec. 4, 2016, in which voters will be asked to approve amending the Italian Constitution to reform the appointment and powers of the Parliament of Italy, as well as the partition of powers of State, Regions, and administrative entities.

So far it looks like the Italian Prime Minister may lose the referendum vote, based on trends in recent polls, which would give more power to the populist Five Star Movement and be an election result similar to Trump/Brexit. All of this is rather bearish for the euro as it weakens Europe to the core. A weak euro is, by definition, bullish for the U.S. dollar.

The euro closed last week at $1.0584 and has been down 10 straight trading days (starting on the Monday before the U.S. election). It will almost certainly take out support at $1.05 (see chart ). An anti-establishment victory in the Italian referendum should serve as a further catalyst for a euro decline, which I believe is destined to reach parity to the dollar in 2017. Deflationary dynamics in Europe suggest that parity would not hold and the ultimate test of the 83-cent low against the dollar (right after introduction) is in the cards.

Where gold fits in

What about gold, that old "barbarous relic," as Keynes defined it? Before the election, the gold market held up very well in a bear market for commodities that was generational in nature. That said, I have great difficulty seeing the gold market holding up if the U.S. Dollar Index is indeed en route to 120. Presently, gold bullion has weakened and took out support at $1,200 (see chart ).

The expected inflationary impact from the new Trump policies is unlikely to arrive soon, but higher interest rates and a stronger dollar are already here. Both are negative for gold bullion. Barring a new crisis, it is easy to see gold in 2017 delivering a complete unwind of the rally we saw in the first half of 2016.

How about that ‘Short of the Century’?

In April of 2015, Jeffrey Gundlach of DoubleLine Capital called German bunds the "short of the century," while Bill Gross of PIMCO fame termed them "the short of a lifetime" (see May 2, 2015 Barron's, " German Bunds: The Short of the Century "). With over a trillion in losses reported globally with the latest backup in global interest rates after the Trump victory, could they have been right?

My short answer (pun intended) is "no." Even though both 10-year German bund yields and Japanese JGB yields have turned positive, closing last week at 0.27% and 0.04% respectively, they are way below the levels reached in mid 2015 right after those bond bearish forecasts had been made (see chart ).

It is too early to say if the Trump election victory was the ultimate inflection point for global interest rates. I suspect it wasn't. I do not believe that the President of the United States, who arguably holds the most powerful job in the world, has enough power to turn back the tide of global deflation. There are highly deflationary outcomes yet to materialize, like a hard (no trade deal) Brexit and a hard (overnight) Chinese devaluation. Assuming that a Trump victory can overcome those is rather naive, in my view.

This is why I have maintained my 1% target on the 10-year Treasury, with the caveat that it may not happen in 2017, as I once thought. The timing will depend in part on the Trump policy agenda.