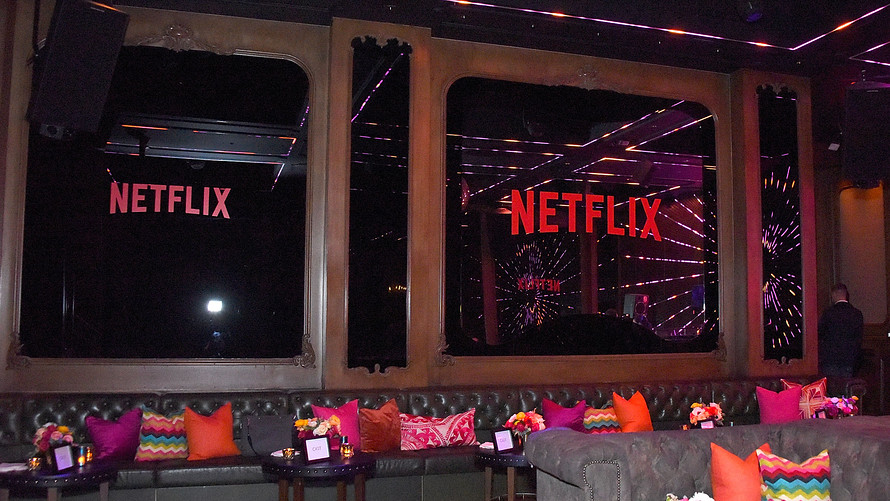 Getty Images
Netflix shareholders have had quite a party so far in 2018.

One might have thought the stage was set for another excellent year for U.S. stocks after President Trump signed the legislation that reduced the federal corporate income-tax rate to 21% from 35% in December. But you might not have expected the market to move so dramatically.

Netflix is far and away the early leader in the S&P 500’s (S&P:SPX) broad rally this year. The index has returned 6.3% during the first 17 trading sessions of 2018, through Jan. 25, with dividends reinvested, adding to its remarkable return of 21.8% in 2017. (The S&P 500 actually comprises 505 stocks, because several companies have more than one class of common shares included in the index.)

The index has closed at a record 13 times this month, the most records for any calendar month since February 1998.

• 117 have had double-digit total returns.

• One is flat. That would be Celgene Corp. , which reported better-than-expected fourth-quarter results on Jan. 25 after announcing on Jan. 22 an agreement to acquire Juno Therapeutics Inc. for $9 billion.

For 2018, many professional investors expect a healthy environment for the energy sector, because of strong demand for oil brought about by accelerating growth in all major world economies. West Texas Intermediate crude oil (NYM:CL.1)  has risen 8% this year, to $65.51 a barrel as of the close on Jan. 24.

Jim Brilliant, who manages the CM Advisors Fixed Income Fund (NAS:CMFIX)  said in an interview that simultaneous economic growth around the world will signal a “rotation” for stocks away from higher-growth industries into value plays in the industrial, energy and materials sectors.

It may not be a surprise to see the real estate and utilities sectors showing the worst performance so far this year, as investors these income-generating sectors generally decline when interest rates rise. The yield on 10-year U.S. Treasury notes (XTUP:BX:TMUBMUSD10Y)  rose to 2.63% on Jan. 25 from 2.40% at the end of 2017.

You can click the tickers for more information, including news coverage, price ratios, financials and filings.

Netflix Inc. (NAS:NFLX)  is the runaway winner, returning 40%, with investors cheering the company’s fourth-quarter sales and earnings results. The stock closed at $269.70 on Jan. 25 and traded for 117.3 times the consensus 2018 earnings estimate of $2.30 a share. That’s a remarkably high forward price-to-earnings ratio. Then again, Netflix is always expensive, and if the company can continue growing its sales at a 30%+ pace, you can expect the stock to maintain a high valuation to earnings.

Two-thirds of sell-side analysts rate the stock a buy, according to FactSet. But the consensus price target is $258.86, showing the analysts as a group don’t expect the stock to rise from here over the next 12 months.

Much more on Netflix and earnings season:

• Netflix sees sharks approaching from both sides in Apple and Disney