The detention of migrants crossing the border will be a boon for business at private prison operators like GEO Group and CoreCivic, analysts say 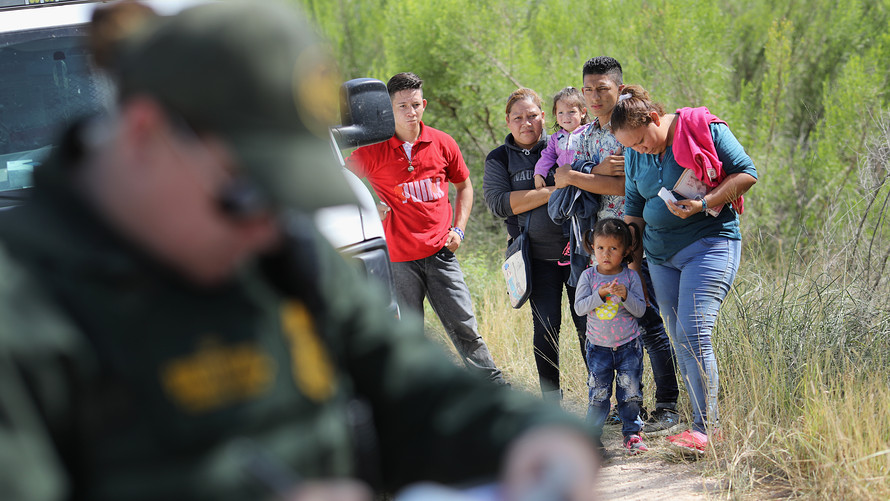 Under Trump’s policy, launched in April, anyone who crosses the border without authorization is subject to criminal prosecution, even if they are seeking asylum. And even after the president signed an executive order on Wednesday stating families seeking asylum should be detained together when “appropriate and consistent with law and available resources,” there are still significant legal and logistical hurdles that need to be addressed.

These circumstances are an opportunity for some contractors, analysts say.

“We believe that rising detainee populations at U.S. Marshals Service (USMS) and Immigration & Customs Enforcement (ICE) is increasing the chances of new business wins that are not the product of long and often delayed public procurement processes,” analysts at SunTrust Robinson Humphrey wrote in a report published Friday.

Contracts with the U.S. Marshals Service and Immigration and Customs Enforcement, or ICE, are usually cumbersome and lengthy public processes that are prone to delays. However, with the potential rise in the number of detainees, there is an opportunity for direct, more efficient negotiations with customers such as the federal government, analysts Tobey Sommer and Kwan Kim wrote.

CoreCivic announced on June 14 that it had entered a new management contract with the Tallahatchie County Correctional Authority, the U.S. Marshals Service and the town of Tutwiler, Mississippi.

Read now: Why immigration is ‘pure gravy’ for federal finances

“The U.S. Marshals Service has experienced an increasing need for detention capacity as its average daily prisoner population has increased throughout the past year,” said Damon Hininger, CoreCivic’s president and chief executive officer, at the time.

Over 50,000 people were apprehended at the southwest border in May, up 160% since last year at the same time. 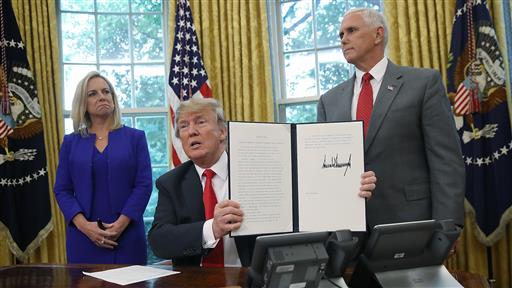 The increase in border apprehensions, along with the immigration debate in Washington, may result in new funding for ICE to lease more beds. “Private prison operators are uniquely leveraged to illegal immigrant activity” since ICE relies exclusively on out-sourced beds and the Federal Bureau of Prisons relies on private operators to handle unlawful immigrant populations, analysts at SunTrust wrote.

“CoreCivic has partnered with the federal government to operate detention facilities for more than 30 years,” the company said in an emailed statement, adding: “We recognize that immigration is one of the most complex and personal issues that our country deals with. We care deeply about every person in the company’s care. As we have been with previous administrations, we will continue to be responsive to ICE’s needs and direction.”

Still, there are risks.

The companies that stand to profit from the rising wave of detainees face significant reputational risk. Social media-based consumer activism groups Grab Your Wallet and Sleeping Giants have published GEO Group CEO George Zoley and CoreCivic CEO David Hininger’s email addresses. They have urged their hundreds of thousands of Twitter and Facebook followers to reach out to them and voice their displeasure.

Private contractor MVM, Inc., which was awarded a contract in 2017 to provide emergency support services to the Office of Refugee Resettlement, or ORR, also drew the ire of online consumer activists after The Daily Beast reported last week that the company had in recent weeks advertised for jobs related to supporting infrastructure for unaccompanied children.

MVM has since removed the job postings. “At the direction of the company’s leadership, we have removed job postings related to readiness operations under the current zero tolerance policy,” MVM director of homeland security & public safety Joe Arabit said in an emailed statement. “To date we have not performed any emergency support services for ORR nor do we anticipate providing any services in the near future,” he said.

Grab Your Wallet and Sleeping Giants have also directed their followers to aerospace and defense company General Dynamics Corp. /zigman2/quotes/208560027/composite GD +0.34%   The company's information technology unit has supplied case management services to the ORR since 2000. General Dynamics would not comment on whether it has experienced an increase in the number of cases since the zero tolerance policy was launched in April, though it is advertising a flurry of new jobs in the ORR.

“General Dynamics Information Technology has no role in the family separation policy, nor a role in the construction or operation of detention facilities,” the company said in a statement.

Sarah Toy reports on the media for MarketWatch. She is based in New York.