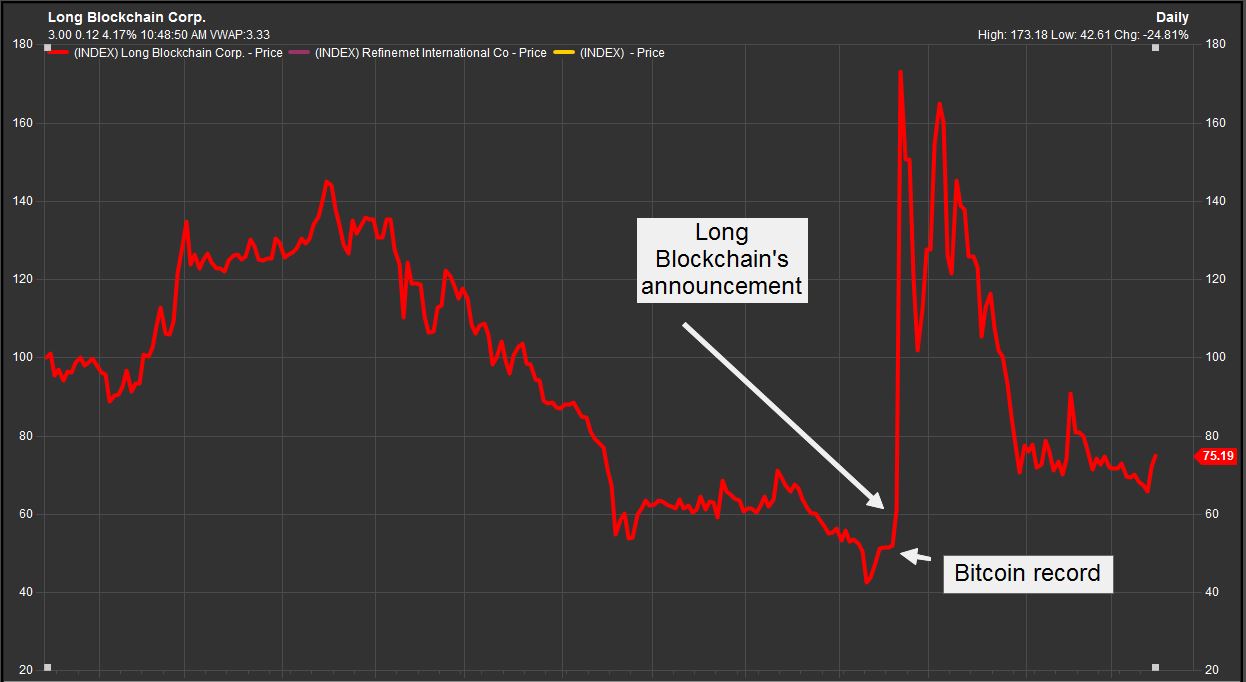 Riot, another new entrant in the sector—it was previously BiOptix Inc., a biotechnology company—saw similar price action. It rallied after announcing its move into the blockchain arena, but the stock saw a peak that coincided nearly perfectly with bitcoin’s, as seen in the following chart. 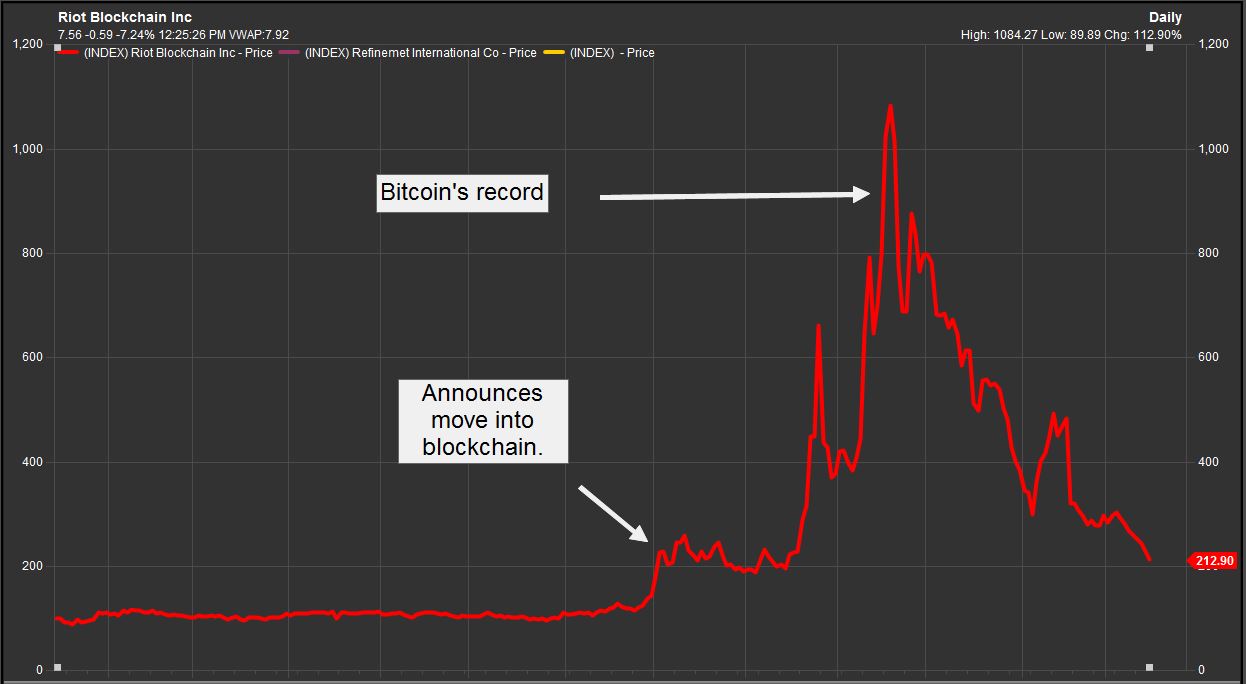 Read: One prominent crypto critic just logged ‘one of the worst days’ on a Riot Blockchain bet

The company, which didn’t return a request for a comment, has also faced issues beyond the price of bitcoin. It has been rattled by news reports about insider sales and questions about the company’s operations. The stock has plummeted nearly 75% so far this year, although it remains up more than 110% over the past 12 months, a sign of just how big its initial rally was.

Hive Blockchain was quieter, releasing few news releases or corporate updates. However, it has shown a strong correlation with bitcoin; the stock hit a peak shortly before the digital currency did, and as bitcoin has tumbled, Hive has followed. It is down more than 64% in 2018, although had an investor bought shares 12 months ago, she would be sitting on gains of 753%. 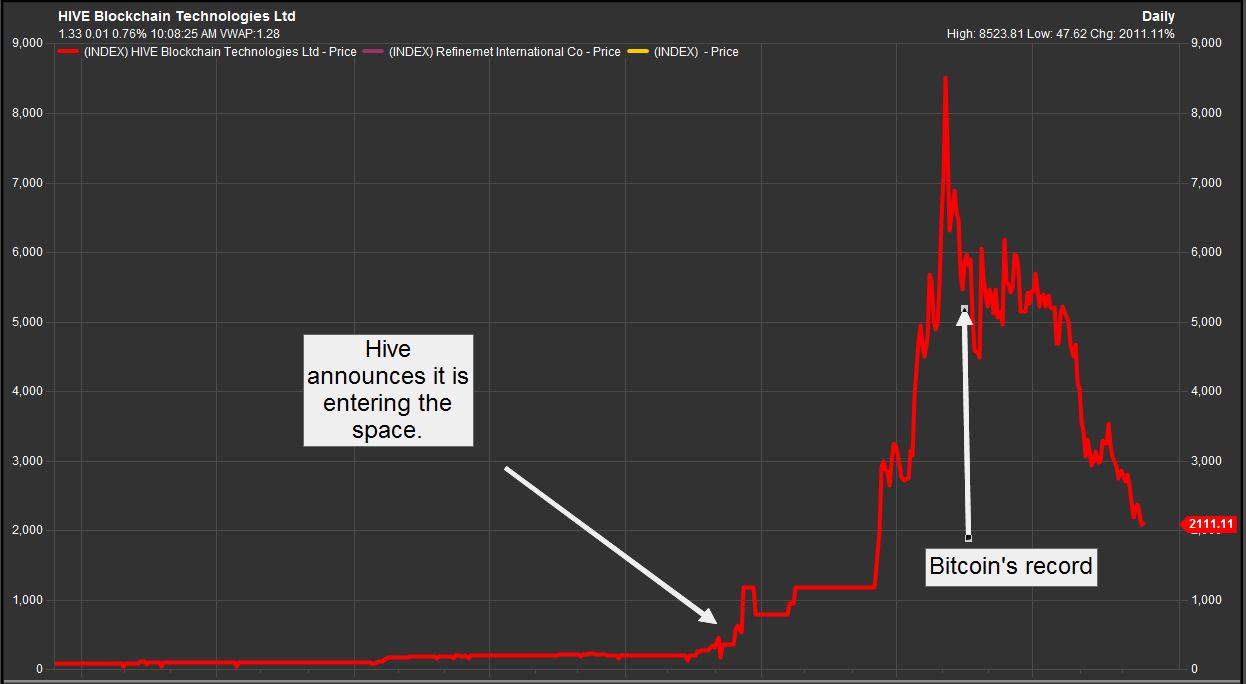 A fourth example of a new entrant into the crypto arena is Eastman Kodak Co. /zigman2/quotes/205109646/composite KODK -5.85% , the famous photography company. In January, after the bitcoin record, it announced a “major blockchain initiative” designed to help photographers license their work and get paid for usage. The stock, as has been the trend, spiked on the announcement. 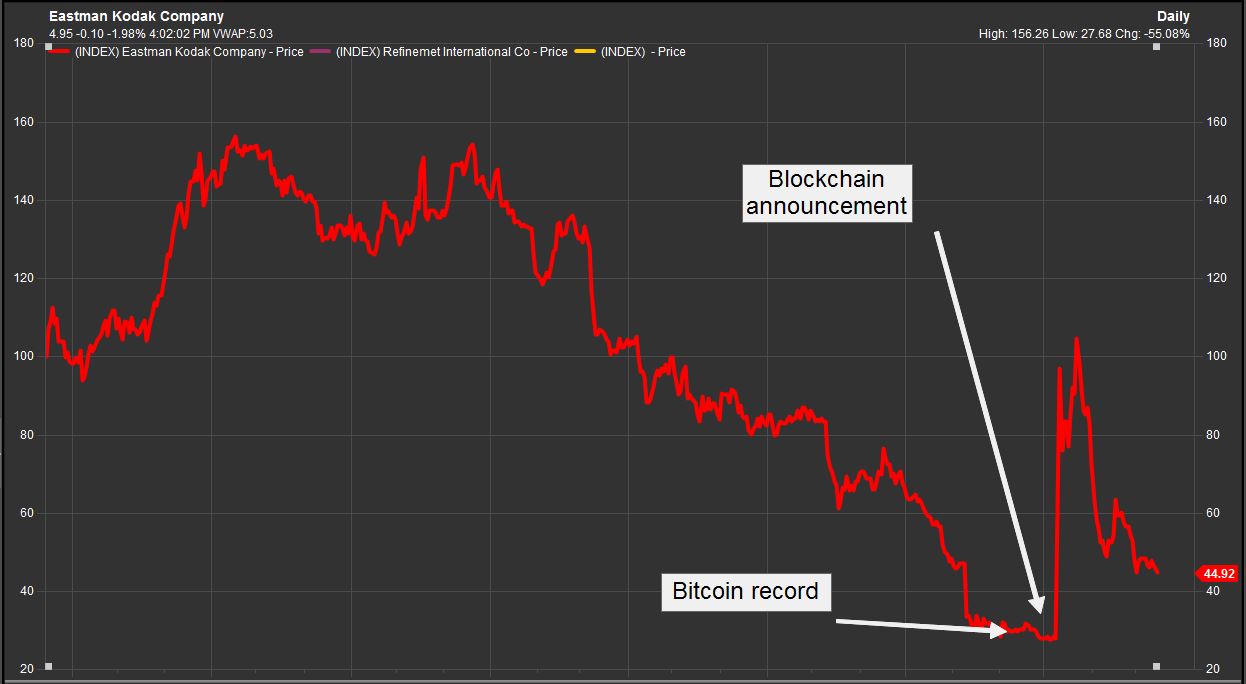 Kodak could be seen as something of an exception to the rule, as it was an established company—one far from its heyday, to be sure, but a former Dow component—announcing a program that had both a clear use case and more detail than other new blockchain companies. The stock remains up 60% for 2018, a spike due almost entirely to the announced program. However, it has significantly come off its highs of that spike, having retreated 63% from its 52-week high.

Many analysts remain optimistic about blockchain, even if the technology is still so new that the biggest players have yet to emerge. There are a number of traditional companies working with the technology, although the percentage of the revenue they currently derive from it is minimal. The firm with the most cryptocurrency-related patents is one of the most storied names on Wall Street: Bank of America /zigman2/quotes/200894270/composite BAC -1.38% .