These ‘We Build the Wall’ donors say they aren’t victims of fraud: ‘I hope I get to donate again’ 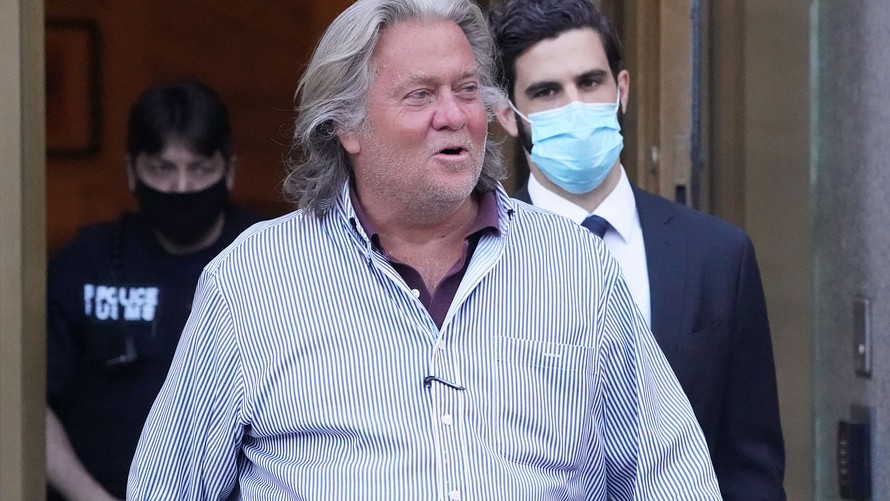 Donald Trump's former Chief Strategist Stephen Bannon exits Manhattan Federal Court after his arraignment on fraud charges over allegations that he used money from his group ‘We Build the Wall’ on personal expenses. (Photo: Bryan R. Smith/AFP via Getty)

Federal prosecutors have accused Steve Bannon, former adviser to President Donald Trump, and three others of misleading donors to the “We Build the Wall” campaign, but some who gave money to the cause say they’re not victims and would gladly donate again.

Bannon pleaded not guilty in Manhattan Federal Court on Thursday, the Associated Press reported . Attorneys for Kolfage were not listed in court filings.

Prosecutors allege Bannon, Kolfage and the others siphoned off more than $1 million in donations to the online crowdfunding campaign, which has raised more than $25 million to build a wall along the southern border, for their own use.

Campaign organizers repeatedly told the public that Kolfage “would not take a penny in salary or compensation” and that “100% of the funds raised” would be used to build a wall, according to an indictment filed Thursday.

But prosecutors say Bannon took control of more than $1 million and gave Kolfage “secret” payments of up to $20,000 a month. Kolfage allegedly used the money to pay his personal income-tax bill and credit-card debt, and to buy a boat and a luxury SUV, among other expenses, according to the indictment.

It wasn’t immediately clear whether donors to the campaign could receive refunds, but some donors say they don’t want their money back. Prosecutors and We Build the Wall campaign did not respond to a request for comment. 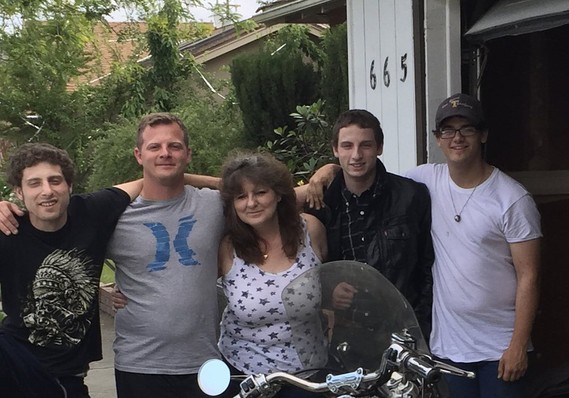 Courtesy of Leann Wilson
Leann Wilson, center, with her children. Wilson donated to the We Build the Wall campaign and says she does not consider herself a victim of fraud. Federal prosecutors have accused the campaign's leaders of taking more than $1 million in donations for their own use.

“If I had donated $10,000, I wouldn’t want it back,” said 55-year-old Leann Wilson of Turlock, Calif. Wilson said she’s donated small amounts, about $25, a few times since Kolfage launched We Build the Wall as a GoFundMe campaign in 2018.

Wilson said she believes strongly in the need for a border wall to stop drugs coming into the U.S. Some members of her family have struggled with substance use problems, and as the mother of a son who served two tours in Afghanistan with the U.S. Army, she said she was personally struck by Kolfage’s background. Kolfage is a triple amputee who was wounded while serving in Iraq.

Wilson said she sees Bannon’s arrest as a “political hit job” and doesn’t mind that her money allegedly benefited Kolfage. “I really just don’t care,” Wilson told MarketWatch. “I totally back them 100%. I could care less if Brian got some money, more power to the guy. [He] suffered protecting our country being sent over to fight a war that I totally don’t agree with.”

Another donor, Mark R. Roberts of Pennsylvania, said he donated multiple times and would not be asking for a refund. “I hope I get to donate again,” Roberts, 58, told MarketWatch. He said he gave about $100 total to the effort, including buying a T-shirt and hoodie with We Build the Wall logos. 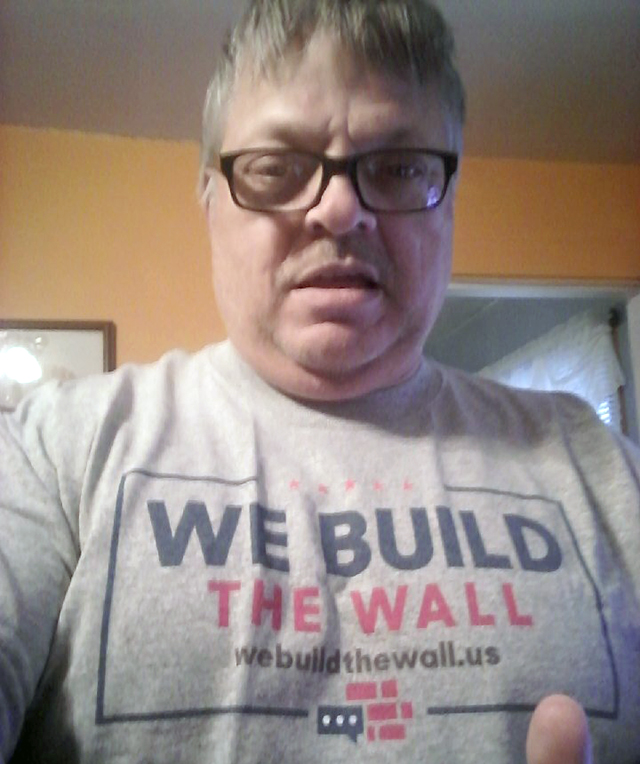 Mark R. Roberts says he hopes to donate to We Build the Wall again, despite the arrest of the online fundraising campaign’s leaders.

Roberts said he was inspired to give money to the campaign because he liked that We Build the Wall was attempting to construct a wall that would be less expensive than a government-financed version.

We Build the Wall’s GoFundMe campaign was one of the most successful fundraising efforts on GoFundMe in 2018. GoFundMe did not respond immediately to a request for comment.

It’s rare for donors in charity fraud cases, at least those pressed by state prosecutors, to get their money back.

“Restitution funds, which allow for money to be returned to donors, are more commonly used in consumer fraud cases than charitable fraud cases,” said Jason Lilien, a former charities bureau chief in the New York Attorney General’s office who now advises nonprofit organizations as a partner at the law firm Loeb & Loeb.

In cases of charity fraud, prosecutors will generally try to honor donors’ intentions and redirect the donated money to another charity working in the same issue area. That’s what happened in 2015 after the Federal Trade Commission and attorneys general in all 50 states busted a group of cancer charities that misused $75 million in donations. The sham charities were liquidated and their assets were distributed to legitimate cancer organizations.

Kolfage launched his fundraising campaign, initially called We The People Build The Wall, in December 2018 with a goal of raising $1 billion. The original intention was to donate the money to the federal government. The campaign was extremely successful, raising $17 million in a matter of weeks and more than $20 million by the end of 2018. However, GoFundMe suspended the campaign and warned Kolfage that it would return the donations unless Kolfage identified a legitimate nonprofit to receive the money, according to the indictment.

Around December 2018, Bannon became involved with the group, prosecutors say. Shortly afterward, Kolfage announced he had formed a new 501(c)(4) organization in Florida called We Build The Wall, Inc. that would build a border wall with private money. Donors to the original campaign were given the opportunity to either get a refund or “opt in” to transferring their donations to the new organization.

To convince donors to opt in, Kolfage and Bannon allegedly publicized the message that “100% of funds raised” would go toward constructing the wall and Kolfage wouldn’t receive a “penny” in compensation, according to the indictment. Bannon allegedly discussed in text messages “how that message would help drive fundraising and opt-ins by prior donors.” Most of the donors agreed to opt in, prosecutors say.

According to the indictment, some donors wrote directly to Kolfage, saying “that they did not have a lot of money and were skeptical about online fundraising campaigns but they were giving what they could because they trusted Kolfage would keep his word about how their donations would be spent.” Kolfage allegedly responded to prospective donors who raised concerns, assuring them in private messages that he was not being compensated, according to the indictment.