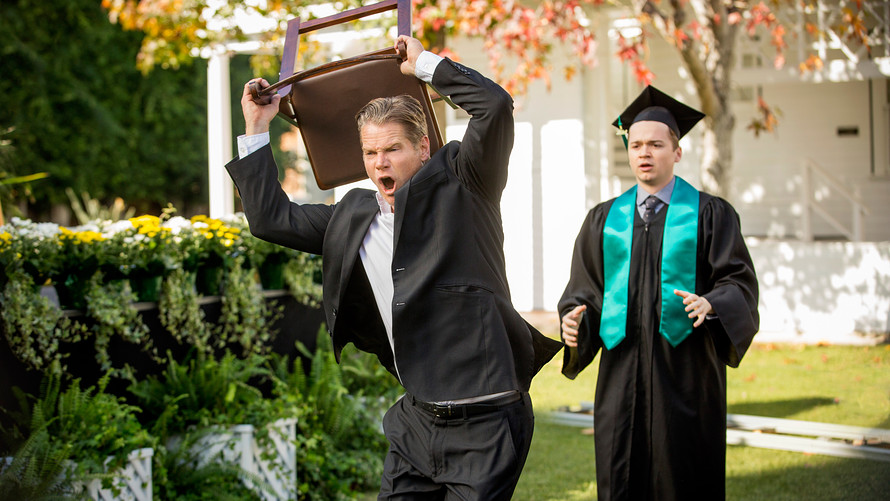 TBS/Courtesy Everett Collection
If parents started saving now, they would need to put away $980 per month for 18 years in a 529 plan.

New parents, take note: You will have to save six figures to send your child to a private college, if tuition keeps increasing.

It will cost today’s newborns a whopping $302,700 to attend a four-year private college in 2036 , according to a new calculation from the wealth-management company Wealthfront. That’s up from $166,800 today.

The company calculated that figure based on data from the National Center for Education Statistics, a section of the federal Department of Education, based in Washington, D.C. (Students who qualify for financial aid and scholarships obviously won’t be required to pay the full amount.)

If parents started saving now, they would need to put away $980 per month for 18 years in a 529 plan, the report found. That assumes returns of 4% over 18 years , the company said. 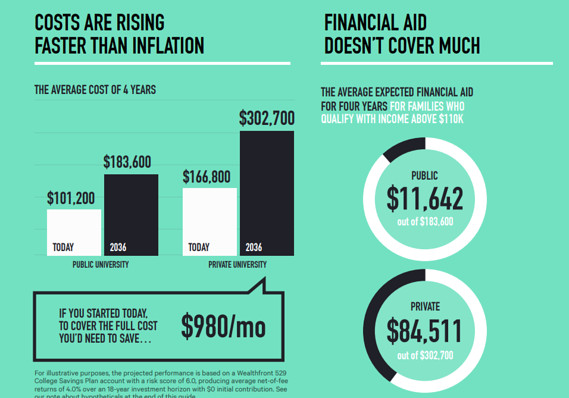 Four-year public universities will cost less, but still will be pricey. They will cost $183,600 in 2036, the report said, up from $101,200 today. (Wealthfront manages 529 accounts and, therefore, has a vested interest in parents signing up for 529 accounts.)

But previous research has also shown that tuition is skyrocketing. Between 2008 and 2017, the average cost of attending a four-year public college went up in every state, even adjusting for inflation, according to a report from the Center on Budget and Policy Priorities, a progressive think tank.

In Arizona, which saw the largest increase, the price for a year of college rose $5,217 during that period — a jump of about 90%.

Taking into account tuition, room, board and fees across 2,312 public and private colleges and universities in the U.S., the average price of an undergraduate degree increased $63,973 , or roughly 161%, since 1987.

Americans have $1.5 trillion in student-loan debt outstanding, according to the Federal Reserve. College graduates now leave school with an average of $37,000 of debt.

And parents should still prioritize other goals, especially their retirement, the Wealthfront report said. “While your kids might be able to land a scholarship or take out a loan for their education, retirement is something you have to save for without outside help.”