There are benefits to having grandparents as the account holders, but a few rules as well 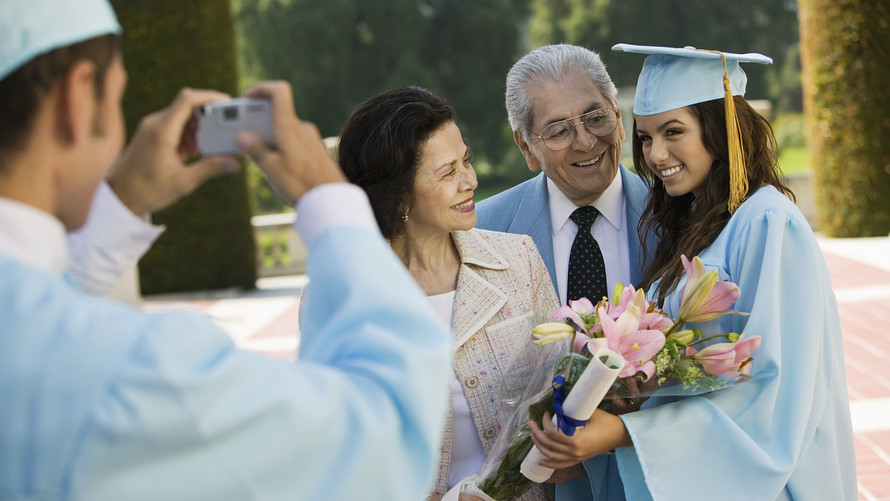 Getty Images/iStockphoto
Grandparents may be the best people to open a 529 plan for future graduates.

Financial advisers typically advise parents to create a college savings account when a child is young — but it’s the grandparents who should set one up.

When Grandma and Grandpa set up a 529 plan, which is a state-sponsored college tuition account, the assets don’t count against the child when they’re filling out their financial aid applications. These accounts are also tax deductible in many states, which benefits the grandparents at tax time, and are a viable option for someone looking to give an inheritance with a specific purpose.

See: These are 3 big mistakes you can make with a 529 plan

A 529 plan is one avenue to paying for all, or most, of college expenses. They’re available in two forms: as a prepaid college tuition plan and a college savings plan. As the name suggests, the first allows account holders to prepay for college at today’s rates for certain public and private institutions. The latter is much more flexible, and simply allows someone to save for future eligible education expenses, including tuition, room and board and in some cases, textbooks. Families can also use these accounts to pay for up to $10,000 of kindergarten through 12th grade tuition.

These tax-advantaged plans have become a popular avenue for college savings. More than $352 billion in assets were invested in 529 education-savings accounts in the middle of 2019, according to the College Savings Plans Network, up 7% from a year earlier. There were 14 million accounts in June, an increase from 13.8 million in 2018.

Read: 10 life-defining lessons I learned from my grandparents

Parents typically set up a plan for their children, though grandparents and other family members can as well. Anyone can deposit money into a 529 plan, through a gift card or directly on the account holder’s donating website. Under the Secure Act, an expansive retirement law passed in December, account holders can use up to $10,000 in total from a 529 plan to pay down the beneficiary’s student debt.

Grandparents may be a great choice for creating a 529 plan, but they and the beneficiary’s parents should be diligent to ensure their wishes are met for the child’s future education expenses, said Andrea Feirstein, managing director of AKF Consulting Group, which focuses on the college savings industry. For example, the assets won’t count as an asset on the financial aid application, but a distribution from the 529 plan is considered student income, so if a grandparent is the account holder they should encourage their grandchildren to make a withdrawal in their junior and senior years to avoid the two-year look-back, she said.

Here are a few considerations grandparents should make when creating a 529 plan:

Giving five years’ worth of money at once

The 529 plan allows giving up to five years of contributions in one year, or five times the annual gift exclusion. In 2020, that’s $75,000 for an individual (or $150,000 for a married couple) in one lump sum. Grandparents may see that as an attractive option for a tax-free wealth transfer — if they’re looking at this account as a type of inheritance — but they should be careful. If they were to pass before the five years is over, a portion of the money they gave would still be taxable in their estate, Feirstein said.

If the account holder dies without a successor, the beneficiary becomes the account holder. If the child is under majority age, a custodian will be included, which could be a parent, or could be someone else the grandparent may not have wanted. “When setting up the account, it’s important for a successor to be named, for anyone,” said Paul Curley, director of college savings research at ISS Market Intelligence.

Account holders can change the name of beneficiaries — it’s one reason why this type of account is beneficial for children without clear plans for college. If they end up choosing not to attend college, the account holder can name a new beneficiary, so long as it is a relative of the original beneficiary. “It’s very easy to do,” Curley said.

If you want the money used a specific way, say so

Once a new account holder is named, they can use the money however they see fit. If a parent has taken control of the 529 plan, they can save the money for their child’s future college tuition, or use it for kindergarten through 12th grade expenses of the beneficiary — in this case, their child and the original account holder’s grandchild.

Considering how expensive college has become, some family members may want any savings to be earmarked for future costs, in an attempt to deter the child from incurring too much in student debt. If that’s the case, grandparents need to say so in some legal capacity. This can be done through a trust, for example, where the language explicitly states the money is to be used for college expenses. They must also be eligible expenses, or the money will be taxed.