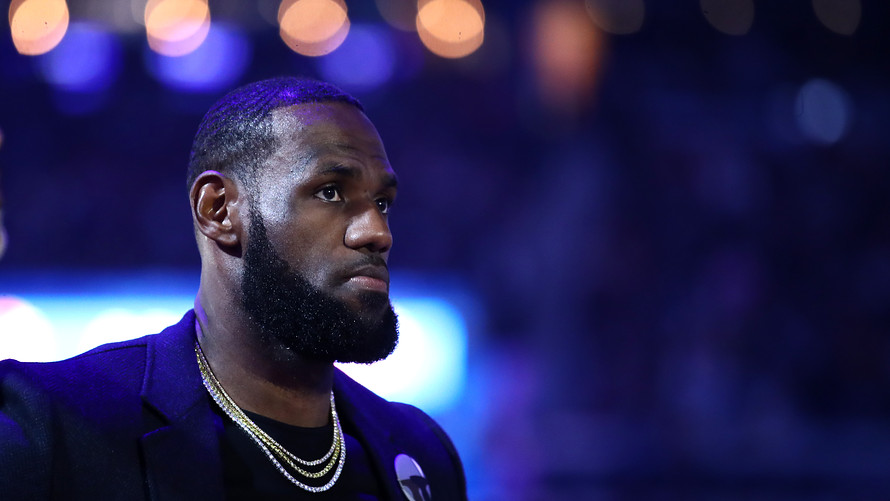 Getty Images
LeBron James has joined a chorus of voices protesting the death of George Floyd in police custody.

That was LeBron James, one of many people outraged by the death of a black man in Minneapolis police custody on Monday, after a video went viral showing a white officer kneeling on the man’s neck for several minutes as three other officers stood by.

The four officers involved in the death of George Floyd were fired on Tuesday, including Derek Chauvin, who was filmed with his knee on Floyd’s neck. Chauvin was arrested on Friday. While thousands of protesters clashed with police on Tuesday evening, many others horrified by the video of Floyd pleading “I can’t breathe” voiced their frustration on social media, with Floyd and Chauvin’s names, “I can’t breathe” and “Black Lives Matter” trending on Twitter /zigman2/quotes/203180645/composite TWTR +3.56%  throughout the day.

They included notables such as NBA star LeBron James, Oscar-nominated “Selma” director Ava DuVernay and comedian Michael Rapaport. And many, including James, drew a comparison between the violent act of Chauvin kneeling on Floyd’s neck, and former 49ers quarterback Colin Kaepernick’s peaceful #TakeaAKnee demonstrations during the U.S. national anthem to protest police brutality against African-Americans.

The image went viral, with artists such as Jamie Foxx and Snoop Dogg also sharing the powerful visual on their Instagram  pages. “In the words of @tyrinturner ‘now you get it,’” wrote Foxx. “No justice just us,” wrote Snoop Dogg.

Former President Barack Obama posted a statement on Twitter on Friday, writing that, “This shouldn’t be ‘normal’ in 2020 America. It can’t be ‘normal.’ If we want our children to grow up in a nation that lives up to its highest ideals, we can and must be better.”

He added, “It falls on all of us, regardless of our race or station — including the majority of men and women in law enforcement who take pride in doing their tough job the right way, every day — to work together to create a ‘new normal’ in which the legacy of bigotry and unequal treatment no longer infects our institutions or our hearts.”

Comedian Michael Rapaport posted a profanity-laced rant calling the officers “murderers” and linking together a series of recent racial incidents, including white Franklin Templeton worker Amy Cooper being filmed threatening to call the police on a black bird-watcher who had asked her to leash her dog in Central Park. “I’m going to tell them there’s an African American man threatening my life,” she was caught saying on camera. She was fired on Tuesday.

“If there’s no cellphone footage, then what? Then what happens?” asked Rapaport.

Watch it here — but be warned that there is some offensive language.

Director DuVernay tweeted a memorial directly to Floyd, as well, writing, “You deserved your breath, your dignity, your life.” She added that, “We must act - for you - and for all of those [where] no cameras are present. We must.”

Floyd’s sister Bridgett spoke to the “Today” show on Wednesday morning with the family’s lawyer, civil rights attorney Benjamin Crump, who is also representing Ahmaud Arbery’s family. A white Georgia father and son have been arrested and charged in the shooting death of Arbery, a black man who was jogging in their neighborhood.

“Me and my family are taking this very, very hard,’’ Bridgett Floyd told the “Today” show. “It’s very heartbreaking.”

She added that, “I would like for those officers to be charged with murder, because that’s exactly what they did. They murdered my brother. He was crying for help.”