To buy in the worst month of the year, you have to wait for your pitch 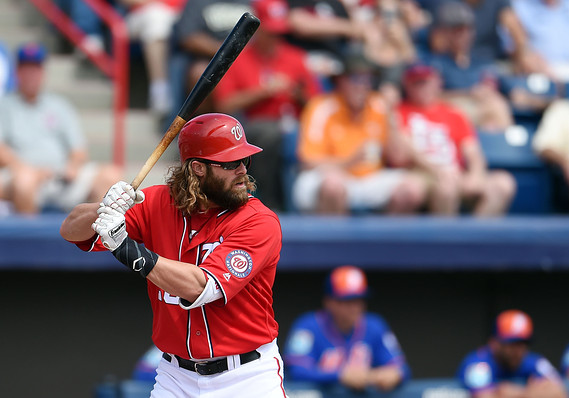 With another Fed meeting behind us and end of the third quarter lying just ahead, it's time to examine our portfolios, sell any laggard positions that have been held back during the post-BREXIT rally, and be very careful about any purchases. After all, September is the worst calendar month for the stock market, on average, so you don't want to be caught asleep at your desk once summer ends and Labor Day is behind us.

As you can see in the chart below, since the tail end of July, momentum as represented by the moving-average convergence/divergence (MACD) has been declining in an orderly fashion while the S&P 500 has been rising. This is what we technicians call "negative divergence." When momentum declines while price stays flat or rises , penalty flags start to fly, and it's time to re-evaluate your field position and how much risk you want to take in the game of investing. 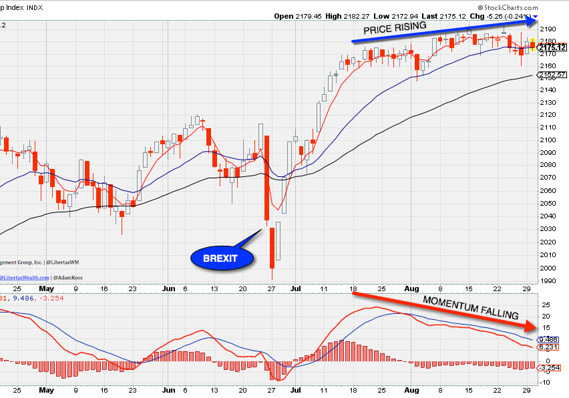 While the Fed and interest rates have been the talk of the town, it's also important to understand that there are two types of "interest rates." There's the fed-funds rate, and then there are Treasury yields. While the Fed has total control over whether they raise the fed-funds rate (the rate at which banks lend to each other), they have zero control over 10-, 20- and 30-year Treasurys.

At this point, the Fed never stops talking. They just talk and talk, but never really say anything (at least, anything we haven't heard before). In December, the plan was to hike rates six times. By February, that dropped to two. Now, who knows? There's a chance Janet Yellen and friends hike rates in December, but after watching the market fall more than -14% between November and February after raising rates a mere 0.25%, it'll be interesting to see, whether or not the Fed wants to be the blame of another steep market correction.

With regard to Treasury yields — interest rates that fluctuate along with supply and demand — there are two important events to pay attention to in September. The European Central Bank meets on Sept. 8 and the Bank of Japan on Sept. 21. If either (or both) decide to raise interest rates, you can bet your Thanksgiving turkey, Treasurys are going to rise here in the U.S., and that's not good for stocks or bonds.

Granted, September's poor performance is just an average. So it's entirely possible to see the ECB and BOJ sit on their hands and for the market to buck the historical statistics and come out swinging for the fences. However, taking such risk would be, well, risky ... especially considering how long in the tooth (overbought) the market has become. Just like it's more expensive to buy strawberries out of season, one shouldn't arbitrarily throw money at stocks when momentum is at its highest and most expensive on a short-term relative basis.

As I mentioned in my last column (Both bulls and bears leave evidence to make their case), "Like baseball, investing takes time, concentration and patience. Where they differ, however, is in the fact that when investing, you can stand around all day and wait for the perfect pitch." My bias continues to lean toward waiting for that pitch vs. swinging at a time when, metaphorically speaking, it's raining, windy, clouds are darkening the skies, the starting pitcher is on fire, and risk levels are high.

The institutional traders return to their desks on Tuesday, and the activity that prevails over the coming weeks is going to be instrumental to the direction of the market through the end of the year. So be patient, wait for that pitch, and in the meantime, enjoy your holiday weekend!