To survive the next few months, you only need two assets, says this money manager 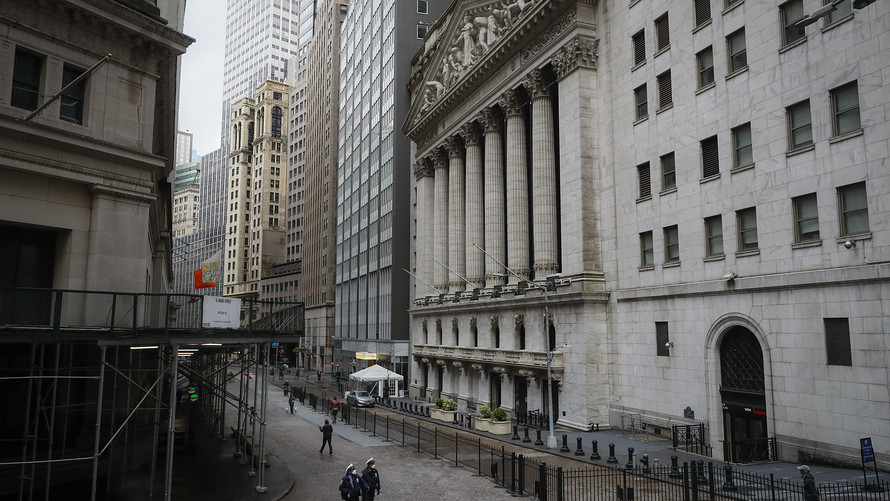 Associated Press
A bumpy road ahead

Another 3 million Americans filed for jobless claims this week.

And markets are showing less resilience than they have been, after Federal Reserve Chairman Jerome Powell put a pin in hopes that global economies can rebound quickly from the pandemic. And warnings from big investors over too-pricey stocks have been plentiful.

So one money manager who advises keeping things stripped for speed right now, which he does by trading just two instruments.

“We offer a very simple, scalable strategy that involves the S&P 500 ETFs /zigman2/quotes/209901640/composite SPY +0.68%  and cash,” being in one or the other, Thomas H. Kee Jr., President and Chief Executive of Stock Traders Daily and portfolio manager at Equity Logic , told MarketWatch in an interview.

Kee argues that a complicated and cumbersome portfolio, like some of the more popular ones with 20 or 30 stocks to keep track of, makes it tough to manage risk in a timely manner.

“The ease of use of simplifying a portfolio so that it just tracks the market or goes to cash allows it to protect itself quickly, and that’s essential when markets conditions are like they are today,” Kee said, referring to Wednesday when a big market drop saw him initially move to cash, but later switch to buying the S&P 500 due the depth of that fall.

Kee believes we are in a three-phase “greater depression era,” with the first coming when stocks and Main Street crashed in March. “The second stage is when the stock market is disconnecting with Main Street and that’s what we’re in now,” he said.

This period, which he expects to last for months, involves a wave of “fake money” coming from central bank stimulus, which will keep markets rising even if there are “swift and harsh declines” along the way. In this phase, investors need to “stay broad based and ride the wave until the music stops,” said Kee, whose models are predicting respective 95% and 50% chances of highs for the Nasdaq-100 highs and S&P by year-end.

That brings us to the dark final stage, likely at the start of next year, when Fed stimulus policies end, debt levels get “ridiculous,” and the solvency of the Fed gets questioned, potentially a big problem the financial industry and stocks, he said.

Stage three is usually “fast and harsh and brutal,” he said. And he has a bit of advice for 401(k) players when that last stage rolls around — move to cash. But ride the market out in the meantime.

A survey from MagnifyMoney (thanks to The Daily Shot ) shows that around 50% of Americans have either pulled money from retirement funds or plan to over the last 60 days, more than half to cover expenses: 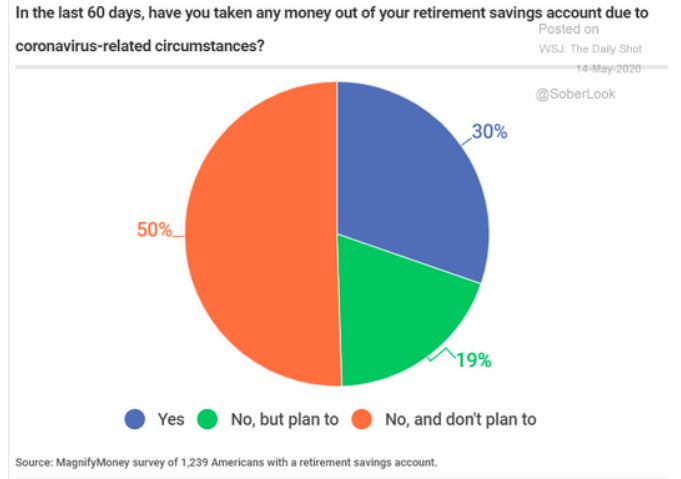 Cranes are bringing families back together.