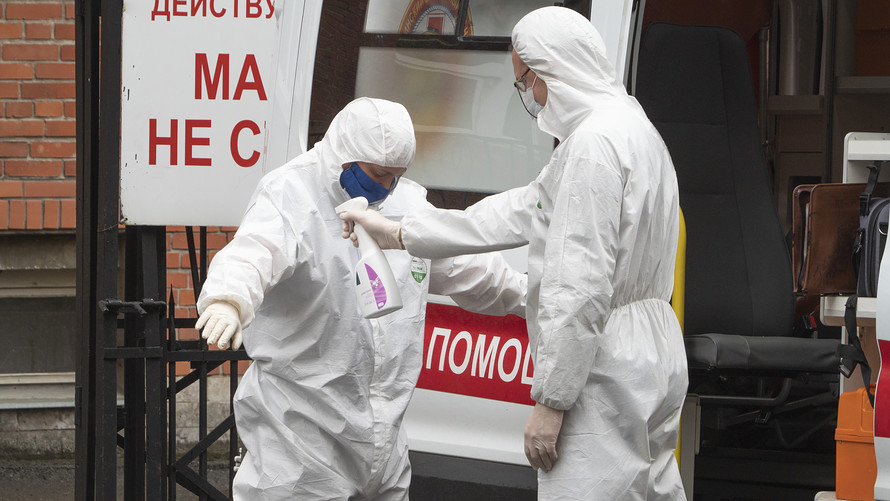 Associated Press
A medical worker wearing protective equipment disinfects a colleague after escorting a patient by ambulance to a COVID-19 hospital in St. Petersburg, Russia, on Monday.

How badly will the coronavirus pandemic impact the economy? Does $82 trillion sound not good?

That is the scary number put out by the Centre for Risk Studies at the University of Cambridge’s Judge Business School.

That figure, of course, needs to be put into context. That’s over five years, not one, and represents the potential hit to the global economy and not just the U.S. in what’s called the “economic depression” scenario.

The GDP for the world’s 19 leading economies was $69.2 trillion last year.

Its “optimistic” take is a loss of $3.3 trillion over five years. It says the consensus expectation calls for $26.8 trillion, or 5.3% of five-year GDP, to be lost .

If the numbers sound too outlandish, consider that growth and returns on assets can be depressed up to 40 years after the pandemic has passed, according to Keith Wade, chief economist at U.K. fund manager Schroders.

He looked at pandemics dating back to the Black Death in this hall-of-fame table of despair: 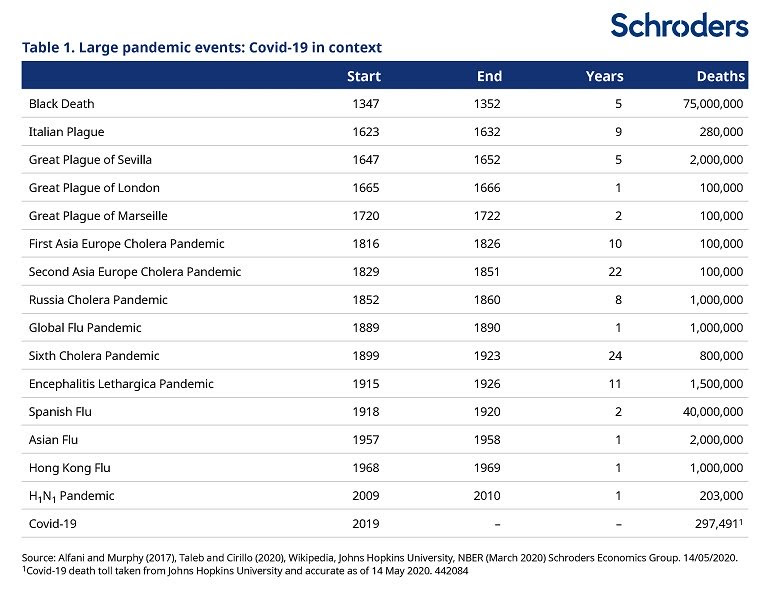 Paul Hollingsworth, head of U.K. economics at BNP Paribas, said at a presentation on Tuesday that the pandemic will bring about structural shifts, including higher savings by households, more protectionism, realigned supply chains and greater digitalization.

“So we might see people want to keep a bigger buffer going forward, as they might be concerned about both job prospects and their incomes,” he said, with concerns about future medical expenses and taxes also potentially impacting consumers.