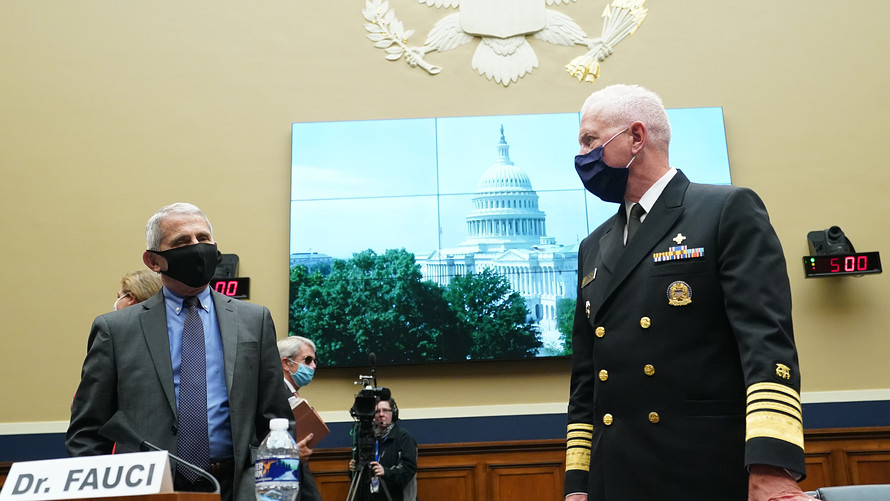 The country’s top testing official said Dr. Anthony Fauci, who has suggested states should pause reopening where coronavirus cases are spiking, is “not 100 percent right.”

“I respect Dr. Fauci a lot, but Dr. Fauci is not 100 percent right, and he also doesn’t necessarily, he admits that, have the whole national interest in mind,” Adm. Brett Giroir said Sunday on NBC News’ “Meet the Press.” “He looks at it from a very narrow public health point of view.”

Host Chuck Todd asked Giroir, the testing coordinator at the Department of Health and Human Services, about a Washington Post report that said Fauci has argued states with spikes should shut down again.

Giroir also said the White House coronavirus task force openly discusses all options, batting back claims that members are being sidelined if they have opposing views.

“I want to just put this to rest. There is complete, open, honest discussion within the task force. Task force meets three to four times a week,” he said, adding that Vice President Pence regularly calls him.

“I feel absolutely free saying anything to the vice president within those rooms. The vice president, I know, briefs the president on a daily basis. So nobody feels like anything is held back. We all take this as a serious crisis. It’s got to be science driving the policy. And that’s the way it is,” Giroir said.