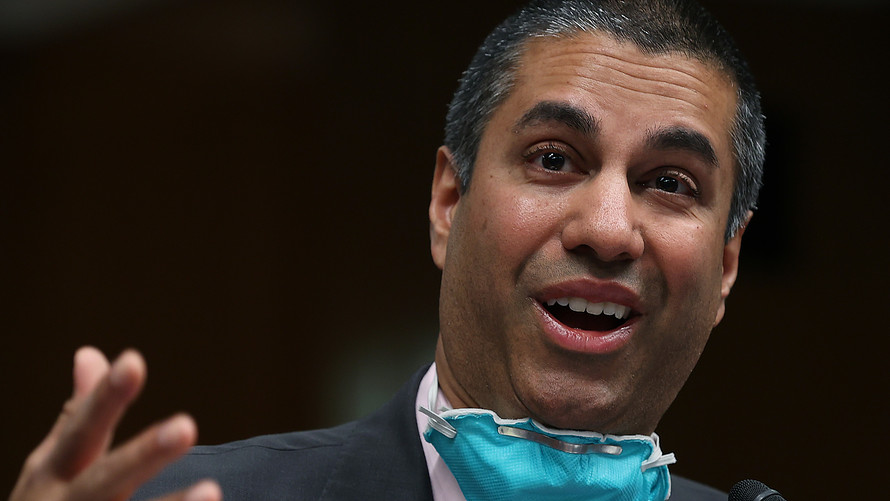 The Trump Administration outlined a plan Monday to commercialize a swath of military radio frequencies for use in next-generation 5G networks, yielding to cellphone carriers that have sought the spectrum for their own use.

The White House plan would arrange for the Federal Communications Commission to auction 100 megahertz of prized mid-band spectrum starting in December 2021, allowing telecom companies such as AT&T Inc. /zigman2/quotes/203165245/composite T -0.77%   and Verizon Communications Inc. /zigman2/quotes/204980236/composite VZ -0.96%   to bid on licenses for them. The industry has long sought the rights for more mid-band spectrum, which is considered ideal for new fifth-generation wireless signals because of its extensive bandwidth and reach.

“Under this administration’s approach, the American private sector will continue to build the next 5G networks,” White House technology adviser Michael Kratsios said during a telephone briefing with reporters.

The framework, if adopted, would strike a rare compromise among the Pentagon, FCC and other U.S. agencies that have sometimes squabbled over federal 5G policies. Department of Defense officials have been leery of past efforts to commercialize their reserved spectrum. The mid-band spectrum at issue is used for naval radar systems, missile control and air traffic, among other uses.

Get news alerts on AT&T Inc. and Verizon Communications Inc. — or create your own.