Analyst sees removal of private-prison contracts as unlikely under Trump, no matter what Justice Department memo said in August 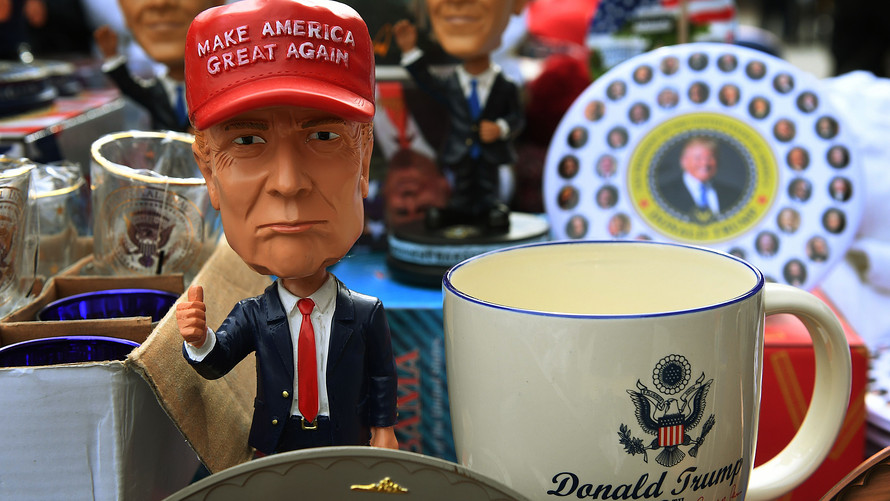 Getty Images
Some things besides prison stocks you can buy for Trump’s inauguration.

The inauguration of President-elect Donald Trump on Friday will highlight the most compelling opportunity in years to buy prison stocks, according to analyst Michael Kodesch at Canaccord Genuity.

Kodesch said investor concerns about the drop in federal prison populations over the past few years may be overdone, as the recent deceleration in the decline suggests the Fair Sentencing Act of 2010, which eliminated some minimum penalties for drug possession, is running its course.

And with private Bureau of Prisons facilities made up primarily of criminal aliens, Kodesch said recent immigration trends and a new administration with Jess Sessions nominated as attorney general should provide continued demand for those prisons.

There were 189,316 federal inmates as of Thursday, with 12% of that population in privately managed facilities, according to the Bureau of Prisons. That’s down from a peak of 219,298 in 2013.

“As we approach Trump’s inauguration, we see low risk to contract renewals and the overall private prison business model, driving a compelling investment opportunity,” Kodesch wrote in a note to clients.

Shares of privately run prison stocks had plunged to multiyear lows in August, after the Deputy Attorney General Sally Yates wrote a memo to the Federal Bureau of Prisons, telling the officials not to renew private-prison contracts or to substantially reduce their scope. GEO Group Inc.’s shares /zigman2/quotes/209855552/composite GEO +0.65%  tumbled 40% on Aug. 18 and CoreCivic Inc.’s shares /zigman2/quotes/200590180/composite CXW +0.38%  plummeted 35%. 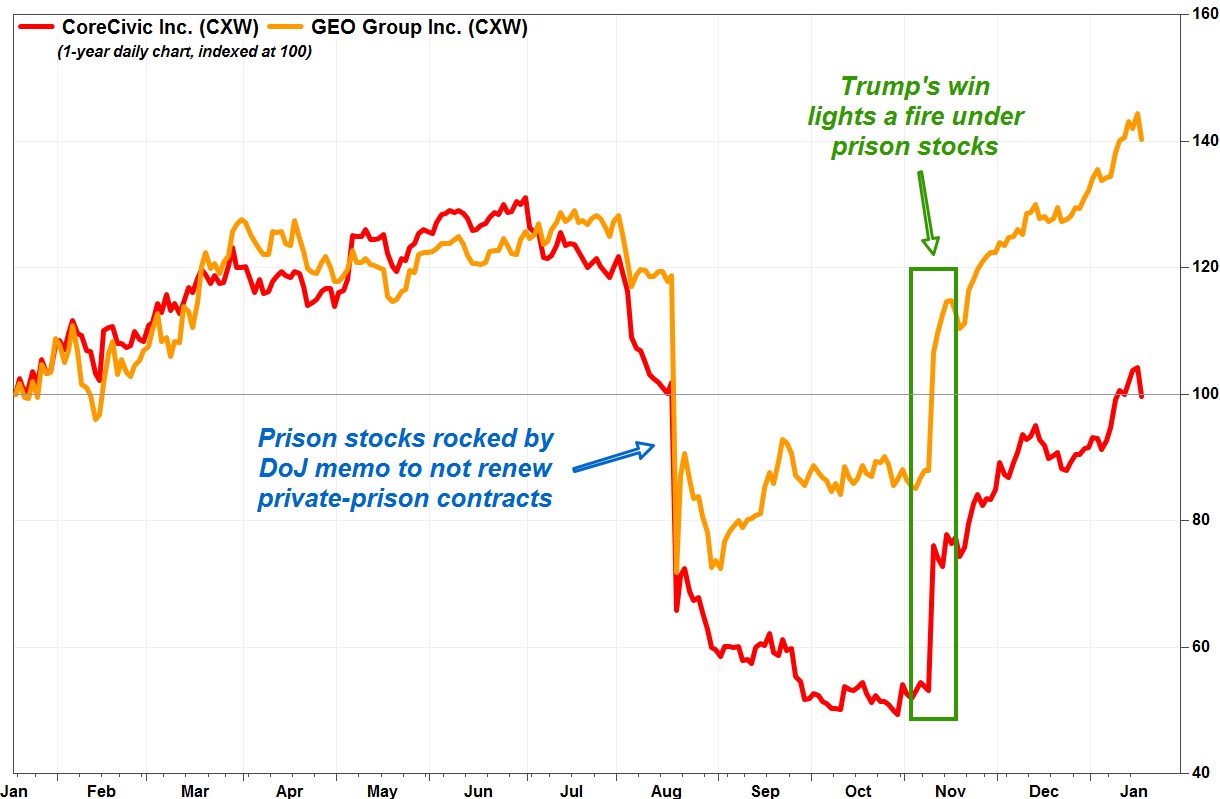 “We see the removal of private contracts...unlikely during the Trump administration, regardless of the [Justice Department] memo from last August,” Kodesch wrote.

The stocks had floundered just above the August lows until Trump’s election victory. GEO Group’s rocketed 21% the day after the election, and is now up 64% since the election through Thursday’s close. CoreCivic shares shot up 43% on Nov. 9, and have now nearly doubled since Nov. 8.

“In our view, GEO and CXW are preparing to enter a sustained period of pro-private, tough-on-crime policies alongside comprehensive immigration reform,” Kodesch wrote. “We believe the present shortage of [Immigration and Customs Enforcement] beds, in addition to pockets of capacity constraints and/or criminal justice reforms pushing for alternative corrections at the state level, create a material external growth opportunity not seen in years.”

Looking at the border apprehensions last year, and factoring in recent contract awards, Kodesch projects another 6,600 beds will be contracted by the ICE this year, even without factoring in the potential from Trump’s immigration policy.

Get news alerts on GEO Group Inc. and CoreCivic Inc. — or create your own.