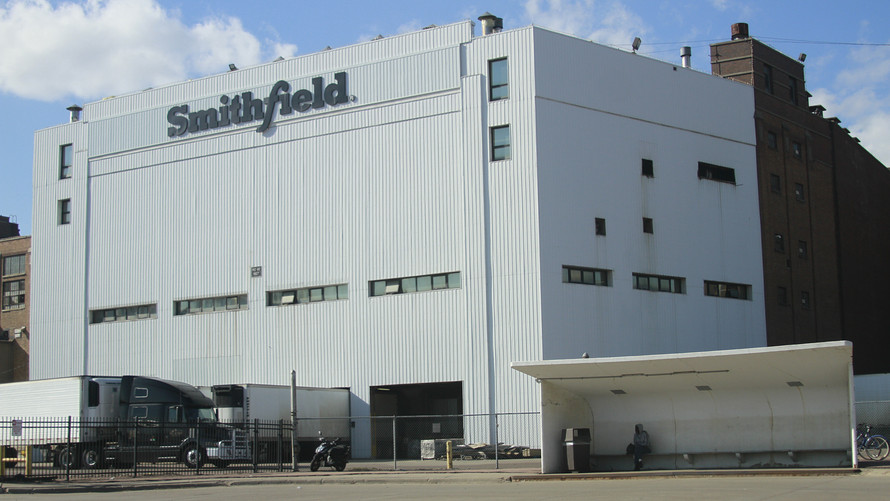 Associated Press
Smithfield Foods halted production at its plant in Sioux Falls, South Dakota, after an outbreak infected 853 workers there.

The order uses the Defense Production Act to classify meat processing as critical infrastructure to try to prevent a shortage of chicken, pork and other meat on supermarket shelves. Unions fired back, saying the White House was jeopardizing lives and prioritizing cold cuts over workers’ health.

More than 20 meatpacking plants have closed temporarily under pressure from local authorities and their own workers because of the virus, including two of the nation’s largest, one in Iowa and one in South Dakota. Others have slowed production as workers have fallen ill or stayed home to avoid getting sick.

“Such closures threaten the continued functioning of the national meat and poultry supply chain, undermining critical infrastructure during the national emergency,” the order states.

The United Food and Commercial Workers International Union, which represents 1.3 million food and retail workers, said Tuesday that 20 food-processing and meatpacking union workers in the U.S. have died of the virus. An estimated 6,500 are sick or have been exposed while working near someone who tested positive, the union says.

As a result, industry leaders have warned that consumers could see meat shortages in a matter of days. Tyson Foods Inc. /zigman2/quotes/201117502/composite TSN +0.73%  , one of the world’s largest food companies, ran a full-page advertisement in The New York Times and other newspapers Sunday warning, “The food supply chain is breaking.”

“As pork, beef and chicken plants are being forced to close, even for short periods of time, millions of pounds of meat will disappear from the supply chain,” it read.

Tyson suspended operations at its pork plant in Waterloo, Iowa after a slew of infections, and Smithfield Foods halted production at its plant in Sioux Falls, South Dakota, after an outbreak infected 853 workers there.

The 15 largest pork-packing plants account for 60% of all pork processed in the U.S., and the country has already seen a 25% reduction in pork slaughter capacity, according to UFCW.

A senior White House official said the administration was trying to prevent a situation in which a “vast majority” of the nation’s meat processing plants might have temporarily closed operations, reducing the availability of meat in supermarkets by as much as 80%.

The official, who spoke on condition of anonymity to discuss the order before its release, said the White House was also working with the Labor Department to provide enhanced safety guidance for meatpacking workers. That will include trying to minimize the risk to workers who may be prone to serious complications from the virus, including strongly recommending those over the age of 65 and with preexisting conditions stay home.

The order, which was developed in consultation with industry leaders including Tyson and Smithfield, is designed, in part, to provide companies with additional liability protections in case workers get sick.

But UFCW International President Marc Perrone said that more must be done to protect the safety of workers.

“Simply put, we cannot have a secure food supply without the safety of these workers,” he said in a statement, urging the administration “to immediately enact clear and enforceable safety standards” and compel companies to provide protective equipment, make daily testing available to workers, and enforce physical distancing, among other measures.