Trump Organization has laid off about 1,500 employees as pandemic hits business 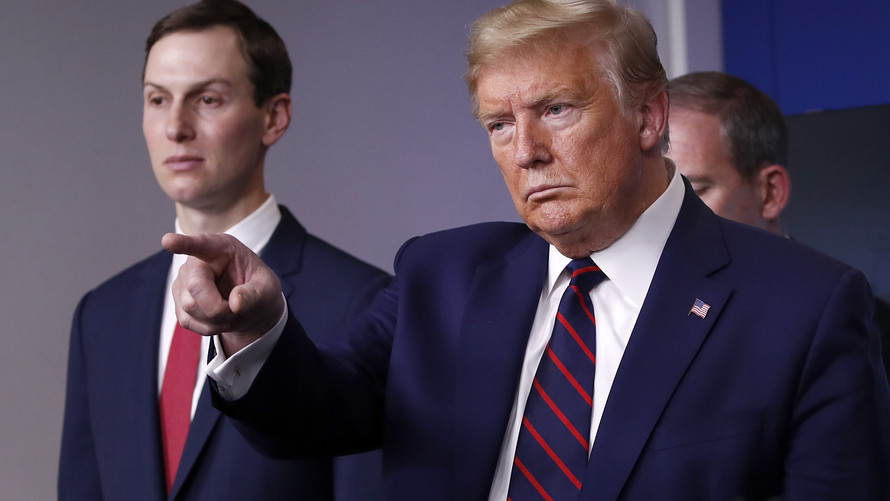 The Trump Organization has laid off or furloughed about 1,500 employees at hotels in the U.S. and Canada as the coronavirus pandemic inflicts pain on the president’s private business, the Washington Post reported late Friday.

With most of U.S. President Trump’s hotels and clubs closed amid stay-at-home orders around the world, the Trump Organization has responded by cutting costs, like other companies in the hospitality and tourism industries.

The family business of President Trump is also in informal discussions with Deutsche Bank AG about delaying some loan payments as the coronavirus forces widespread disruptions to the economy, Bloomberg reported Friday.

Trump Organization representatives reached out to the Deutsche Bank’s private banking unit in New York late last month and the talks are ongoing, according to the New York Times .

The global coronavirus pandemic has forced borrowers and lenders across the globe to discuss ways to pay debts while admitting the huge pressure on company bottom lines. But the request from the Trump Organization is especially delicate after Deutsche Bank decided to keep Trump’s business dealings at arms length when he took office.

The Trump Organization has laid off or furloughed employees at hotels in New York, the District of Columbia, Miami, Chicago, Las Vegas, Vancouver and Honolulu, according to public filings and people familiar with the properties, including union officials.

Seventeen of Trump’s clubs and hotels have closed. The remainder of Trump properties are operating at a fraction of their normal capacity: hotels running with restaurants closed, golf clubs operating with clubhouses shut down, and golfers warned not to share carts or touch the flagsticks.

All told, the closed properties generated an average of $650,000 in revenue for Trump per day, according to Trump’s past financial disclosures.

That economic strain has pushed Trump Organization officials to inquire about possible relief, at least temporarily, from the company’s financial obligations at one of its properties.

“Because payment has not become due, and in light of Governor’s DeSantis’ executive order shutting down businesses throughout the State of Florida as a result of the COVID 19 pandemic, the County advised us to refrain from making payment until they have finalized their policy for the handling of their numerous leases,” Alan Garten, a Trump Organization executive, said in a statement. “As soon as the County finalizes its guidance, we will, of course, fully and timely comply with its directives as well as continue to comply with the requirements of the lease.”

Palm Beach County officials did not respond to a question about Garten’s comment that the company was advised not to make the payment.

As of Friday, 17 of Trump’s 24 clubs and hotels around the world were closed. The latest to close was Trump’s hotel in Vancouver, Canada — which announced its closure Thursday.

In Chicago, the Trump hotel told investors on Friday that it had made the “heartbreaking decision to” lay off two-thirds of its staff, required the remaining staff to work on two to three days a week, and suspended 401(k) contributions for all.

The company also has to pay an April bill to New York City, related to ice rinks, a carousel and a golf course that the company runs under city contracts. A representative of the city parks department said Friday that “they do not have a past due payment at this time” but declined to say more.

The company has been trying to sell its D.C. hotel lease since late last year, an effort that has been sidelined by the pandemic.